Refer below to learn South Sea Mermaid's Attack Patterns with example strategies that you can use.

- Only affects those that are within the attack range.
- Note: Click+hold enemy's red tiles to check attack pattern. First turn will always show incoming Attack Pattern 1. 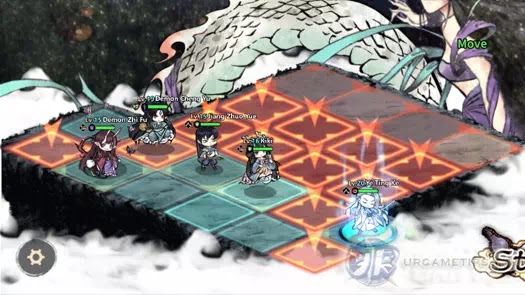 (Ignore characters, use only as reference for Attack Pattern 1) 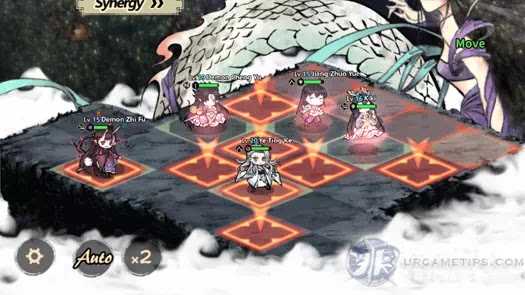 (Ignore characters, use only as reference for Attack Pattern 2) 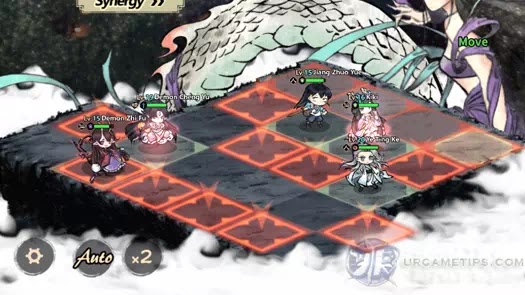 (Ignore characters, use only as reference for Attack Pattern 3)

- I would recommend placing 2 Healers (Shield Type or Support Type) directly in front of the Boss. 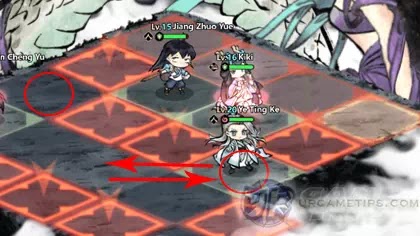 - Place 1 DPS unit (T3+ Output Type or Range Type) in the 3rd column from the left (4th/bottom tile from top-left). Move him/her to the 2nd column (center tile) after Attack Pattern 3 to dodge the incoming Attack Pattern 1 and ATK- debuff, then move him/her back to the original position to attack again (Attack > Attack > Dodge > Repeat).
- It is possible to defeat this Boss with only 1 strong DPS unit.

- 4th Character: I would recommend 1 T3+ Output or Range Type Buffer, Debuffer, Control, DoT (Poison/Burn) unit, or a Debuff Remover, unless the Boss got immunity to certain status effects. Place that Yokai in the 3rd column from the left (top tile - refer above pic). DPS is not good here because of the ATK- debuff unless you have a debuff remover.
- 5th character can be any unit that you like, or just use 4.

- Note: The above example strategy is NOT the only way to defeat this Boss.

- How to Enhance Gears and Farm Enhance Materials