✔ Strife D Leingod Published 9:09 AM
Tags
Android and iOS Game Apps
GunboundM Tips and Guides
If you are still unsure which Avatars to choose to ride your Mobiles, then here's some helpful tips that might help you decide.

Observe Ranking Leaders
- One quick way is to check and observe league top rankers if which Avatars are they using to their Mobiles. This will also give you some ideas for your own Mobiles. 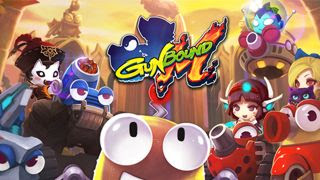 There Are 2 Primary Roles:

- First, I would suggest that you choose a role first for your Mobiles before deciding which Avatars to use. Here's some helpful info and tips that might help you decide. Synergize the following conditions to your Avatar's skills.

- These 2 Mobiles will be your first ones to battle, so expect that one will get killed before your 3rd Mobile can enter the battle. Now, your aim for these Mobiles is to deal as much damage to your opponent's Mobiles before they are killed off, or at least survive longer to deal damage over time.

- Charging their SS bars will take more turns, and expect that 1 of them might not be able to reach full SS bars.

Yellow Jewel Slots:
- Bonuses that activates after a number of turns are good, but only 1 Mobile will probably benefit from this because the other one will get killed off before reaching the required number of turns. Best with sturdy Mobiles because most of the time, your opponent won't attack them first.

- Bonuses that activates while the Wind Force is at a certain number are OK for these Mobiles, especially if you are playing Pro Battles, because 1 of them won't last long anyways. Best for Mobiles that you think will get killed off first (usually Mobiles with high attack and lower Health).

As Your 3rd Mobile

- This Mobile has a high chance that it will be killed off last, so Avatar skills that activates while your Mobile is alone, would be very useful.

- Charging their SS bars are pretty easy, especially if you can drop them next to an enemy Mobile, then perform a Super Sky Shot + Risky Shot Success to get 2 SS bars, so it's possible to activate their SS skill after 2 turns.

Yellow Jewel Slots:
- Bonuses that activates after a number of turns is the best choice here since they will enter the battle late, plus the bonus will be active all the time.

Having 2 Mobiles with Different Avatars a Good Idea Then?

- Yes if you can or want, one designed as starter, then the other one as a 3rd Mobile or finisher.
- For beginners, just pick your top 3 Mobiles then decide their roles.

Avatars for Starter Mobiles (Free and Gear Only):

- We will only consider Free and Gear Avatars Only, since these are the most common ones. Note that these are just recommendations and are not the only way to customize your rides.

- Kubo:
- Recommended for Mobiles with at least 6 Health and 6 Blast Range, since the percentage chance of triggering his increased Blast Range is 25%. Players that mostly play Pro Battles should use Yellow Jewels that increases damage depending on Wind Force. Using Yellow Jewels that increases damage after a number of turns are also OK, but only the surviving Mobile will benefit from this.

- Ghost Sword or Wendy
- Recommended for Mobiles with at least 6 Health since they don't have any green slots.

- Joker
- Recommended for Mobiles with at least 6 Health and 7 Attack. Preferably, on Mobiles that doesn't get targeted first. Great backup finisher if your 3rd Mobile got targeted first.

- Yeti
- Free B Grade Avatar from various rewards in-game.
- Recommended for Mobiles with 5 or less Health like Asate, JD, Boomer, and Malite. Yeti is actually a pretty good stat balancer and attack enhancer.

Are Glass Cannons Good?
- The reason why I won't recommend giving an offensive type Avatar to Mobiles with 5 or less Health is because they are so easy to kill during your opponent's 1st turn! Surviving those attacks would let you have at least 1 attack turn, and take 1 or 2 attack turns from your enemy just to kill that Mobile on their 2nd turn.

- Ghost Dancer or Jesica
- Recommended for Mobiles with at least 7 Health to increase the effectiveness of their Recovery Skill. Examples: Armor, Nak, Lightning, Turtle, and Ice.

Avatars for Your 3rd Mobiles (Free and Gear Only):

- We will only consider Free and Gear Avatars Only, since these are the most common ones. Note that these are just recommendations and are not the only way to customize your rides.

- Joker
- Recommended for Mobiles with at least 6 Health and 7 Attack. This is an excellent Avatar for your 3rd Mobile, like Slam, Nak, Turtle, Grub, and Lightning.

Any Starters Above Can Be Finishers

- Just follow the recommended Avatars.
- The only difference are their equipped Jewels. Example: 3rd Mobiles should equip Yellow Jewels that increases damage after a number of turns.

*If you are still unsure, play with your Mobiles first, until you find the best fit or what it needs to compensate it's weaknesses. Good Luck ^^