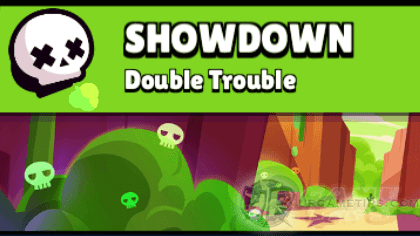 - Scattered across the map but spawns randomly. If you are unlucky, you won't get any boxes near your spawn point and need to move towards the center or other areas just to get them. Some locations will spawn 1 or more than usual.
- The center area will definitely get lots of boxes though so expect an early match.

- Map is more open, fewer obstacles than most maps, and those bushes can be easily scouted, so in general, I would recommend ranged Brawlers here.

- As the poison clouds closes in towards the center, the lower part of the available area still got some more space to move, which is much safer. Avoid the top most part if possible to avoid getting sandwiched unless you have high Power Lvl and Power Cubes.

- Yup, this map can be played by any Brawlers. Your aim here is to farm Trophies so getting 2nd~5th is totally fine.
- Recommended Power Lvl: At least 6 or 7 for 380+ Trophies.

- If you have patience, getting 10th, 9th, or even 8th isn't common here, unless unlucky and got chased early on. Another reason is because aggressive players will go to the center area right away to grab those Power Cubes, and would likely end up fighting each other or force someone to retreat with low HP.

- TIP: If you find your matches somewhat toxic because of team-ups, or maybe most players are also camping - making it harder for you to farm trophies, try to play again after some time to reshuffle competing players.

- Grab Power Cubes that you can (sacrifice boxes if being chased by someone stronger) and try to charge up your Super early on (don't harass them too much or they might chase you non-stop). Hide, attack if needed, and survive until there are only around 6 left, then go a bit aggressive or continue hiding.

- Avoid getting sandwiched or trapped, transfer quickly to a not so crowded area early on if needed.

- Camping here would need some luck, because ranged Brawlers can easily scout all bushes. Your best area would be the bottom part of the map, or if you are feeling lucky, you can hide near the center of the map.

- Moving from bushes to bushes can be tricky, so always watch enemy movements to learn when to move. Example: When they are no enemies nearby or while they are fighting.

- Once those poison clouds closes in to the center, keep hidden if possible to avoid enemy auto attacks, and use those obstacles as shield. Pick your fights well, if possible, try to wait for them to hit each other first before joining in.

- Same strategy above.
- Most of the time, the end game would be a 4 or 5 way stand-offs, so having a range and decent HP is an advantage (Upgrades and Power Cubes). They would usually go and kill off low HP Brawlers first.

- Same strategy above but this time if you get spotted, use your move speed to dodge and escape from long ranged attacks. Do not run in a straight line to be less predicable.
- Breaking boxes should be fast for these guys so use that and try to grab some at the center if you can.

- You'll be in a disadvantage once the fight is taken to the center because of your range, so use those obstacles and remaining bushes to your advantage. If you can survive well, getting top 5 should come smoothly.

- Note: This map is ok but there are better maps for these guys, especially if you have great upgrades. Darryl however can be good here to pick off squishy or low HP targets (best if you have his Star Power unlocked).

- Their range alone is deadly for this map because they can move freely, and easily scout bushes.

- For Brawlers having a nice move speed and range is even better here because you can escape from melee Brawlers or easily chase targets.  Move Speed would also let you run faster towards the center to break even more boxes.

- Once those poison clouds closes in to the center, keep hidden if possible to avoid enemy auto attacks, and use those obstacles as shield. Do not let anyone come near you, kill them off asap.
- You have lower max HP so they might target you first, so pick your fights well and quickly lower someone else HP.