Ultimate Break means to surpass the limits and overcome the absolute! Vermillion not only attacks all units in the front row, it gains 1 Critical as well. Even if the opponent has a Sentinel, it will cause them to use it, and make it easier to hit the reat-gaurds!

- Crit Vanguard = Can do 2 or more damage per attack.
- Cross Ride Vanguard = Permanent +2000 Power when condition is met.
- Field Control = Can retire units controlled by the opponent. 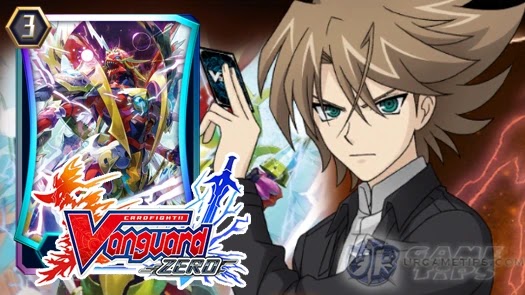 - Dragon Monk, Kinkaku (G2) = Add x2~x3. Mainly used to add damage to your Damage Zone (aka "Self Damage") to activate Limit Breaks earlier than usual, add if you like to use.
- Dragonic Deathscythe (G2) = Add x2~x3. When placed, CB2 to retire 1 of your opponent's grade 2 or less rear-guards.
- Storm Bring Dragon (G2) = Add x2~x3. When this unit's attack hits a Vanguard, CB1 to look at 5 cards from the top of your deck, and add a Grade 3 or greater card to your hand.
- Thunderstorm Dragoon (G2) = Add x2~x3, nice base Power and Defense.

- Sealed Demon Dragon, Dungaree (G3) = Add as filler, use as sub Vanguard for this build. (VC): When placed, bind 2 cards from the top of your deck face up.
- (VC): LB4 (1/Turn), CB1 and put a card from your Bind Zone to the bottom of your deck at random, to retire 1 of your opponent's front row rear guards. 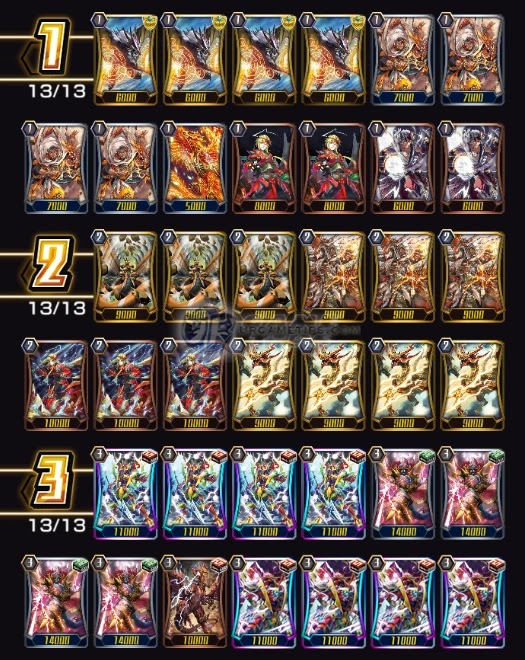 - Your aim for this build is to deal 4 or 5 damage, then end the battle with your "Vermillion's" Limit Break skills.

- Place Desert Gunner, Shiden (G2) and/or Desert Gunner, Raien (G1) to disable your opponent's Grade 2 Intercept ability. Useful to help you land more Damage (rear-guard can attack first before your Vanguard for example) or end the battle.
- Use them as well when using Djinn of the Lightning Flash (G3), to open up a clear path to the Vanguard since it can't attack rear guards.
- TIP: Try to limit Djinn of the Lightning Flash (G3) to 1 in play, especially when your opponent can place 2 Intercepts, to avoid mistakes, unless you can disable or retire at least 1 of their 2 Intercepts. This is also where you can use your "Vermillion's" Limit Break skills.
- Dragonic Kaiser Vermillion (G3) is still your main Vanguard, Cross Riding is optional depending on the situation, because of "THE BLOOD's" (G3) Limit Break activation requirements (check more info below).
- In case of a miss-ride, you can ride straight to Dragonic Kaiser Vermillion "THE BLOOD" (G3) especially if you are up against rushers, best with self damaging cards to help activate it's Limit Break skill.
- Switch between your 2 main Vanguards depending on the situation and available CBs.

How To Use Dragonic Kaiser Vermillion (G3)

- This is really useful for clearing Intercept cards, especially when your opponent isn't paying attention to your Damage Zone and CB usage. Some players would sometimes deny you Damage, so try to pressure them by reserving 2 CBs (reserve 1 CB at 3 Damage), while dealing more Damages.

How To Use Dragonic Kaiser Vermillion "THE BLOOD" (G3)

- (VC): LB5, CB3 to get +5,000 Power/Critical+1 and the following ability until end of turn. "(VC): This unit battles every unit in your opponent's front row in 1 attack."
- Similar to Dragonic Kaiser Vermillion's (G3) skill but with higher requirements, consider using if you want to utilize it's 13,000 Cross Ride numbers, want to rush the battle or catch up on damage using it's Critical attacks.
- Best with Garuda (G2) and Heal Triggers to help recover CBs.
- (VC): Cross Ride If Dragonic Kaiser Vermillion (G3) is in your Soul, this unit gets +2,000 Power.
- (VC): If this unit is Cross Riding, its LB5 becomes LB4.
- A 13,000 base Power Vanguard would force your opponent to adjust their combos to 13k/18k/23k.

- Rising Phoenix (G1) = When placed, SB2 to draw a card. It is possible to get up to 4 cards in Soul by using your FV's skill. Just be careful not to disable Cross Ride bonuses unless needed (if you have more than 1 card).