Monsters work a little different from the Heroes. Instead of increasing their own power, Monsters are more proficient at weakening the opponent. By reducing the opponent's power to 0 and below, and even reducing the Vanguard's Power, it will be easier to strike continuously!

- Field Control = Can retire units controlled by the opponent. - Subterranean Beast, Magma Lord (G3) = Add up to x4, your sub Vanguard for this build. 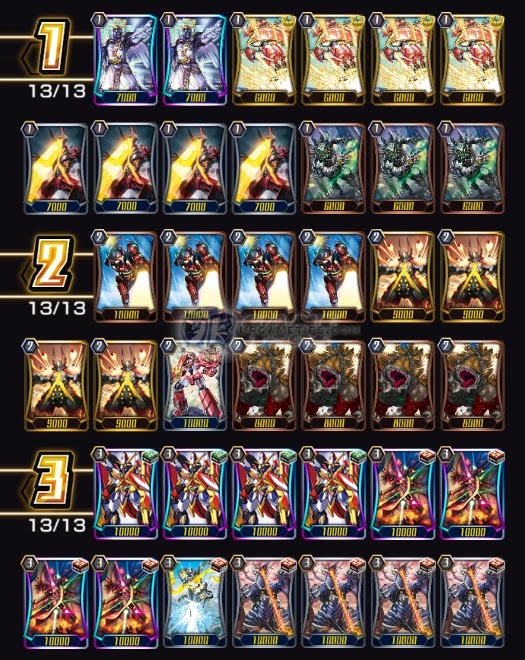 (*Use as reference, feel free to remove/add cards.)
(*Replace x1~x3 Twin Order (G2) with Dimensional Robo, Daifighter (G2) if you like.)

- Riding all "Zeal" ride chain would give you 2 chances, use the 2nd effect to retire a Booster with 7,000 or less Power (debuff the target with -5,000 Power then use Psychic Grey (G1) or Assault Monster, Gunrock (G2) to reduce another -2,000 and retire).
- You can also use it to the Vanguard to help you land 2 or 3 Damage (even better if your opponent is still using a Grade 2 Vanguard).

- Optional: Use Psychic Grey (G1) and Assault Monster, Gunrock (G2) to debuff Intercepts in case your units have lower Power.

- If the above 2 options are not viable or after riding Zeal (G3), another option is to ride your Sub Vanguard Subterranean Beast, Magma Lord (G3) during your 3rd or 4th turn (otherwise better stick to Zeal (G3) all the way). If you can get another copy of Magma Lord (G3), you can re-ride again to reach at least 6 cards in Soul (to use it's Mega Blast skill).
- Note though that if you want to use Magma Lord (G3) as Vanguard (also in case of a miss-ride) and decide to focus on it's Mega Blast skill, riding Zeal (G3) is optional (like only when you get Heal Triggers to recover CBs, or when you have copies for Persona Blasts).
- NOTE: Overall, in order for this build to work better, you might need to proc more Draw Triggers because you are losing cards by doing re-rides (one way is to use Commander Laurel (G1)).

How To Use Galactic Beast, Zeal (G3)