NOTE: Granblue cards are available from limited Clan Events. During the event, farm "Event Tickets" from Character Fights and use those to Challenge Gouki Daimonji to get exclusive items that will be used to play the limited time Gacha that only features Granblue cards!

- Good Defense = You can call more Intercept Cards from your Hand or Drop Zone!
- Higher Trigger Chance = Getting non-Triggers cards and/or adding Trigger cards can increase your chance to get more Triggers!
- Multi Attacks = Can attack more than 3 times in 1 turn.
- 16,000+ RG Columns = Easy to build 16,000~17,000 Power columns.
- 21,000+ RG Columns = This deck build will not heavily rely on building 21,000+ Power RG columns except when using Trigger Check buffs. 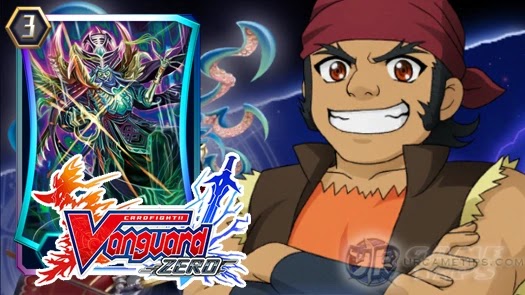 - Chappie the Ghostie (G1) = Aim for x3 or x4, awesome card to move specific cards from your deck to your Drop Zone. One way to reduce your deck's non Trigger cards.
- Captain Nightmist (G2) = Aim for x4, call this card from your Drop Zone (CB1).
- Ice Prison Necromancer, Cocytus (G3) = Aim for x4, your main Vanguard for this deck build.
- Death Seeker Thanatos (G3) = Add up to x4, a nice rear guard unit used to set up multi attacks and call an Intercept card from the Drop Zone.

- Three Star Chef, Pietro (G2) = Add x3~x4. When attack hits a Vanguard, Counter Charge 1.
- Stormride Ghost Ship (G2) = Add x2~x3, high Power and Defense. Learn how to remove it's Restraint status (call a card from the Drop Zone), or just use to Intercept if you have no choice.

- Witch Doctor of the Abyss, Negromarl (G3) = Limit to x1, add as filler if you need more cards. 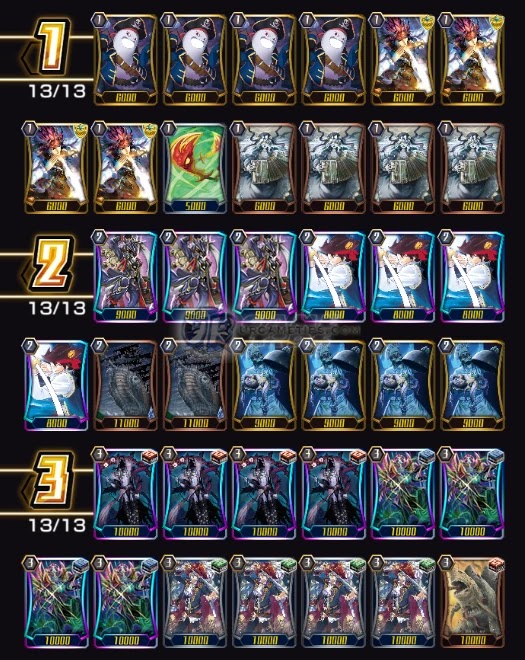 - Your aim here is to use your Drop Zone as an extension of your hand. Fortify your defense and keep spamming Grade 2 Intercept cards to minimize damage per turn, exhaust their Intercept cards to force them to place Grade 1 and 3 cards, then use that to deal more Damage!

How To Use Ice Prison Necromancer, Cocytus (G3)

- (VC): When placed, CB2 to call a card from your Drop Zone.
- Always reserve 2 CBs before riding this card (including when doing re-rides if needed). Use your Intercepts to control how many Damage you would like to take per turn.

- In case of an early miss-ride, your plan B is to ride any viable Vanguard, then focus on using your rear guards Captain Nightmist (G2) and Thanatos (G3) to intercept attacks while attacking.

Which Cards To Call From the Drop Zone?

- Any card you need for the current situation will do, refer below for examples. Set them up by using your FV's skill or Chappie the Ghostie (G1) if needed, before riding Cocytus (G3).

- Three Star Chef, Pietro (G2) = Nice combo because you'll be calling this unit with 2 CB then do a Counter Charge to recover 1 CB (first attacker). Make sure that you have a Booster though unless you can hit the Vanguard, or buff it using Ripple Banshee (G1) to reach 11,000 Power.

- Stormride Ghost Ship (G2) or Ruin Shade (G2) = Call if you don't have any Booster/Buffer available especially during the early part of the battle. These units can reach higher Power.
- Captain Nightmist (G2) is also good if he has a copy in your Drop Zone. If you can't decide which card to send to the Drop Zone, this is a always a good choice.

- Thanatos (G3) = This a bit tricky, refer below on how to use this unit. Call if your opponent's Damage is 4 or less, and you have Boosters/Buffers available to use.

How To Use Death Seeker, Thanatos (G3)

- (RC): When attack hits a Vanguard, CB1 and retire this unit and call a card other than Thanatos (G3) from your Drop Zone.
- Useful for setting up multi attacks, best used when your opponent's Damage is 4 or lower.

Example Combo #1:
- Place Ripple Banshee (G1) behind this unit, and use her skill to buff Thanatos (G3) to 12,000 Power (if opponent's Vanguard is 10,000 Power or lower, no need to use buff). Next, let Thanatos (G3) attack the Vanguard without using Booster, activate skill (CB1) to call Stormride Ghost Ship (G2), Captain Nightmist (G2), or Ruin Shade (G2) to that same spot to build a 17,000 Power column.
- NOTE: Only call Captain Nightmist (G2) if you have a copy in your Drop Zone. Other Grade 2 cards with lower Power are also ok, just use to intercept and rely on Triggers for bonuses.

Example Combo #2:
- In-case you can't use Ripple Banshee's (G1) skill, just let Thanatos (G3) + Booster attack the Vanguard, follow same method above and call a unit to that same spot. This time, let your Vanguard attack and try to get a Stand Trigger to stand that Booster, or just use any Trigger's Power Bonus to increase Power.

- Dancing Cutlass (G1) = SB2 to draw a card. Also use this as sacrifice for Captain Nightmist's (G2) skill.

How To Get Cards to the Drop Zone?

- Retiring cards due to a card effect will move that card to the Drop Zone, same way when using Soul Blast.