Dragonic Waterfall is a nice Vanguard that can increase it's own Power to 14,000 when attacking a Vanguard. Use boosters to hit high numbers, and if needed, you can also use it's skill to add another +10,000 Power until the end of turn! 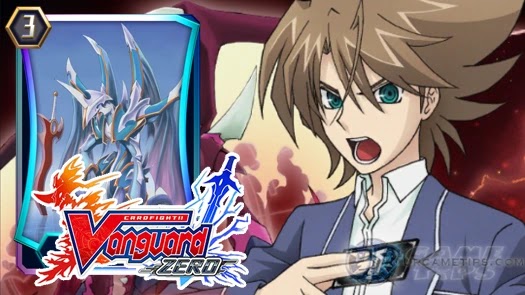 - Dragonic Waterfall (G3) = Add x4, 11,000 base Power that can reach 14,000 Power when attacking a Vanguard, your main Vanguard for this build. When it attacks, you may discard a Grade 3 from your hand, and this unit gets +10,000 Power until end of turn.
- Berserk Dragon (G2) = Limit to x2~x3, low Power but used to retire G2 or less units when needed (CB2), balance this with your other Counter Blast users.
- Demonic Dragon Mage, Kimnara (G1) = Add x2~x3, CB1 to put this unit into your Soul and retire 1 of your opponent's Grade 1 rear guards.
- Heatnail Salamander (G1) = Add x4, to retire a Grade 1 card when the attack it boosted hits a Vanguard.

- NOTE: For this build, it is better to add high base Power Grade 2 units to increase your column's Power without relying too much on Boosters, because your Grade 1 units will mainly focus on retiring your opponent's Boosters.

- Bellicosity Dragon (G2) = Limit to x2 if you want this card, low Power but used to "Counter Charge" to use more "Counter Blasts".
- Genie Soldat (G2) = Limit to x1~x2 if you want to add, high Power unit but got Restraint (retire enemy unit to remove), it's good if done right but sometimes it's hard to remove restraint if you don't have the cards needed or available targets.
- Wyvern Strike, Tejas (G2) = Limit to x2, good for sniping Boosters and other key units. This would lower your Grade 2 line up though.

- Dragonic Overlord (G3) = Aim for x4, use as sub Vanguard, but best used as a Rear Guard.
- Seal Dragon Blockade (G3) = Limit to x1~x2, optional sub Vanguard, can also use when your opponent got 1 Life left and tries to block you with 1 or 2 Intercept Cards. Drop as your Vanguard then fire 3 attacks to break through their Sentinel Cards (PG). 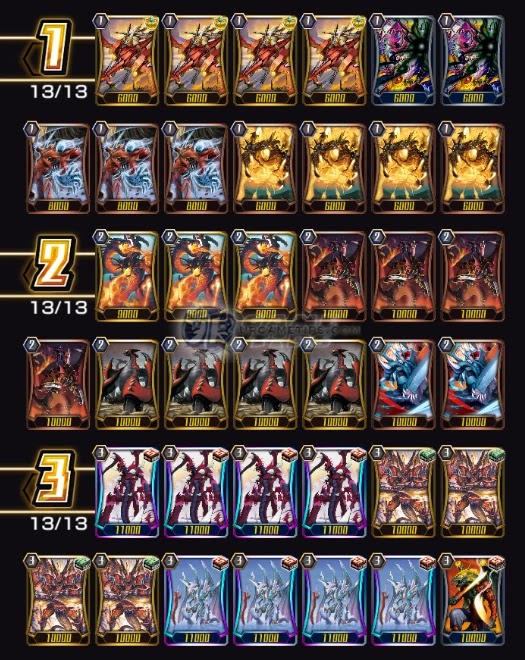 - This build will focus more on disabling your opponent's Boosters, to force the battle to only play with front units! So use cards with high Power to force your opponent to use Boosters.

- Berserk Dragon (G2)
- Use this unit to retire Intercepts, or to retire a Grade 0 unit especially when your opponent's Vanguard got lower Power than your Vanguard, and they are relying on their Grade 0 unit just to increase Power.
- If you are using Gattling Claw Dragon (FV), you can use this as alternative.

How To Use Dragonic Waterfall (G3)

- Hitting 21,000 Power is easy with this unit, you just need a 7,000 Booster.
- Recommended Booster: Bahr (G1), there are other Boosters that can reach higher Power, but very situational, lasts only until the end of turn, or only works when boosting a Vanguard so I would suggest Bahr (G1) for consistency and flexibility.
- Skill is optional, use only when needed (discard a Grade 3 card to add +10,000 Power).

- Conroe (FV) or Gattling Claw Dragon (FV) = CB1 to use, try to recover CB as well. If you have 2 Sentinel Cards (PG), try getting other Grade 1 cards if needed.
- Dragonic Overlord (G3) = CB3 to stand this unit when it hits a Rear Guard (+5000 Power, loses Twin Drive), use as a Rear Guard to break through your opponent's defense (best used vs 2 Intercept cards) when needed and to setup a 20,000+ Power column.
- Berserk Dragon (G2) = CB2 to mainly retire 1 of your opponent's Grade 2 or less unit.
- Demonic Dragon Mage, Kimnara (G1) = CB1 to put this unit into your Soul and retire 1 of your opponent's Grade 1 rear guards.

How To Use Prowling Dragon, Striken

- Prowling Dragon, Striken (G2) = Ideally, your Grade 2 Vanguard. It has "Restraint" but when rode upon, your Grade 3 Vanguard gets +5,000 Power and Critical +1 until end of turn. To avoid mistakes, secure a Grade 3 card early on.
- With this unit, your opponent won't be able to get free CBs, so it's good against decks that relies on CB asap to activate skill effects. This can also help negate those cheap shot Heal Triggers early on, then to pressure your opponent with some Crits.

- Your opponent might try to counter this with 2 Intercepts, so be prepared before your 3rd turn.
- During your 2nd turn, try to land 1 Damage if you have enough cards for next turn, or at least try to clear Intercepts.