Narukami is a clan that's strong against the opponent's front-row rear-guards. Make decisive attacks by nullifying the opponent's intercepts! Use units with demerits but high power to press the attack on the opponent's Vanguard and deal them damage! 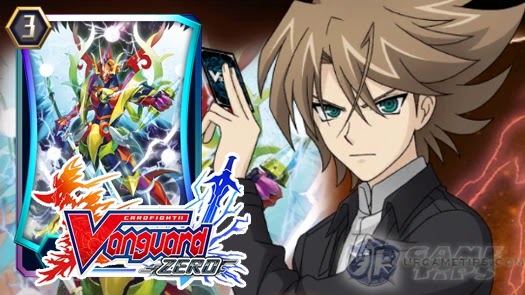 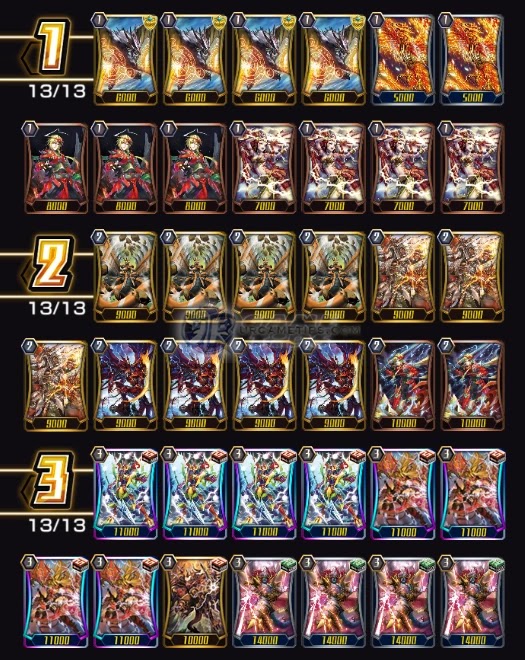 (*Currently not updated with new cards. Use as reference, feel free to remove/add cards. Sentinel Cards ("Perfect Guards") have different activation conditions, add x4 depending on your preference.)
(*Replace x1 Rising Phoenix and/or x1 Stormy (G1) with x1~x2 Raien (G1) if you like.)

- You aim for this build is to deal 4 or 5 damage, then pressure your opponent by controlling your CBs or end the battle with Dragonic Kaiser Vermillion's (G3) skill.

- To help you out, use Dragonic Deathscythe (G2) to pop Intercepts and sink in more damage, or to disrupt their plans or columns by retiring Boosters. Also use your FV's skill to retire key units like their FV if possible.
- TIP: Try to combo them with your Dragon Dancer, Stormy (G1) to increase this Booster's Power to at least +10,000 by retiring 1 rear guard.

- Place Desert Gunner, Shiden (G2) and/or Desert Gunner, Raien (G1) to disable your opponent's Grade 2 Intercept ability. Useful to help you land more Damage or end the battle.
- TIP: To help you choose, one way is to select Intercepts with low Power, this way you can keep their columns low. Still clear them out though if you have extra attacks, especially if they have useful skills.
- Use them as well when using Djinn of the Lightning Flash (G3), to open up a clear path to the Vanguard since this unit can't attack rear guards.

- TIP: Try to limit Djinn of the Lightning Flash (G3) to 1 in play, especially when your opponent can place 2 Intercepts, to avoid mistakes, unless you can disable or retire at least 1 of their 2 Intercepts. This is also where you can use your Dragonic Kaiser Vermillion's (G3) or Sealed Demon Dragon, Dungaree (G3) skill.

How To Use Dragonic Kaiser Vermillion (G3)

- This is really useful for clearing Intercept cards, especially when your opponent isn't paying attention to your Damage Zone and CB usage. Some players would sometimes deny you Damage, so try to pressure them by reserving 2 CBs (reserve 1 CB at 3 Damage), while dealing more Damages.

- You can also use your sub Vanguard Sealed Demon Dragon, Dungaree (G3) first, then ride Dragonic Kaiser Vermillion (G3) to surprise your opponent with it's skill.