The End is the ultimate evolution of Dragonic Overlord! When it's attack hits, it stands up with a Persona Blast so it can attack again. Combine it with Striken to deal the maximum amount of damage to your opponent!

- Crit Vanguard = Can do 2 or more damage per attack (if Prowling Dragon, Striken (G2) is used).
- Cross Ride Vanguard = Permanent +2000 Power when condition is met.
- Field Control = Can retire units controlled by the opponent.
- Multi Attacks = Can attack more than 3 times in 1 turn. 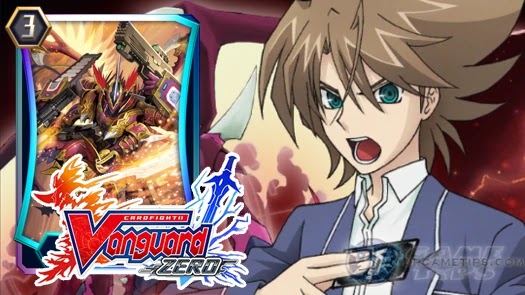 - Berserk Dragon (G2) = Limit to x2~x3, low Power but used to retire G2 or less units when needed (CB2), balance this with your other Counter Blast users.
- Demonic Dragon Mage, Kimnara (G1) = Add x3, CB1 to put this unit into your Soul and retire 1 of your opponent's Grade 1 rear guards.
- Heatnail Salamander (G1) = Add x3~x4, to retire a Grade 1 card when the attack it boosted hits a Vanguard.

- NOTE: For this build, it is better to add high base Power Grade 2 units to increase your column's Power without relying too much on Boosters, because your Grade 1 units will mainly focus on retiring your opponent's Boosters.

- Bellicosity Dragon (G2) = Limit to x2 if you want this card, low Power but used to "Counter Charge" to use more "Counter Blasts".
- Genie Soldat (G2) = Limit to x1~x2 if you want to add, high Power unit but got Restraint (retire enemy unit to remove), it's good if done right but sometimes it's hard to remove restraint if you don't have the cards needed or available targets.

- Demonic Dragon Berserker, Yaksha (G3) = Limit to x1~x2 if you want to add this card, hard to execute but really good if done correctly with Striken (G2) and Kimnara (G1). Low Power so not good if you missed your chance.
- Dragonic Executioner (G3) = Add as filler if you need more cards.
- Dual Axe Archdragon (G3) = Add x2~x4, nice 13,000 Power if your opponent has 2 or less rear guards.

- Dragonic Waterfall (G3) = Add x1~x4, 11,000 base Power that can reach 14,000 Power when attacking a Vanguard. Possible sub Vanguard or use as Rear Guard, ride only if your DOTE (G3) is just an 11,000 Vanguard and have no Booster available.
- Seal Dragon Blockade (G3) = Limit to x1~x2, optional sub Vanguard, can also use when your opponent got 1 Life left and tries to block you with 1 or 2 Intercept Cards. Drop as your Vanguard then fire 3 attacks to break through their Sentinel Cards (PG). 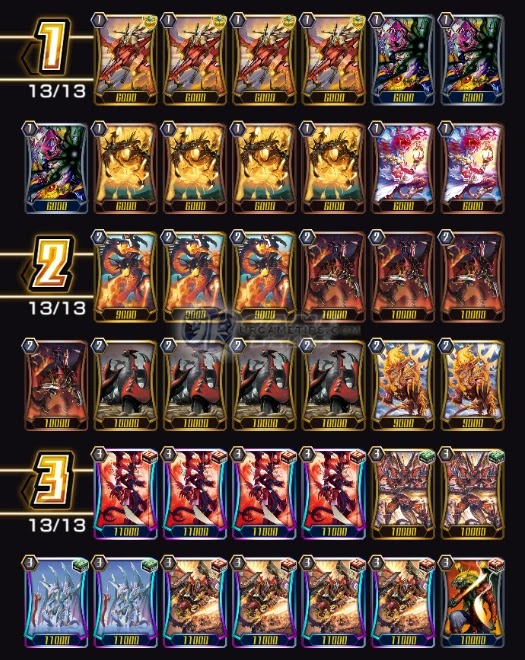 - This build will focus more on disabling your opponent's Boosters, to force the battle to only play with front units! So use cards with high Power to force your opponent to use Boosters, if done right, you can conserve your Sentinel Cards (PG), because sometimes they can't even hit your 13,000 base Vanguard.

- Berserk Dragon (G2)
- Use this unit to retire Intercepts, or to retire a Grade 0 unit especially when your opponent's Vanguard got lower Power than your Vanguard, and they are relying on their Grade 0 unit just to increase Power.
- If you are using Gattling Claw Dragon (FV), you can use this as alternative.

- For Example:
- If you are up against decks that can dish out damages fast, then better skip DO (G3) and go straight with DOTE (G3). Remember that DOTE (G3) is your safe choice.
- If you still got low Damage or have the upper hand, then ride DO (G3) first, best if you also have DOTE (G3) in hand.
- Ride DO (G3) if you have no other choice though, or if you have x2 DO (G3) in hand.

- Dragonic Overlord the End (G3) = Aside from CB2, discard another DOTE (G3) card in hand to activate skill. What you really want here are the 2 Draws and another Twin Drive (more chance to Trigger Draws and Heals), so make sure to land this unit's attack. Remember this, the more Intercept Cards and Sentinel cards (PG) you can get, the higher your chance of winning!
- If you want to attack a Vanguard twice, place a decent Booster behind your Vanguard.
- Attack a rear guard first, before activating Persona Blast if needed, to avoid getting blocked by a Sentinel Card (PG) when your opponent's Damage is 5, or else this unit's skill won't activate.

- Conroe (FV) or Gattling Claw Dragon (FV) = CB1 to use, try to recover CB as well. If you have 2 Sentinel Cards (PG), try getting other Grade 1 cards if needed.
- Dragonic Overlord the End (G3) = Use DOTE's (G3) re-stand skill (CB2) unless you don't have DOTE (G3) in hand (situational), you are sure you can't get any DOTE (G3) cards anymore, or if you don't need to draw more cards.
- Dragonic Overlord (G3) = CB3 to stand this unit when it hits a Rear Guard (+5000 Power, loses Twin Drive), use as a Rear Guard to break through your opponent's defense (best used vs 2 Intercept cards) when needed and to setup a 20,000+ Power column.

How To Use Prowling Dragon, Striken

- Prowling Dragon, Striken (G2) = Ideally, your Grade 2 Vanguard. It has "Restraint" but when rode upon, your Grade 3 Vanguard gets +5000 Power and Critical +1 until end of turn. To avoid mistakes, secure a Grade 3 card early on.
- With this unit, your opponent won't be able to get free CBs, so it's good against decks that relies on CB asap to activate skill effects. This can also help negate those cheap shot Heal Triggers early on, then to pressure your opponent with some Crits.

Option 1:
- Ride any Grade 1 unit > Striken (G2) > DO (G3) or DOTE (G3) > Attack.
- Your opponent might try to counter this with 2 Intercepts, so be prepared before your 3rd turn.
- During your 2nd turn, try to land 1 Damage if you have enough cards for next turn, or at least try to clear Intercepts.

Option 2:
- Ride any Grade 1 unit > Striken (G2) > DOTE (G3) > Attack > Re-Stand > Attack.
- If done right, you can swing your Critical buff twice!
- In case you are unable to clear all Intercepts, still use DOTE (G3) to attack 1 Intercept, and the Vanguard for the 2 Draws and Trigger Checks.

- TIP: If you attack a Vanguard with 11,000 base Power for example, their Vanguard's Power could go to 21k/26k/31k depending on how many Triggers your opponent can get. So if you want to swing another attack, you need a 5,000 Booster at least to reach 21,000 Power, above that would require you to rely on Triggers or Boosters that can reach 10,000 Power.