- Field Control = Can retire units controlled by the opponent.
- Good Defense = You can call more Intercept Cards from your Hand or Deck!
- Higher Trigger Chance = Getting non-Trigger cards and/or adding Trigger cards can increase your chance to get more Triggers!
- Recyclable Triggers = If you have cards that can recycle a card back to your deck.
- 16,000+ RG Columns = Easy to build 17,000~19,000 Power columns.
- 21,000+ RG Columns = You can build a 21,000~22,000 Power column as long as you have the specific cards in place and conditions are met. 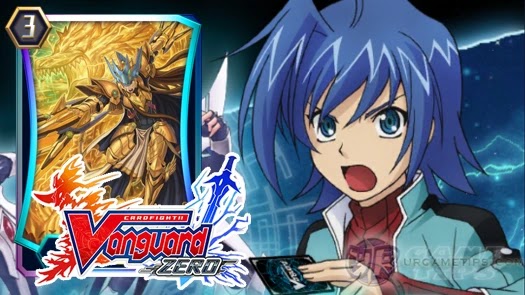 - Alfred Early (G3) = Add x1~x4, optional card in-case you rode Blaster Blade (G2), this way you can get another extra Intercept card to increase your resources! Preferably, ride before riding Garmore (G3).
- Swordsman of the Explosive Flames, Palamedes (G3) = Add x1~x4 if you have this card, can easily reach 21,000 Power with 8000 Power Booster. 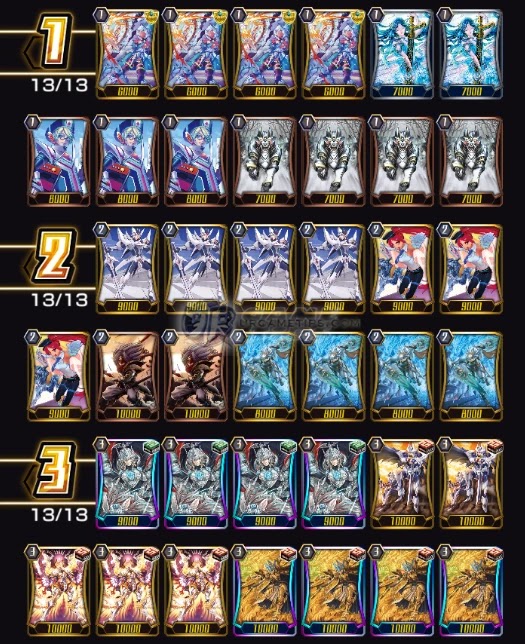 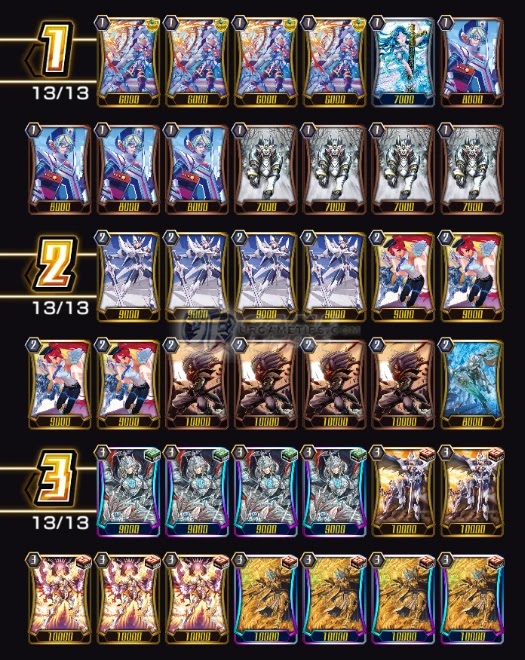 (*Use as reference, feel free to remove/add cards.)
(*Replace x2 Alfred Early (G3) with King of Knights, Alfred (G3) if you like.)

- For this build, it is best to set your Heal Triggers to your Gancelot (G3) to put them back into your deck in case you have them in hand, and get Blaster Blade (G2) to Intercept attacks.

- Place your Snogals (G1) to the back row early on to let them Boost then use them to Intercept later on when needed.

- After riding a Grade 2 card, start building Grade 2 Intercept cards, the plan here is to exhaust your enemy's Intercepts while maintaining your own Intercepts to minimize incoming damages.
- Activate card effects, try to always find a way to deploy at least x1 Intercept per turn (best x2). Once you run out of Grade 2 cards, use your dogs to Intercept and use other Grade 1 cards to boost them.
- If possible, avoid discarding Snogal (G1) or other Grade 2 cards when using Garmore (G2), unless needed. Always keep at least 1 dog in play to maintain Garmore's (G3) Power to at least 11,000.

- Depending on your playing style, you can go more aggressive by using Blaster Blade (G2) only to retire your opponent's Intercept cards, or play defensively and use Akane (G2) to call your Snogals (G1) to Intercept attacks, in-case Garmore (G2) is not available or viable to use.