A new unit for the Black Steed! Chromejailer can up it's own power and Critical with a skill that does not require any Counterblast, and it can even increase your rear-guards in the process. Aim for continuous attacks with "Spectral" or aim for a finishing move!

- Crit Vanguard = Can do 2 or more damage per attack.
- Field Control = Can retire units controlled by the opponent.
- Multi Attacks = Can attack more than 3 times in 1 turn. 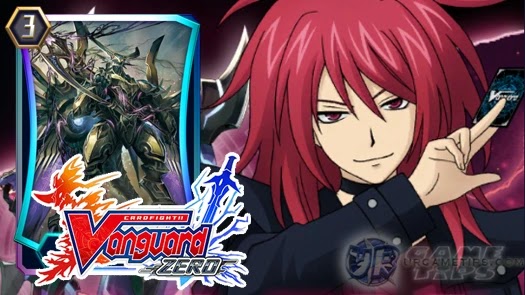 - Darkside Pegasus (G1) = Limit to x1~x2, used to Boost a column's Power (+2,000) if needed, especially for Grade 2 units. Also useful to help Spectral Duke Dragon (G3) hit higher without using a Booster.
- Witch of Nostrum, Arianrhod (G1) = Add x2~x4 to help recycle a card in hand, to get more Grade 2 Intercept cards, a Sentinel Card (PG), or any cards that you need.

- Darkness Maiden, Macha (G2) = Limit to x2, possible sub for Nemain (G2) (RRR cards replacement). CB2 to call a Grade 1 or less card from your deck to another rear guard circle in the same column as this unit. Would recommend using this unit if you are running Draw Triggers.

- Dark Mage, Badhabh Caar (G3) = Add x4, when placed, call the top card of your deck. Also consider placing this unit to your back row depending on your strategy.
- Gigantech Destroyer (G3) = Add as filler (Gold Paladin card), can reach 12,000 Power when attacking a Vanguard.

- Skull Witch, Nemain (G2) = Add x3~x4, low base Power that requires a Booster, but an awesome card used to draw 2 cards (CB1 and discard a card). Would recommend using this unit if you are running Critical Triggers. 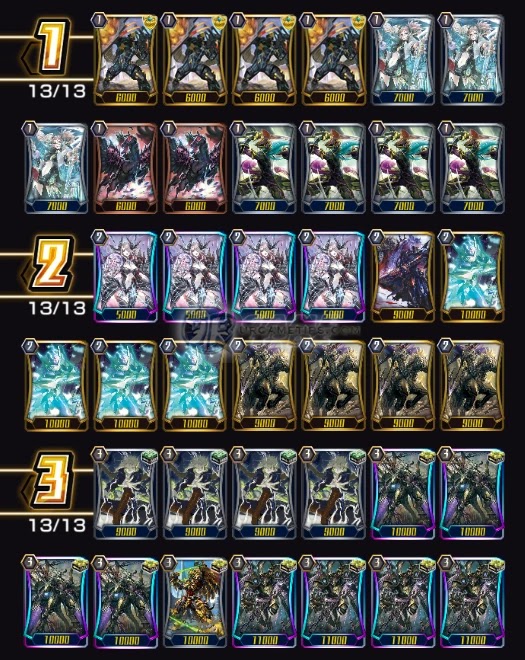 How to Use Conviction Dragon, Chromejailer Dragon (G3)

- (VC): Persona Blast (discard a Conviction Dragon, Chromejailer Dragon (G3) from your hand) to look at 4 cards from the top of your deck, and call 2 cards.
- Use Arianrhod (G1) to filter cards and try to get copies, but don't overdo it though because you might run out of cards. Best used during the early to mid part of the battle to increase your field presence and pressure your opponent with Crits.
- Also use Persona Blasts to pay the cost of it's Limit Break skill if needed.
- TIP: If possible, choose non-Trigger cards to thin out your deck and increase your Trigger Chance! Go for Grade 2 cards like Blaster Dark Spirit (G2) to also help you retire 1 of your opponent's Intercepts cards!
- (VC): LB4 (1/Turn) Retire 2 of your rear-guards to get +10,000 Power/Critical+1 until end of turn.

- Opponent's Damage is Below 4 = Before using Limit Break skill, better attack the Vanguard with your Rear Guards first at least once because Chromejailer Dragon (G3) without a Booster can easily reach 21,000 Power. Use a Booster if needed vs Vanguard with higher base Power.

- Opponent's Damage is 4 = You can also use this unit to attack first to check if you can end the battle, or at least pop a Sentinel Card (PG).
- Opponent's Damage is 5 = Not recommended to use skill, unless he/she doesn't have Sentinel Cards (PG) left (4/x), no cards in hand, or if you want to gamble, to deal 2 Damage in case your opponent draws a Heal Trigger. Also ok if you want to use it to overcome "defensive Triggers".

- It's skill will let you filter cards and do multi attacks when needed, but the cost is a bit high so plan which units to sac before using it's skill (if possible, avoid using Intercepts as sacrifice).
- If this unit's Power is lower than your opponent's Vanguard, use Darkside Pegasus (G1), or you can swing your first attack unboosted, to try and get Triggers to buff this unit, then do a re-stand to attack again with your Booster (works great with Critical Triggers).
- One of the best ways to use this skill is when your opponent's Damage is at 5, let your rear guards attack first then use your Vanguard to attack twice, to try and break through their Sentinel Cards (PG).

- This skill kinda relies on Triggers (especially against 12,000+ base Vanguards), so if most of your Triggers appeared during the early stage, it might be better to ride or stay with Chromejailer Dragon (G3) for the rest of the battle, unless you have Darkside Pegasus (G1) cards to support.

- Skull Witch, Nemain (G2) = Awesome card used to draw 2 cards (CB1 and discard a card).
- Spectral Duke Dragon (G3) = LB4 1/Turn At the end of the battle that this unit attacked a Vanguard, CB2 and retire 2 of your rear guards to stand this unit, and draw a card. Save CBs if you want to use this.
- Blaster Dark Spirit (G2) = When placed from your deck, CB1 to retire 1 of your opponent's grade 2 or less front row rear-guards.