When "Reijy" is placed on the field, you can put up to 3 cards with the same name as 1 of your rear-guards from deck into Soul. Soul-charge a lot of "Dimension Creeper" and other viable cards! "Reijy" will become super powerful with 15 Soul, so be sure to aim for that!

- Crit Vanguard = Can do 2 or more damage per attack.
- Field Control = Can retire units controlled by the opponent.
- Higher Trigger Chance = Getting non-Trigger cards and/or adding Trigger cards can increase your chance to get more Triggers! 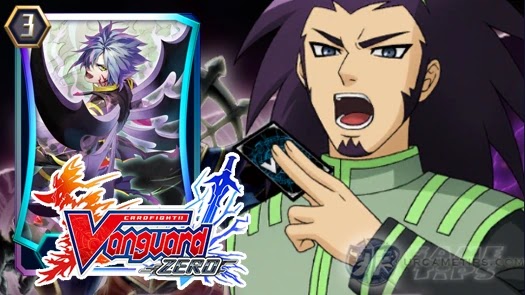 - Devil in Shadow (FV) = Riding Reijy (G3) is top priority, so use this FV to help increase your deck's consistency (CB1). If you have Reijy (G3) in hand, you can still use it to search Demon Chariot of the Witching Hour (G3) if needed.
- March Rabbit of Nightmareland (G1) = Add at least x2, but aim for x3 or x4. 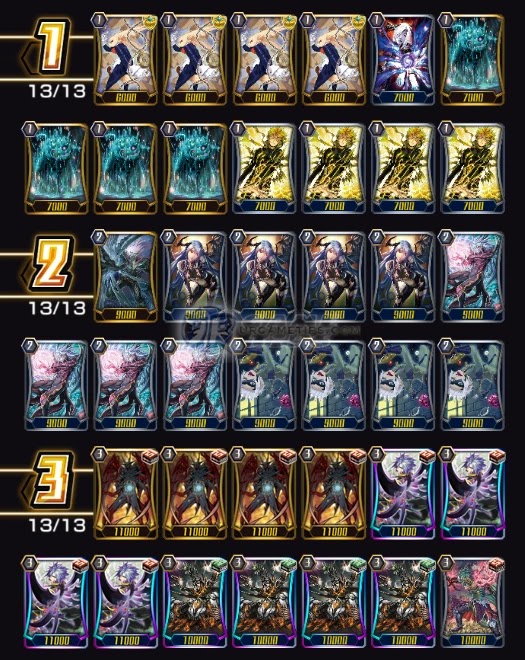 (*Use as reference, feel free to remove/add cards.)
(*Replace x4 Flirtatious Succubus (G2) with x4 Decadent Succubus (G2) if you like.)

- Your main focus for this deck build is to place 15 cards into your Soul to activate Reijy's (G3) skill asap. If you still don't have Reijy (G3) during your 2nd turn, use your FV's skill to search for it, if still unlucky then go with your sub Vanguard Amon (G3), then re-ride Reijy (G3) later on.

- Dimension Creeper (G1) = Ride as Grade 1 Vanguard if possible to activate it's skill from Soul later on, or place to the back row (best if you have copies) then use Reijy's (G3) skill to target this card and send it's copies from your deck to your Soul.
- Moving 3 copies into your Soul would help you Soul Charge up to 6 cards (use their skill from your Soul).
- Also use Free Traveler (G2) to send these cards to Soul (select other card if you will use Reijy's (G3) skill to your Dimension Creeper (G1) though).
- If you rode Amon (G3), you can send these cards from hand or field to Soul as well while retiring your opponent's rear-guards!

- Yellow Bolt (G1) = This is your alternative target for Reijy's (G3) skill, and in case you only have 1 Dimension Creeper (G1) left in deck. Do not ride as Grade 1 Vanguard unless you have no choice, use as rear-guard early on and use his skill to Soul Charge.

How to Use Blade Wing Reijy (G3)

- (VC): When placed, put 3 cards with the same name as 1 of your rear-guards from your deck into your Soul.
- Before riding, make sure to place at least 1 recommended Grade 1 card listed above first, to use as target for this skill.
- It is also ok to target another Grade 1, Grade 2, or Amon (G3) by doing re-rides if you need to add more cards (open your deck's cards list during battle to double check - lower left corner icon).

- (VC): During your turn, if your Soul has 15 or more cards, this unit gets +15,000 Power and Critical +2.
- Reijy (G3) would be able to reach 26,000 Power with this skill, the Crit +2 is also really good against Limit Break users if you'll just attack the Vanguard while their Damage is at 3, keep breaking those Sentinel Cards (PG) and hopefully get the win!

How to Use Demon Chariot of the Witching Hour (G3)

- TIP: Always check how many cards you have left (below 15 or 10 is still doable), just limit your Soul Charging after placing 15 cards to Soul, and use your FV's skill to search this card from deck if needed.

- Devil in Shadow (FV) = CB1 and put this unit into your Soul to look at 5 cards from the top of your deck, and add a Grade 3 or greater card to your hand.
- Emblem Master (G2) = When attack hits a Vanguard, CB1 to Soul Charge 3.
- Free Traveler (G2) = When placed, CB1 to put a Grade 2 or less card from your deck into your Soul. Works great with Dimension Creeper (G1).

- Demon World Marquis, Amon (G3) = CB1 and place 1 of your rear guards to your Soul, to retire 1 enemy unit at random, prioritizing back row first. If used as a sub Vanguard.
- Gwynn the Ripper (G2) = CB2, only use to make high impact moves like retiring an Intercept to land more Damage to the opponent's Vanguard.