Majesty is the embodiment of the combined power of two Blasters! By applying Blade and Dark to the soul, you can unleash it's true power! Collect the Blasters with Gancelot and Brave, then maximize the use of Majesty's skills!

- Crit Vanguard = Can do 2 or more damage per attack.
- Field Control = Can retire units controlled by the opponent.
- Good Defense = You can call more Intercept Cards from your Hand or Deck!
- Higher Trigger Chance = Getting non-Trigger cards and/or adding Trigger cards can increase your chance to get more Triggers!
- Recyclable Triggers = If you have cards that can recycle a card back to your deck. 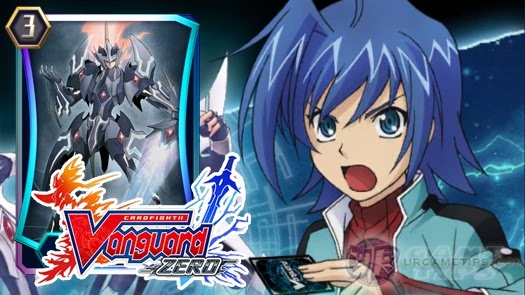 - Knight of Friendship, Kay (G1) = Add x2~x3, can reach 10,000 Power if you have a "Blaster" Vanguard, nice option if you need high Power attackers (front only) to compensate your low Power columns because of your Grade 2 units.
- Lake Maiden, Lien (G1) = Add x2~x3, nice card to filter cards in hand, to try and get certain cards that you need. 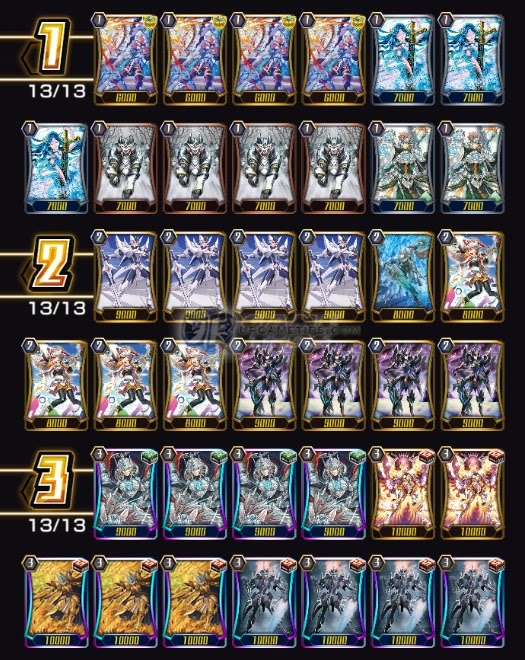 - It is best to set your Heal Triggers to your Gancelot (G3) to put them back into your deck in case you have them in hand, and to get Blaster Blade (G2).

- TIP: If you will put 2 Blasters in the front row, your defense might suffer during your opponent's turn, so try to place 1 Intercept card in front and your 2 Blasters in 1 column (or 1 behind your Vanguard). Try to land at least 1 attack to the Vanguard before using skill to effectively use MLB's (G3) high Power buff.

- Use your FV, Star Call Trumpeter (G2), and Gancelot (G3), and other Grade 3 cards to get the cards you need from your deck. Also learn how to use Lake Maiden, Lien (G1) to filter cards you don't need in hand to find Sentinel Cards (PG) and other cards you need like MLB (G3) or any Blaster Cards.

- In case you can't get MLB (G3) early on because your FV got sniped or due to bad luck, ride your sub Vanguard Garmore (G3) if you like. Switch Garmore (G3) and MLB (G3) depending on the situation and if you have enough cards to play.

- Also use Garmore (G3) as rear guard to call your Snogals (G1) to setup 2 or 3 attacks that might be able to break through those Sentinel Cards (PG) for example.