Amber Dragon can be stabilized to Grade 3 with the of "Dawn" and "Daylight" and be ridden. Use units of high power such as "Dusk" and "Lover Arm" to greatly damage the opponent at the start, and then fight while retiring the opponent's Rear Guards with the ability of "Eclipse". 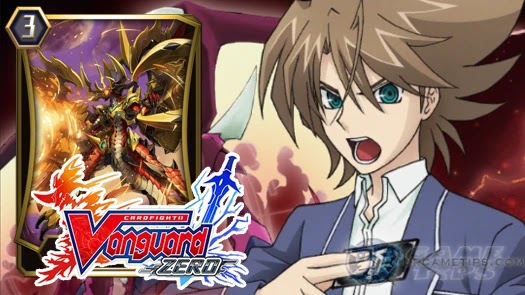 - Dragon Monk, Goku (G3) = Can be your alternative Vanguard if you don't have better cards, once you run out of Counter Blasts.
- Graphite Cannon Dragon (G3) = Add as filler if you need more cards.

- Dragonic Overlord (G3) = Add x1~x4, use it to break through your opponent's defense when needed and to setup a 20,000+ Power column. Performs best as rear guard, but possible alternative Vanguard if you don't have any other choice.
- Dragonic Waterfall (G3) = Add x1~x4, 11,000 base Power that can increase higher when attacking a Vanguard. Possible alternative Vanguard next to Amber Dragon, Eclipse (G3) once you run out of Counter Blasts.
- Seal Dragon Blockade (G3) = Limit to x1~x2, either use this unit right from the start to ignore Intercepts (best if you have decent Grade 2 cards in hand), or use when your opponent got 1 Life left and tries to block you with 1 or 2 Intercept Cards. Drop as your Vanguard then fire 3 attacks to break through their Sentinel Cards (PG).

- NOTE: Using non Amber Dragon Vanguard would decrease Lava Arm Dragon's (G2) Power, so make sure to use them first or save them until you ride Amber Dragon again. 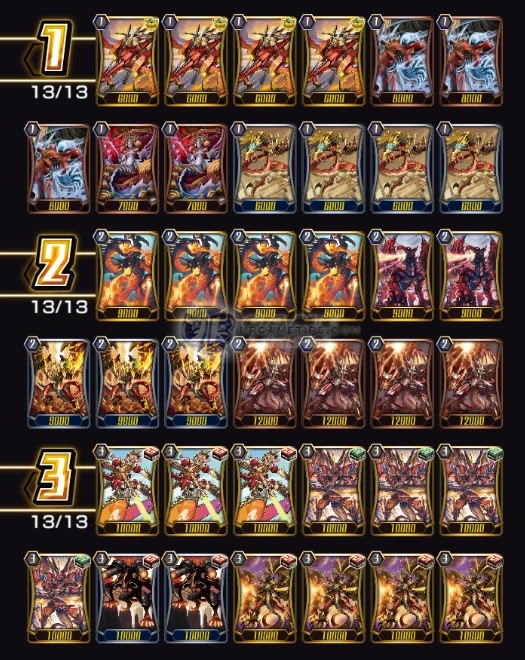 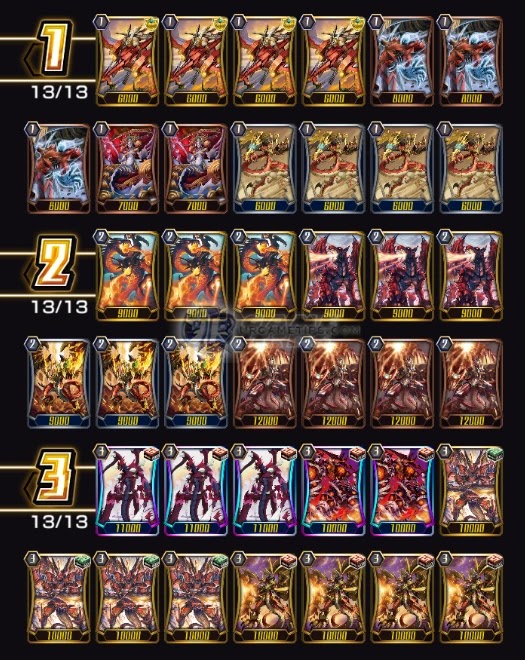 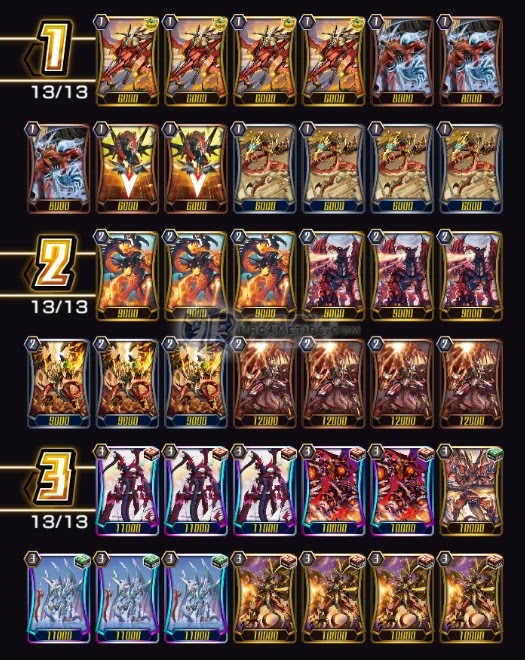 - Do not set Heal Triggers to your Amber Dragon, Eclipse (G3).
- Once you are able to ride all Amber Dragons, those cards that you no longer need are a bit useless, so use more Draw Triggers to try and get better units. This is where Dragon Monk, Gojo (G1) or Flame of Hope, Aermo (G1) are also useful for recycling cards.

- Focus on riding all Amber Dragons until you can ride Amber Dragon, Eclipse (G3).
- If you have Dragon Monk, Gojo (G1) or Flame of Hope, Aermo (G1), try to use it without disrupting your combos to draw Grade 2 Intercept cards, Sentinel Cards (PG), or other cards needed.

- Reduce your opponent's rear guards in play to 2 or less to activate certain card effects.
- If your opponent's Vanguard has 10,000 Power, keep retiring the Booster behind it to keep it's Power below your Vanguard's Power. Check key cards that your opponent is using, try to retire those cards asap.

- These 2 cards can also retire Grade 0 cards, which is great if your opponent is careless.
- Note: Also consider other card effects that requires Counter Blasts if needed.