NOTE: Granblue cards are available from limited Clan Events. During the event, farm "Event Tickets" from Character Fights and use those to Challenge Gouki Daimonji to get exclusive items that will be used to play the limited time Gacha that only features Granblue cards!

- Good Defense = You can call more Intercept Cards from your Hand or Drop Zone!
- Higher Trigger Chance = Getting non-Triggers cards and/or adding Trigger cards can increase your chance to get more Triggers!
- Superior Ride = Chance to ride a Grade 3 card earlier than usual.
- 16,000+ RG Columns = Mostly Captain Nightmist (G2) can reach 18,000 Power with any 7,000 Power Booster.
- 21,000+ RG Columns = It's possible, but this deck build will not heavily rely on building 21,000+ Power RG columns except when using Trigger Check buffs. 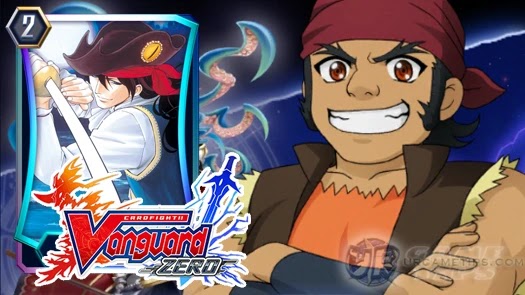 - Chappie the Ghostie (G1) = Aim for x3 or x4, awesome card to move specific cards from your deck to your Drop Zone. One way to reduce your deck's non Trigger cards.
- Captain Nightmist (G2) = Aim for x4, keep calling this card from your Drop Zone to keep intercepting attacks!
- Spirit Exceed (G3) = Add x4, you main Vanguard for this deck build. 10,000 base Power Vanguard (14,000 Power if both skills are active). If your Vanguard is Grade 2 or greater, put 1 Samurai Spirit (G1) and Knight Spirit (FV) into your Soul, and ride this card from the Drop Zone (if you rode from a grade 2, draw a card).

- Dancing Cutlass (G1) = Limit to x1, to use your Soul Blasts to draw a card.
- Dandy Guy, Romario (G1) = Add as filler if you need more cards, nice base Power and Defense.

- Commodore Blueblood (G2) = Add x4, nice base Power and Defense.
- Stormride Ghost Ship (G2) = Limit to x2 or x3, high Power and Defense. Learn how to remove it's Restraint status (call a card from the Drop Zone), or just use to Intercept if you have no choice.

- Ruin Shade (G2) = Limit up to x2, you don't want to deplete your deck especially during long battles where both sides can trigger Heal Triggers and Sentinel Cards (PG). 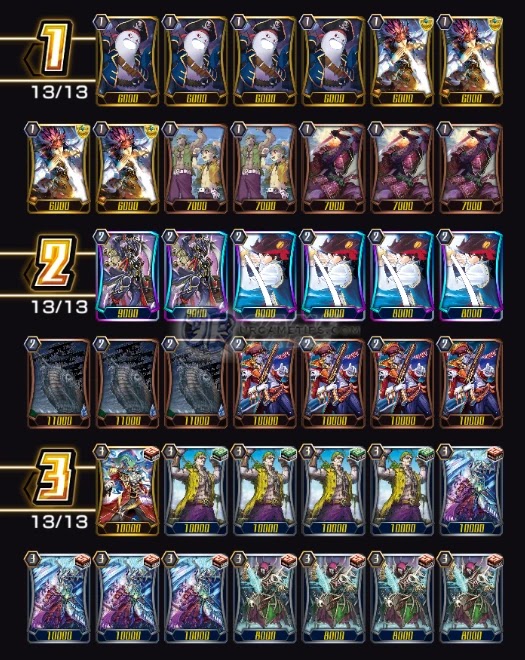 (*Currently not updated with new cards. Use as reference, feel free to remove/add cards)
(*Replace Child Frank (G1) with Dancing Cutlass (G1) if you like.)

- NOTE: The reason why I recommended that you tone down cards that would deplete your deck is because this build is going to run 9 Draw Triggers. It's better to draw your Intercept cards and Sentinel Cards (PG) than accidentally throwing them away to the Drop Zone or Soul.

- With max Heal Triggers, try to recover damages to get more chance to use "Counter Blasts".
- Do not set Heal Triggers on Spirit Exceed (G3), you might need to move it to your Drop Zone.

- Gust Jinn (G1) = Keep at least x1.
- Samurai Spirit (G1) = If you went "First", you can keep x1, another Grade 1 card as Vanguard, and Chappie the Ghostie (G1) (unless you are lucky to get Spirit Exceed (G3) from first trigger check). Try to ride Spirit Exceed (G3) while you have a Grade 2 Vanguard, but if you went second (start of battle) and have zero Grade 1 cards to play, it is sometimes better to skip.
- You can also just ignore all of this and focus on using Captain Nightmist (G2) instead (also use FV as sacrifice).

- Your aim here is to fortify your defense and keep spamming Grade 2 Intercept cards to minimize damage per turn, exhaust their Intercept cards to force them to place Grade 1 and 3 cards, that's your opening to deal more damage!
- Use Grade 1 and Grade 3 cards as sacrifice if needed to keep calling x1 or x2 Captain Nightmist (G2) per turn. Land attacks to your opponent's Vanguard while defending.
- Your defense is very high but offense is low, so you can also use that to drag the battle to "deck out" opponents that likes to "Soul Charge" or "Discard" cards.

- Reminder: Since you'll be playing using your Drop Zone, you need to decide quick before the time expires during Rank Fights.

- Witch Doctor of the Abyss, Negromarl (G3) = Counter Blast requirement is higher so if possible, only use once or twice per battle and focus more on using Captain Nightmist (G2).

How To Get Cards to the Drop Zone?

- Chappie the Ghostie (G1) = To move Captain Nightmist (G2) or any non Grade 3 card unless needed like Spirit Exceed (G3) from your deck to the Drop Zone.
- Ruin Shade (G2) = Puts 2 cards from the top of your deck into your Drop Zone.
- Evil Shade (G1) = Similar to Ruin Shade above.

- TIP: Do not overuse Ruin Shade and Evil Shade because you might run out of cards and lose the battle. Smart players can use these cards against you if you have all of them in play...

- Retiring cards due to a card effect will move that card to the Drop Zone, same way when using Soul Blast.

Other FAQs and Strategies

- Question: If I ride Spirit Exceed (G3) from the Drop Zone, can it remove Stormride Ghost Ship (G2) Restraint status?
- Answer: NO, because it is considered as a "Superior Ride".

- Question: If I activate Witch Doctor of the Abyss, Negromarl (G3) and choose Stormride Ghost Ship (G2) from the Drop Zone, will it automatically remove it's own Restraint?
- Answer: YES.