✔ Strife D Leingod Published 11:37 PM
Tags
Android and iOS Game Apps
Lucid Adventure: Idle RPG Tips and Guides
Here's a guide and tips for beginner's on how to manage all character weapons while learning the mechanics of the game on how to efficiently use the Weapon Sets (in-game feature) in the Idle RPG mobile game - Lucid Adventure: Idle RPG.
Go to the "Manage Party" section and equip the best weapon you currently have for each character, but also consider their stats. Refer below to help you choose which weapons are best to equip.

- This is also a perfect way to give your characters a well rounded stats that you can't get from skills. "Power-up" all weapons, don't worry you have enough Power-up stones to use early game, just keep on farming them from adventure stages, other game modes, and from other sources like from the Ad Shop. 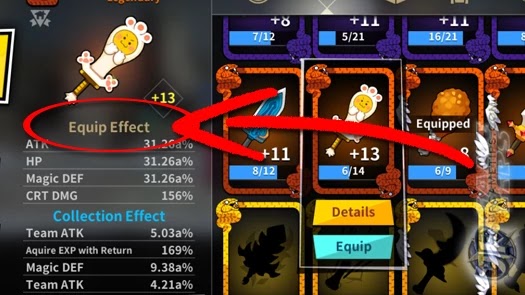 - NOTE: Basic Stats under Equip Effect would only apply to the character who equipped the weapon (must equip to activate effect). Also note that these effects will always be active even if the character isn't in a party, here are some example Basic Stats: 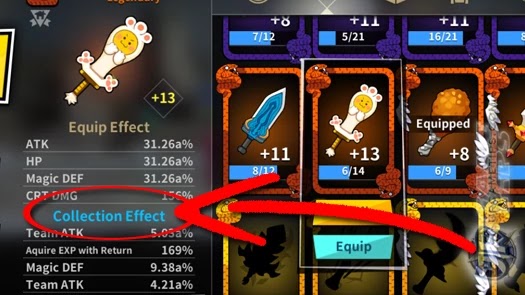 - Collection Effects are applied as long as you have the weapon in possession, even if the character isn't in a party, or not equipped.

- Basic Stats under Collection Effect would always apply to the character (equipped or unequipped), and Global Stats will always be in effect across all characters even if it is not equipped!
- This is one good reason why you need to gather and power-up more weapons!

- Character Exclusive Stats:
- Choco Bibi's "Warp"/"Mana Focus" related stats, and Pooh Upooh's "Soul" related stats included under the Collection Effect will also take effect even if they are not equipped.

How To Use Weapon Sets

- If you are wondering why your team is dealing lower damage output during PVP, Subjugation Rounds, and other modes even if you have powerful weapons... this is because you didn't set all ideal weapons needed for these modes. 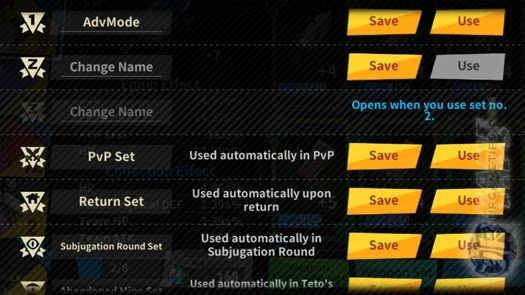 How To Know If My Weapon Is Already Set?

- You can check the icon near the weapon image (refer to the example below then compare with the weapon set icons above or in-game - "Weapon Set window"). 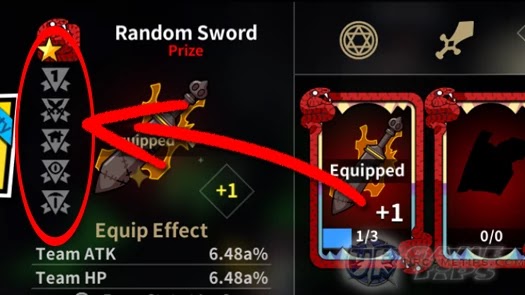 - TIP: When setting up your main weapons, also include and set all Prize Weapons with Red Borders as well under the "Prize Tab" (next to the Weapons Tab).

- I would highly recommend setting up weapons for Adventure Mode (edit name to "AdvMode" for example), so that you can easily switch back to your Adventure Set after you are done setting up your PVP Set, Return Set, and other Weapon Sets. 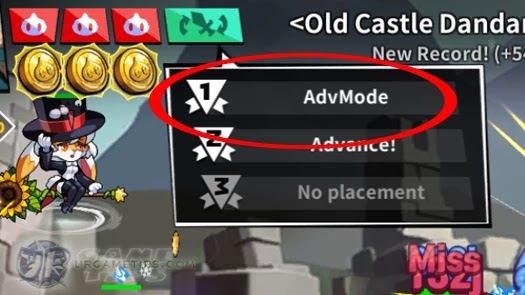 - Note that you can do more, but let's start with just one Custom Set for now.
- Custom Sets can also be accessed while adventuring.

- The most basic way is to just equip all weapons with the highest ATK Stat, or any Basic Stat under Equip Effect that you might like, but also consider weapons that includes Global Stats, especially for characters that are not included in the stage clearing team.
- Refer below for recommended Global Stats that should be present under the Equip Effect.


- Once you are done setting up your Adventure Mode Set, hit "Save". If you want to update your weapons later on, go back to the Weapon Set screen and select "Use", go and equip all desired weapons, then hit "Save" again.

- TIP: Team Movement SPD = If you want to speed up gameplay, especially during early stages where you can 1 hit kill all enemies even at lower upgrades, you might want to create a custom Weapon Set for this (name it SPDMode for example). Equip all weapons with Movement Speed/Team Movement Speed stats then hit SAVE. Switch to SPDMode weapon set during early stages, then switch to your main weapon set once your team is taking a bit more time clearing enemies.

- Setting up weapons for your "Return Set" is very important to increase the EXP gained when using the Return feature. Don't worry, this is automatic and after the calculation, your characters will use all previous weapons. 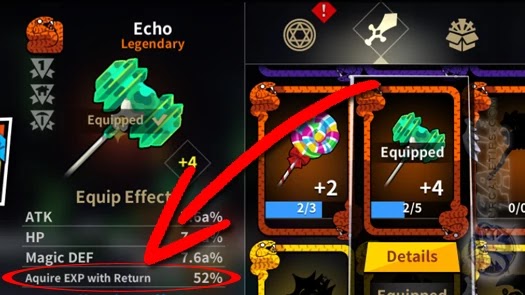 - Once you are done saving, just hit "Use" (Set Number 1: AdvMode) to go back and equip your weapons for adventuring.

Characters and Weapons with EXP Stats

- To make things easier for you, refer below for characters that can equip weapons that gives "Acquire EXP with Return" stats under Equip Effect (must equip to take effect).

- After setting up your PVP Team (5 members), don't forget to also set your PVP weapons. Saved PVP weapons (PVP Set) will automatically be used in PVP only. 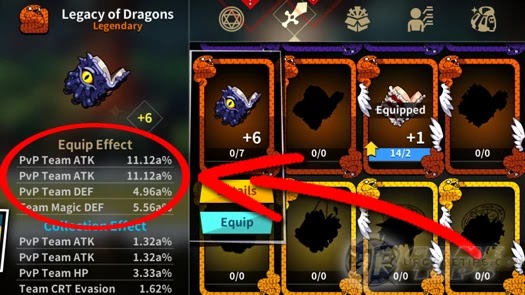 For More Info, Refer to Our Weapons Guide and Weapon Sets Part 2 Below

- Best and Recommended Costumes To Buy