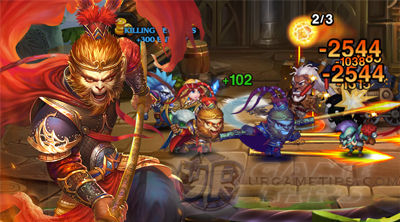 Labeling Guide:
- Tier 1 Arena Heroes = The Hot Picks! Popular Heroes in the Arena that also recorded 20% or more overall usage, but ratings are also affected by usefulness, competitiveness, top recommendations and more. It's not necessary to group them all up, find a team that works together including Tier 2, especially for Grand Arena.
- Tier 2 Arena Heroes = Heroes that are decent in the arena with around 7% overall usage. Still viable but requires specific hero synergies. Situational and debatable heroes will be categorized here too.
- Tier 3 Arena Heroes = Becomes a rarely used hero in the arena (around 1% overall usage), still ok though for certain hero combos, or if you don't have any better choice at the moment, especially early game.
- "None" +LSkill = Means their Legendary skill or info isn't out yet, but will still get a rating for their performance on that level without it.
- "Black Text" Ratings: No Tier yet or still under review, suggestions are welcome ^^.

Other Notes!
- To newbies, please keep in mind that level grinding will take longer as you go, so it's better to focus on heroes on your current level, than prematurely using  Lvl 90 Tier 1 heroes early game (makes your progress difficult). Farming hero soul stones for later is always a good idea though, go for it.
- For basic info on how to create teams and formations, go here: General Team Building Guide

In Grand Arena, each fight has 3 battles. Whoever wins 2 battles wins the whole fight. Note that each team will only compete once, so to help you out, here's some tips.

- Focus on 2 teams first, your 3rd team (weakest) can be any until you have enough resources. 2 focused teams will give you much better chance of winning than 3 mediocre teams.

Ranks 51 to 500: 3rd team is hidden.
- Attack: Same as above, with little guessing game or anticipation.
- Defense: Best or OK team at 3rd, or any team positions you like.

Ranks 2 to 50: 3rd and 2nd teams are hidden.
- Attack: More guessing game and anticipation. Their Best and OK teams are probably hidden, most are placed on 2nd. Some players also use their Best or OK team on 1st for bluffing =P.
- Defense: Any you like, but probably your Best team is hidden.

Rank 1: All 3 teams are hidden!
- Attack: Needs luck, or attack multiple times to scout their teams.
- Defense: Get wins on your first 2 fights as much as possible, and try to change hero compositions/positions to give scouts a hard time to analyze your teams.

Most important is to learn hero synergies and counter strategies, experience will teach you that. Good Luck guys! ^^

Brief Change-Logs and Info
- I will no longer include hero descriptions to make this guide uncluttered, but I will provide brief change-logs and info here. Suggestions are welcome to help polish this guide ^^
- Note: New heroes will take time to upgrade and max, and players will probably start to test them out, once they include them to the redeemable shops.