If a "Dreamy Fortress" is retired during your opponent's turn, you can call a card with the same name from Soul, thus boosting your defense. Therefore, it will be to your advantage to get a lot of them into Soul! Furthermore, you can call rear-guards with Liquier's skill!

- Higher Trigger Chance = Getting non-Trigger cards and/or adding Trigger cards can increase your chance to get more Triggers!
- Multi Attacks = Can attack more than 3 times in 1 turn. 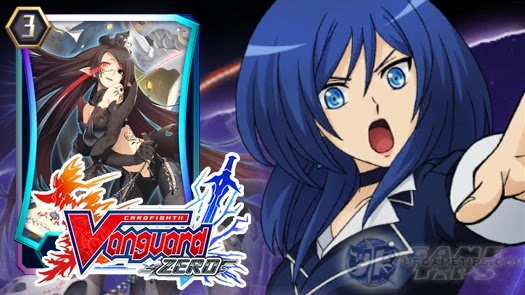 - Silver Thorn Dragon Tamer, Luquier (G3) = Aim for x4, your main Vanguard for this build.
- Nightmare Doll, Alice (G3) = Add x3~x4, when attack hits a Vanguard, CB1 to put this unit into your Soul, then call a card other than Nightmare Doll, Alice (G3) from your Soul. Useful for setting up combos.
- Dreamy Fortress (G2) = Aim for x4. When this unit is retired during your opponent's turn, call a Dreamy Fortress (G2) from your soul to the same rear-guard circle.
- Dancing Princess of the Night Sky (G2) = Add x4. When placed, CB1 to put a Grade 2 or lower card from your deck into your Soul.
- Purple Trapezist (G1) = Add x3. When placed, put another rear guard into your Soul, to call a card other than Purple Trapezist (G1) from your Soul.

- Midnight Invader (G3) = Add x4, can reach 12,000 Power when attacking a Vanguard.
- Sword Magician, Sarah (G3) = Add x2~x4, your sub Vanguard for this build. When your drive check reveals a Grade 3, put a Grade 3 or greater rear-guard into your Soul to call a card from your Soul to an open rear-guard circle. When this unit is boosted, it gets +3,000 Power until end of that battle. 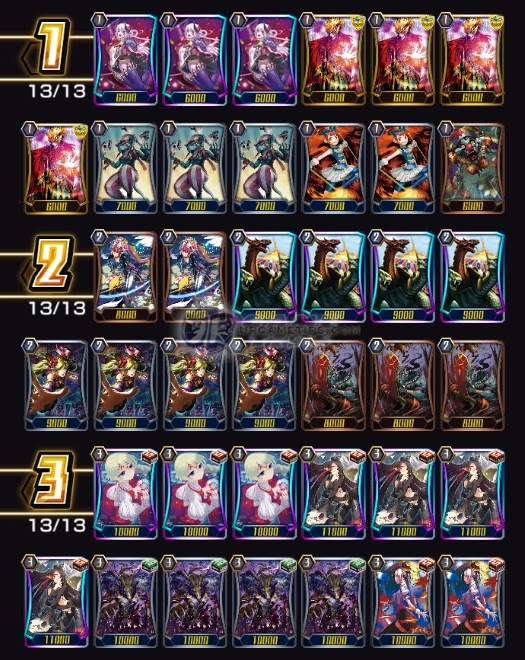 - Since you'll be playing with your Soul cards, always track the cards moving into Soul. You can do a lot of combinations with this build, just be crafty and find a way to land more than 3 attacks if possible while maintaining a decent defense.

- Use your FV early on to move key cards from deck to Soul, would recommend Dreamy Fortress (G2), if none then select Purple Trapezist (G1), or any units that you like.
- Same strategy when using Dancing Princess of the Night Sky (G2).

How To Use Silver Thorn Dragon Tamer, Luquier (G3)

- (VC): LB4, CB2 to call up 1 Grade 0~3 (one each Grade) from your Soul.
- You can really do a lot of combinations here depending on the situation and cards in Soul. Just keep playing while learning some good combinations. Also use for Soul Charging more cards.

- TIP: Once your opponent got 1 Life left (or 5 Damage), on hit multi attack skills are no longer effective because of those Sentinel Cards (PG), so use her during Main Phase, to setup 3 attacks, even better if you have Fire Juggler (G1) as your Vanguard's Booster for a potential 4th attack (use her skill to replace a front unit at rest).
- Also use Purple Trapezist (G1) to help you set up the field if needed.

- (VC): When your rear-guard is placed from Soul, this unit gets +3,000 Power until end of turn.
- If you called in 3~4 units during your turn, this unit can reach 20,000~23,000 Power.
- Also works great with Dreamy Fortress (G2) to create a defensive play during your opponent's turn. Note that Dreamy Fortress' (G2) skill would still activate even if your opponent uses normal attacks against it!

- NOTE: Limit Break skills can be used earlier than usual by using self damaging cards like See-saw Game Winner (G1) or See-saw Game Loser (G2). Use Purple Trapezist (G1) for example to pull them out from Soul if needed.

How To Use Purple Trapezist (G1)

- Aside from the ones mentioned above, you can use Purple Trapezist (G1) during your Main Phase to adjust your columns/units/or defense, to place cards back to your Soul, or to activate certain skills like Soul Charging.
- Can also be used during Battle Phase, when called from Soul, to use as Booster, to switch a front unit that can no longer attack (rest state), to switch a back row unit that can no longer Boost (rest state) or doesn't have anything to Boost for example.

- Dancing Princess of the Night Sky (G2) = Add x4. When placed, CB1 to put a Grade 2 or lower card from your deck into your Soul. Use early on in case you can pull Heal Triggers and recover CBs.
- Silver Thorn Dragon Tamer, Luquier (G3) = LB4, CB2 to call up 1 Grade 0~3 (one each Grade) from your Soul. Reserve CBs for her skill.

- Nightmare Doll, Alice (G3) = When attack hits a Vanguard, CB1 to put this unit into your Soul, then call a card other than Nightmare Doll, Alice (G3) from your Soul. Switch to an Intercept card, Booster, Attacker, or any card needed like Purple Trapezist (G1) or other CB users.
- Works great with Cycling Actor's (G2) +2,000 Power buff to help her hit the Vanguard without using a Booster, or rely on Trigger buffs.