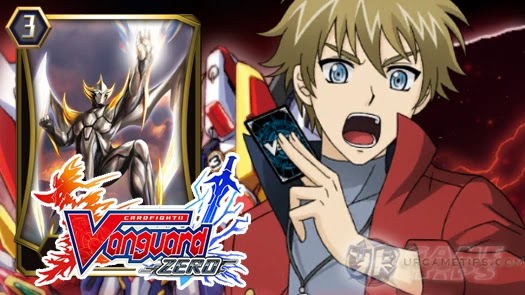 - Magical Police Quilt (G1) = Limit to x1~x2, optional card used to filter cards in hand and try to get more Grade 2 Intercept cards, a Sentinel Card (PG), or any cards that you need.

- Enigman Rain(G3) = Add up to x4 if you need more cards, can be used as your sub Vanguard. 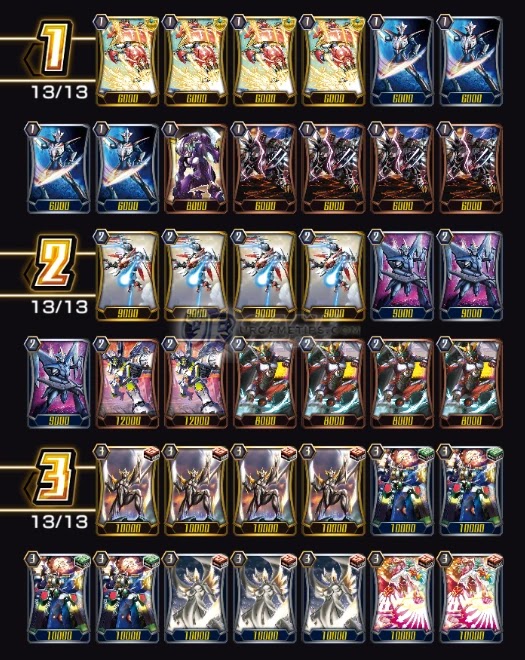 (*Example Budget Deck (No RRR Cards). *Currently not updated with new cards. Use as reference, feel free to remove/add cards.) 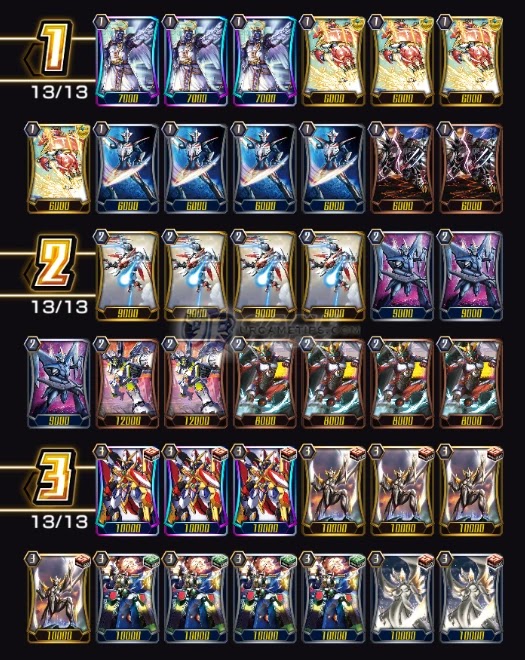 (*Currently not updated with new cards. Use as reference, feel free to remove/add cards)

- Focus on riding all Enigmans until you can ride Enigman Storm (G3). Riding Enigman Wave (G2) is really recommended here to give +1,000 permanent Power to your Enigman Storm (G3), making it easier to buff up it's Power with +4,000 instead of +5,000.

- Without Enigman Wave (G2) as early Grade 2 Vanguard, you'll need to use more cards per turn to buff your Enigman Storm (G3). Also try to buff up Enigman Wave (G2) early on to draw a card (without using CBs).

- In case you are unable to ride Enigman Storm (G3), this is where your backup Vanguards are really useful like Daiyusha (G3) that would only require +4000 Power to activate skill similar to Enigman Storm (G3).

- Use your Grade 2 cards to Intercept attacks and to control how many Damages you want to take for your CB users for example. Focus more on using your center column to attack the Vanguard with Crits, so make sure to clear all Interceptors first!

- Cosmo Beak (G2) or Electro-star Combination, Cosmogreat (G3) = When placed, CB2 to activate. One of your other units gets +4000 Power until end of turn.
- Super Dimensional Robo, Daiyusha (G3) = CB2, to have this unit get +2,000 Power until end of turn. Use when needed in case you only have 1 Masked Police, Grander (G2) or Cosmo Roar (G1) in play to buff your Vanguard.

How To Use Commander Laurel (G1)

- Commander Laurel (G1) = When your Vanguard's attack hits, rest four rear guards to stand your Vanguard. This is really good when used right, here are some examples:

- Use to buff up your Enigman Storm (G3) and activate skill and Crit by using Triggers, especially when you don't have CBs left or any units that can buff up your Vanguard.
- To do this, you need to reserve 4 units to rest during the battle phase.
- Attack Vanguard or a Rear Guard and hope to get at least 1 Trigger. Use Triggers to increase your Vanguard's Power to 16,000 or more, then use Commander Laurel (G1) to re-stand Vanguard > Attack again but this time with a Crit!

- Use to re-stand Vanguard to try and swing 2 attacks with Crits! This is a bit tricky to pull because you need to rely on Triggers and a Booster depending on how lucky your opponent is during his or her Damage Checks.

- You need to rely on Triggers to reach 21,000+ Power (Buffers are optional).
- NOTE: Most of the time, you'll be using your Buffers or units to buff or re-stand your Vanguard and hit with a Crit, so building 21,000 Power here is not really needed.