✔ Strife D Leingod Published 7:00 PM
Tags
Tekken Card Tournament Guides
If you can't decide which Tekken Fighter is best for you, refer to this guide to help you identify the right character/s for you. It is best to choose a Tekken Fighter according to your playing-style and experience playing the game. Refer below to learn more.

Each Tekken Fighter has it's own cards, with their own special effects, strengths and weaknesses. 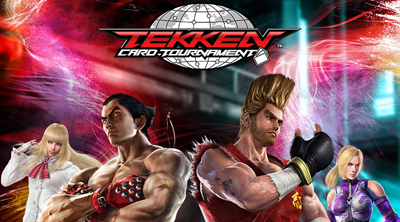 Speed
- Refers to the Tekken Fighter's ability to draw cards.
- Expect a higher number of effect cards that will let you draw a card or cards!
- Recommended for tactical players that wants to overwhelm their opponents with
combo cards.
- Xiaoyu and Nina.

- Kazuya:
- is a very strong fighter. He has both powerful hits and impressive effects in his
arsenal. His special skill is to increase his strength when injured, which means the more he loses HP, the more powerful he becomes. This can make for extremely tense fights that hardcore players will love.

- Paul:
- is a fighting machine. Although he rarely draws and has few spectacular effects, his
hits are earth-shattering. Perfect for aggressive players who want to play as a tank. However, such power has a price: his cards can cut both ways...

- Yoshimitsu:
-  is a fearsome opponent, especially in matches with two players facing off.
He is the only character capable of hiding his cards  from his opponent. He also mastered many unusual and destabilizing effects.

- Law:
- is a powerful all-rounder and a master of the counter-attack. Most of his hits can
cancel out his opponent's effects, and very few have mastered this technique. If used well, it can be deadly

- Lili:
- is a formidable fighter but difficult to master: her best moves are used when the
opponent has lots of cards down on the table. It is a risky and dangerous game, but the rewards can be well worth it.

- Xiaoyu:
- is tricky to play and to balance. She is therefore better suited to experienced
players. Her draw speed is unrivaled, no other player will beat her at this!