The Black Steeds contains units from 2 clans. The Gold Paladin abilities when placed from deck aside, it is possible to aim for Limit Break with skills from the "Pain" cards or similar abilities! With a combination of formation and skills, stand the Vanguard at the last moment and defeat your opponent!

- Higher Trigger Chance = Getting non-Triggers cards and/or adding Trigger cards can increase your chance to get more Triggers!
- Multi Attacks = Can attack more than 3 times in 1 turn. 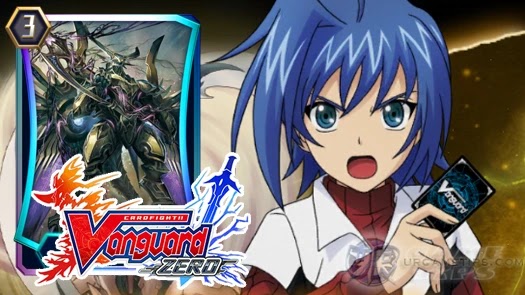 - Lop Ear Shooter (G2) = Add x2~x3. When placed from deck, discard a card from hand to look at 3 cards from the top of your deck, and call a card. Also used to filter cards in hand, decent alternative to Viviane (G2), (RRR cards replacement).
- Mage of Calamity, Tripp (G2) = Add x3~x4. When attack hits a Vanguard, CC1 to use more CBs.
- Master of Pain (G2) = Limit to x2. Mainly used to add damage to your Damage Zone to activate Limit Breaks earlier than usual.

- Player of the Holy Bow, Viviane (G2) = Add x2~x3. When attack hits a Vanguard, CB1 to call the top card of your deck.
- White Hare in the Moon's Shadow, Pellinore (G3) = Add if you need more cards, can be used as your sub Vanguard for this build. 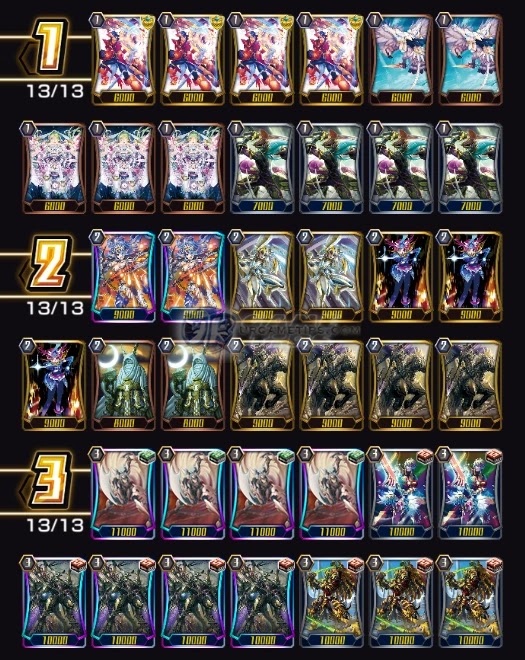 - NOTE: Limit Break skills can be used earlier than usual by using self damaging cards like Disciple of Pain (G1) or Master of Pain (G2).
- These cards can also be used to increase your success chance to Heal, if you pulled a Heal Trigger.

- (VC): LB4, 1/Turn At the end of the battle that this unit attacked a Vanguard, CB2 and retire 2 of your rear guards to stand this unit, and draw a card. This unit loses "Twin Drive!!" until end of turn.

- It's skill will let you filter cards and do multi attacks when needed, but the cost is a bit high so plan which units to sac before using it's skill (if possible, avoid using Intercepts as sacrifice).
- If this unit's Power is lower than your opponent's Vanguard, use Blessing Owl (G1), or you can swing your first attack unboosted, to try and get Triggers to buff this unit, then do a re-stand to attack again with your Booster (works great with Critical Triggers).
- One of the best ways to use this skill is when your opponent's Damage is at 5, let your rear guards attack first then use your Vanguard to attack twice, to try and break through their Sentinel Cards (PG).

- In case of a missride, it's ok to ride your sub Vanguard Blond Ezel (G3) first then ride Spectral Duke Dragon (G3) later as finisher if needed.
- Consider riding Blond Ezel (G3) if you need to increase your field presence. Also, it's skill kinda relies on Triggers (especially against 12,000+ base Vanguards), so if most of your Triggers appeared during the early stage, it might be better to stay with Blond Ezel (G3) for the rest of the battle, unless you have Blessing Owl (G1) cards.

- (VC): LB4 (when you have 4 or more Damage in your Damage Zone), CB1 to look at 4 cards from the top of your deck, and call a card from among them. Increase this unit's Power by the original Power of the unit called with this effect until end of turn.

- This skill can easily overcome defensive Triggers, giving you higher chance to deal 2 or 3 Damage for that turn.
- TIP: If possible, choose non-Trigger cards to thin out your deck and increase your Trigger Chance! Go for Intercept cards or any cards that you need like cards with skills that activates when placed from deck.

- Player of the Holy Bow, Viviane (G2) = When attack hits a Vanguard, CB1 to call the top card of your deck. Nice card that can be used early on, works well with Mage of Calamity, Tripp (G2) and Heal Triggers.
- Incandescent Lion, Blond Ezel (G3) = LB4, CB1 to call a card from deck.
- Spectral Duke Dragon (G3) = LB4 1/Turn At the end of the battle that this unit attacked a Vanguard, CB2 and retire 2 of your rear guards to stand this unit, and draw a card. Save CBs if you want to use this.