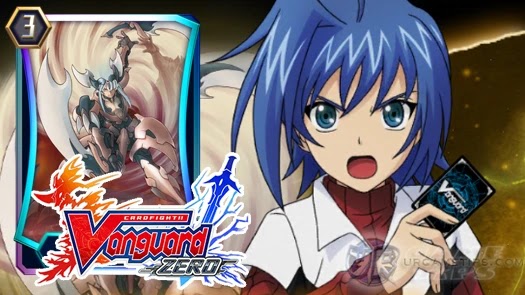 - Disciple of Pain (G1) = Add x2~x4. Mainly used to add damage to your Damage Zone to activate Limit Breaks earlier than usual.
- Listener of Truth, Dindrane (G1) = Limit to x1~x3. When placed from deck, SB1 to draw a card.

- Lop Ear Shooter (G2) = Limit to x1~x3. When placed from deck, discard a card from hand to look at 3 cards from the top of your deck, and call a card. Also used to filter cards in hand, decent alternative to Viviane (G2), (RRR cards replacement).
- Wing Blader Knight (G2) = Add x2~x3, can reach 11,000 Power if you have more rear guards than your opponent, during your turn. 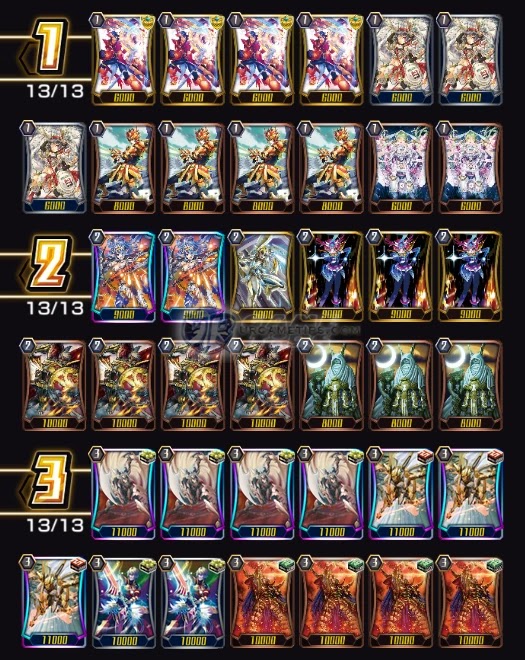 (*Currently not updated with new cards. Use as reference, feel free to remove/add cards. Sentinel Cards ("Perfect Guards") have different activation conditions, add x4 depending on your preference.)
(*Replace x1 Lop Ear Shooter (G2) with x1 Tripp (G2) if you like.)
(*Replace x3 Pellinore (G3) with x3 Garmore (G3) if you like. If you did, replace x1~x2 Dindrane (G1) with Disciple of Pain (G1).)

- Do not set Heal Triggers to your Blond Ezel (G3).
- Critical Triggers are good for this build, especially during the early part of the battle, but if you want to have some advantage late game, Stand Triggers are also nice.

- You aim for this build is to call units from hand and deck to increase your field presence, column's Power, defense, and trigger chance!

- Crimson Lion Cub, Kyrph (FV) = If your Vanguard is Beaumains (G2), put this unit and a Gareth (G1) into your Soul, to ride Blond Ezel (G3) from your deck, and draw a card.
- Try to do a Superior Ride early on by using your FV's skill, follow the Mulligan suggestions above to increase your chances. Be careful when dealing with decks that can retire your FV, deny them Damage if needed (if you have the required cards in hand).

- TIP: If possible, choose non-Trigger cards to thin out your deck and increase your Trigger Chance! Go for Intercept cards or any cards that you need like cards with skills that activates when placed from deck.
- NOTE: Limit Break skills can be used earlier than usual by using self damaging cards like Disciple of Pain (G1) or Master of Pain (G2).

- In case of a missride, ride your sub Vanguard Pellinore (G3) or Garmore (G3).

How To Use White Hare in the Moon's Shadow, Pellinore (G3)

- Your sub Vanguard, can also be used as rear guard with 11,000 base Power.
- (RC): When this unit is placed from deck to a rear guard circle, if your opponent's Vanguard is Grade 2 or greater, put this unit on Vanguard circle as stand (gets +5,000 Power and Critical +1 until end of turn).
- Use cards that can call cards from deck to use this skill, best if you still don't have Blond Ezel (G3) as Vanguard, or when you run out of CBs (optional).

- (VC): LB4 When this unit attacks, put 1 of your rear guards to the bottom of your deck to have 2 of your units get +5,000 Power until end of turn.
- Useful when your opponent got 1 Life left, setup 3 attacks then use his skill to help you break through their Sentinel Cards (PG) to take the win!
- TIP: You can place Trigger cards then use this skill to return it back to your deck! Also good for returning Dindrane (G1). Use Ezel (G3) to shuffle your deck.

- Player of the Holy Bow, Viviane (G2) = When attack hits a Vanguard, CB1 to call the top card of your deck. Nice card that can be used early on, works well with Mage of Calamity, Tripp (G2) and Heal Triggers.
- Incandescent Lion, Blond Ezel (G3) = LB4, CB1 to call a card from deck, focus most of your CBs here.
- Great Silver Wolf, Garmore (G3) = When placed as Vanguard, CB2 to call a Grade 2 or less card from your deck (if used as sub Vanguard).