Dark Irregulars is a clan that increases strength with "Soul Charge", and unleashes it's true power when the number of Souls exceeds a certain level! Use the skills of "Doreen" to increase your power to attack as you accumulate souls, and use the skills of "Death Anchor" to annihilate your foes.

- Field Control = Can retire units controlled by the opponent.
- Higher Trigger Chance = Getting non-Trigger cards and/or adding Trigger cards can increase your chance to get more Triggers!
- Recyclable Triggers = If you have cards that can recycle a card back to your deck.
- 16,000+ RG Columns = Easy to build 17,000~18,000 Power columns.
- 21,000+ RG Columns = You can build a 21,000 Power column as long as you have the specific cards in place and conditions are met. 22,000 is possible but only until the end of turn. 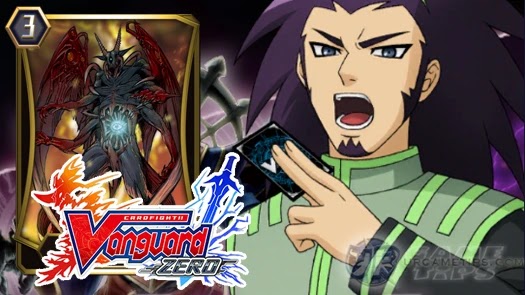 - Vermillion Gatekeeper (FV) = Can be placed back to your Soul plus Soul Charge (1).
- Devil in Shadow (FV) = Possible alternative FV to increase your chance to ride Amon (G3).
- March Rabbit of Nightmareland (G1) = Add at least x2, but aim for x3 or x4.

- Demon World Marquis, Amon (G3) = Aim for x4, your main Vanguard for this deck build. 11,000 base Power Vanguard (+1000 for each card in your Soul), CB1 and put 1 rear-guard into your Soul, to retire one of your opponent's rear-guards at random (prioritizing back row first).

- NOTE: For this build, it is better to add high base Power Grade 2 units to increase your column's Power without relying too much on Boosters, and to give you more options when sacrificing cards for Amon's (G3) skill. 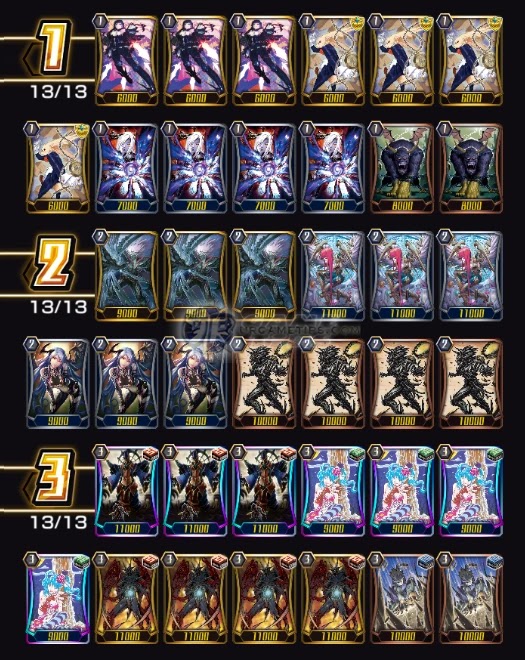 (*Currently not updated with new cards. Use as reference, feel free to remove/add cards)

- For this build, it is best to set your Heal Triggers to your Edel Rose (G3) to put them back into your deck in case you have them in hand, and get Werewolf Sieger (G2) to Intercept attacks.

- Alluring Succubus (G1) or Prisoner Beast (G1) = Keep x1, if possible to avoid using Doreen the Thruster (G1) as Vanguard early on.
- Any Grade 2 Cards = Keep x1 or x2, would recommend keeping Flirtatious Succubus (G2) or Imprisoned Fallen Angel, Saraqael (G2) as your Grade 2 ride.
- Demon World Marquis, Amon (G3) = Keep x1 to secure a Grade 3 ride. Edel Rose (G3) can also be an alternative to avoid mistakes, then just put it back to your deck if not needed.

- Ride your main Vanguard Amon (G3).
- You don't need to worry too much about how many cards you have in Soul to buff this unit, what you need here is it's ability to retire enemy units.
- Place more Imprisoned Fallen Angel, Saraqael (G2), Werewolf Sieger (G2), and other 11,000 base Power G3 units to keep forcing your opponent to use Boosters or high base Power units, while eliminating them if you can, to keep your plan solid.
- Sacrifice G1 or G3 units you don't need, but try to build at least 1 column that can reach 21,000+ Power for combos.

- In case you can't ride Amon (G3) due to bad luck, ride your sub Vanguard No Life King, Death Anchor (G3) or Demon Eater (G3) if you have.
- It is best to ride No Life King, Death Anchor (G3) once you get 5 Damages and no more CBs to use (if you like). Note that you can use this unit as your first attacker when your opponent's Damage is 4, to check if you can end the battle, or at least pop a Sentinel Card (PG).

- Demon World Marquis, Amon (G3) = CB1 and place 1 of your rear guards to your Soul, to retire 1 enemy unit at random, prioritizing back row first.
- Gwynn the Ripper (G2) = CB2, only use to make high impact moves like retiring an Intercept to land more Damage to the opponent's Vanguard. Do not use CB just because you have this card, use it wisely.

- Demon Eater (G3) = CB4, optional, use if you can setup this skill by conserving CBs early on.
- Note: Also consider other card effects that requires Counter Blasts if needed.