Yokai: Spirits Hunt - Devour and Evolve, How To Get Sekkanto

Refer below to learn how to use the Devour function to get additional stats for your characters, how to Evolve including farming evolution materials, and which Yokai to evolve first.

- Human and Demons share the same evolution materials, but Ghosts, Fairies, and Immortals requires a different set of evo materials.
- Humans can't devour others so you can only use SSR "Sekkanto" units to evolve them (Human race doesn't have duplicates). 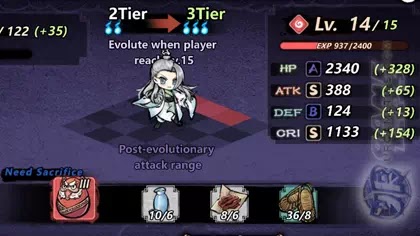 How To Farm Evolution Materials

- Click on the required items to check where to farm them.
- It's best to farm them by Exploring Stages, because basic evolution materials can still be used for higher evolutions. Break pots or defeat enemies to get them.
- 99 Tower Mode is also a good alternative, especially if you also want to farm Gems for your gears later on.

- For high Lvl evo mats, you might also need to complete limited events and challenge Legendary Yokais or Demon Lords to get more.

- For easier stages, better use other characters with lower Lvls to level them up too.
- TIP: If you need to play a stage to complete Daily Quests, I would suggest doing some 1st Stage runs, because this is where you will mainly farm evo materials for evolving lots of Sekkanto units.
- Use Sweep feature for faster farming (optional).
- It's easy to Evolve characters to T2, do these to all of your teams to make them stronger.

- Attack Range Increases when Yokai is evolved to T3.
- New looks will be unlocked once a Yokai reached T4.

Which Characters To Evolve First? 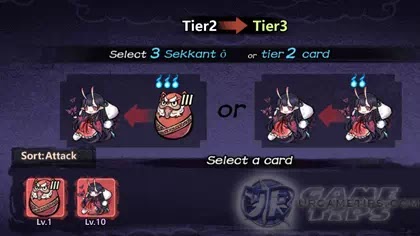 - Other Requirements: Evolution Materials and Player Lvl 15 (no Lvl requirements for characters).

How To Get More Sekkanto I 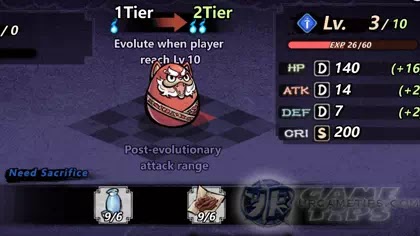 - Aside from the one time only claimable rewards from events, login rewards, and more, refer below for other ways to obtain Sekkanto units.

- Earn 1000 Activeness points before the end of the week (starts Monday in SA server for example) by completing Daily Quests, to receive x1 Sekkanto I from the Weekly Activeness Chest.
- Requires around 145 Total Activeness per day, but you can go beyond 150 to earn more Weekly Activeness. Level up to unlock features, strengthen your characters to complete tasks, and more.

- Accumulate 60 wins before the end of the week (starts Monday in SA server for example), to receive x1 Sekkanto I from the Weekly Wins Chest.
- Requires at least 9 wins per day. This is doable even for F2P, just clear your defense teams to keep your rank low. Strengthen your team and only select Easy targets.

- Yokai Points can be earned by completing various tasks, events, and quests in-game. 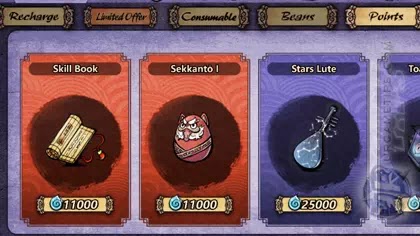 - SSR = Better use them all as your main or for your backup teams, evolve them using Sekkantos instead. Only use dupes to evolve base characters at higher tiers and if that dupe is no longer needed. Not recommended if you have limited number of SSR characters.

- SR = Higher chance to get from Summons, so it's ok to use Dupes for evolving SR characters. Save your Sekkanto units for SSR, except if you need to evolve SR Human types like Jiang Zhuo Yue (starter character).

- R = Pretty common from Summons, use dupes to evolve useful R support characters, but if you don't need them then use them to strengthen other characters (devour).

- N = Not recommended, use them to strengthen other characters (devour).

Which Dupe/Copy Should I Use as Base?

- Check their Traits (beside Skills) to see which dupe to use as base. Trait differences are more common for SR or lower grade Yokai. Traits can be randomly obtained upon Summoning them.

- Creatures in the world are divided into immortals, ghosts, demons, fairies and humans.
- Humans can't devour others so you can only use EXP Peaches and Growth items to level them up.

- Devour Rank N and R characters, except for R units that you find useful as support (example: buffers/debuffers, poison damagers, and control) for your backup teams. Be warned, devouring is permanent and devoured characters will be gone forever!

- I won't recommend devouring SR, better use them to evolve SR characters to strengthen your backup teams.
- NOTE: Devouring any Yokai while the Growth Limit of you character is maxed, will just consume them as EXP, stats won't be added.

- NOTE: Growth items except EXP+ Peaches, will not generate EXP bonus to your character.

How To Farm Growth Items?

- Farm them by Exploring Stages, dropped by enemies. 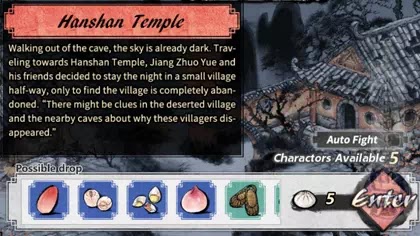 Which Stats Should I Feed To My Characters?

- Depends on which stat/s your character needs, enhancing weak stats would make them a bit more versatile, while enhancing their strengths would also make them stronger for their role.
- Play them for a while before deciding which stats are needed. You can also use their skills as basis, try to make their role and skills more effective by enhancing certain stats.
- Here's some examples:

- HP+: Good for Healers since healing amount is based on their max HP. Also for characters that needs more survivability.

- ATK+: For characters that lacks fire power, or if their main skill effects are based on pure DMG (ex: Life Drain, Burn and more). Most characters can benefit from this stat.

- DEF+: If character needs more survivability. Usually for front liners like tanks, or close combat melee like shield and support type characters. Other characters that focuses only on dealing Poison or Control can also benefit from this.

- CRI+%: Most characters can benefit from this one to activate skill effects that requires attacks to CRIT (if it's worth it though). Note that higher Grade characters naturally have higher base CRIT stats which is more ideal to increase.

- Prioritize SSR characters first, choose 1 or 2 stats to increase.
- You can also enhance ATK, DEF, and HP from gears, CRI+% is somewhat rare though so you might want to consider that.
- TIP: Also refer to their gear's stat bonuses, example: If you equipped a character with HP+% stats including gear set bonus stat, then adding HP+ would make these bonuses more effective.

- Devouring grants random Traits.
- Aside from leveling up, devouring Yokai and/or EXP items (except Growth Items) will fill up the Trait bar, once full, Trait Lvl will increase, up to Lvl 5.
- NOTE: Devouring any Yokai while the Growth Limit of you character is maxed, will just consume them as EXP, stats won't be added.

- Devouring copies (must be the same exact name) can randomly upgrade 1 default skill. Example, if your main SR Yasha devours another SR Yasha (regardless of tier or Lvl), one of her default skills will be upgraded. Recommended for SR and R Yokai since they are easier to get from Summons.

Lock Your Main and Backup Characters!

- To avoid mistakes, go to your character's main screen and click on the "Lock" icon next to his or her Name.

That's it guys, thank you for checking our Devour and Evolve, How To Get Sekkanto Guide for the RPG mobile game - Yokai: Spirits Hunt. Available for Android (Google Play) and iOS (App Store).