World of Legends: How to Get Gems Like Mirror (2 Heroes) and Attack Speed

Learn how these Gems work and use them to your advantage, but be careful though because some of them comes with great penalties to some of your Hero's stats. 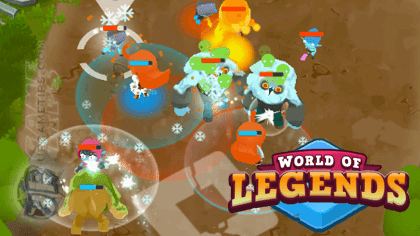 What Are Gems and How To Get Them?

It's Your Hero's 5th Slot Gear

- Gems are Legendary Type items that can be obtained randomly from any Chests in the game except Rune Chests from the Shop.
- Gems's stats are always the same regardless of it's Lvl.
- Gems can't be upgraded at the moment.

- Simply the most popular Gem used for World Boss raids.
- No penalties too, so it's really one of the must get Gems for all players.

- Can be used for certain scenarios like clearing mobs, normal attacks turns to "splash" attacks, and if I'm not mistaken, certain weapon Traits can be activated multiple times too when attacking using this Gem (needs confirmations).

- Your Hero is the best tank unit in the game, and now with this Gem, you can get 1 more!
- Pretty OP in my opinion because double image means double HP, and more HP means more time to cast lots of Spells during battle.

- Gives first strike advantage? Spear weapons have +1 Range so that would give Spear wielders +2.5 Range with this Gem!
- This is going to be an interesting Gem if you can hit max Attack Speed without using the Attack Speed Gem.

- Just to be clear, Roam Speed only applies when you are moving around the maps in the world, while Move Speed applies while in battle.
- Maybe usable for searching World Boss locations, collecting collectibles, and for grinding.

- Like I said above, Gems are Legendary Type items that can be obtained randomly from any Chests in the game except Rune Chests from the Shop.
- Here's some ways on how to get them with higher chance.

- For more info, go here:
- World Boss Info, Spawn Times and More
- Join the Raids with all players in the server to: 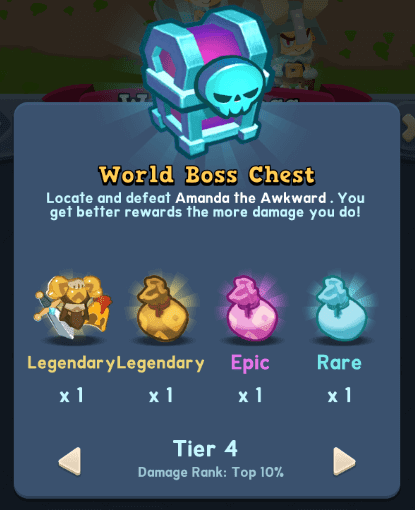 - NOTE: Even if you can only get the lower Tiers of Chests, you can still get a chance to get Gems.
- *This is where I got most of my Gems, takes a while but keep going.
- The best thing about this method is that you have a chance to grab them every few hours (repeatable event within the day).

- Refer to our separate guide below for the first 2 World Bosses:
- World of Legends: World Boss Tricia and Niki - Best Team Build, Spells, and Gears

Buy Chests From The Shop

- Recommended for casual players or cash users who wants to spend some real cash and support the game as well.
- Players prefer the Gear Chest because of it's higher chance to draw Gems (NOT guaranteed drops, still random).

- Iron Chests that can be bought with Coins also drops them but chances are lower.

- Join an active Guild and complete your Guild Quests during weekends to contribute points. Aim for T6 or T7 Guild Chest before the end of the event to get a higher chance of getting Legendary Gems!

- The idea here is to play a number of guest accounts, then open all chests that you can until you think there are no more easy chests to open. Repeat until you are able to get the Gem you like at the very beginning of the game.

- This is very luck based, but up to if you want to do it.
- This is also one of the reasons why some low Lvl players in the game, already have 2 Heroes (Mirror Image Gem).

How To Reset Game (For Android Devices)

- Go to Settings > Apps > World of Legends > Navigate and look for the "Clear Data" option.
- Note: During the tutorial, once the game asks your permission to connect to your Google Account, select "Deny". Next, it would ask you to choose an account to use, but just click/tap outside the window to continue and play using a Guest account instead.

- Once you are able to get the Gem you like, go to in-game options then link your game to your Facebook or Google account. Warning! connecting a new game to your account will override your previous game progress from that account.
- Be careful and Good Luck!