✔ Strife D Leingod Published 10:03 PM
Tags
Android and iOS Game Apps
Sword Art Online: Memory Defrag Tier List
Sword Art Online: Memory Defrag Tips and Guides
Here's a list of 5-Star Characters that are currently rated under Rank B! This section is the summary of all ranks and ratings given to all characters in the game, in terms of Speed Rankings, Floor Clearing capabilities or Tankiness. 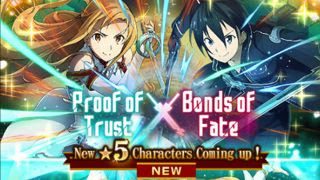