✔ Strife D Leingod Published 3:10 AM
Tags
Android and iOS Game Apps
Sword Art Online: Memory Defrag Tips and Guides
Here's a guide on how to Limit Break or Limit Hack your characters in the action RPG mobile game - Sword Art Online: Memory Defrag. Limit Breaking characters will increase their Lvl caps, and will also receive bonus stats depending on which path you choose.

- In the Attribute Matrix, Hacking Crystals can be used to perform Limit Breaks. Doing so will raise the upper limit of a character's level, allowing for more ability enhancements. 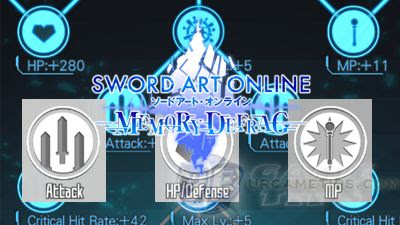 - After performing a Limit Break, you can choose to increase Attack, HP/Defense, or MP.
- Note: You can change the stat whenever you like, but you need to obtain the requirements again.
- It is highly recommended that you only do this to your core 6* or 5* characters, to increase their Max Lvl to up to Lvl 100. 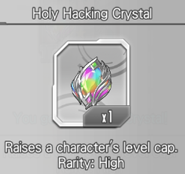 How To Increase Your Chances?

- One tip is to spend your Diamonds on Scout Banners that features only around 3 characters.
- Check the "Characters and Rates" option to double check, if there are only around three 6* or 5* characters on the list, then that's the banner that you should try pulling.
- Some banners will also give higher chance to some selected 5*/6* characters. This is also good if you already have the featured characters.

- Note that Scouting requires a lot of Diamonds and Luck, because the percentage chance of getting a 5*/6* character is only 4%. 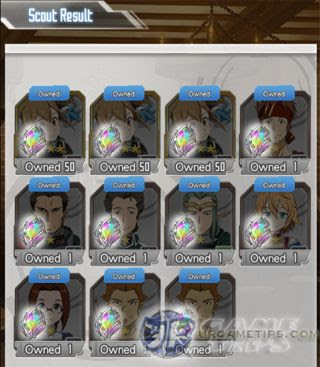 - Only pull once or twice a day, but avoid pulling twice or more in a row though because it would almost give similar results.
- I don't know but personally, it looks like I have better luck when pulling right after the daily server reset LOL~ check example pic above.

- Depends on your luck really, like if you feel lucky doing YOLO pull, why not, but if we do it with math, Multi is better, plus you can get more Hacking Crystals because of the extra pull. The weird thing about Multi is that, if you are lucky enough, you can get 2 or more 6*/5*/4* in a row...

- Single Pulls however is also a good choice if you are running low, or if you want to conserve MDs.

- Free characters from events like Kirito [Fairy Dance] and Asuna [Captive Princess] can be limit broken by using some farmable hacking shards, crystals or items from limited events.
- Note: Only the game devs knows when these limited events will return, but highly recommended that you max limit break them before the event ends.

- Characters that you get from the Medal Scouts can only be limit broken by using a special kind of Hacking Crystal, exclusive only to them.

- Similar to the regular Scout, these type of Hacking Crystals can only be obtained by scouting duplicate characters using certain kinds of Medals under Medal Scouts (available only during Ranking Events).

- Note that Limit Breaking these characters will also get higher stats increase than regular Scout units.

Medals, Tickets, and Other Similar Items

- Note that these items can be obtained from ranking events and mission completion rewards.

Which Character to Limit Break?

- Actually depends on your personal preference, but if you want some advice, I would recommended checking our Tier List to check which characters we recommended to limit break right away.
- Check our character rankings here: SAO MD Characters and Tier List
- Prioritize your Core DPS unit first.

- In case you have multiple characters under rank SS or SS+ for example, go first with the one that has the best weapon and/or with high hits/sec. If you have limited resources, it is also recommended that you Limit Break Dagger, Lancer, Rapier, Dual Blades or Sword wielder units that are under the Neutral, Dark, or Holy element (won't get damage reduction vs any element).

Debuffers (Attack & Defense Down)
- These are pretty good units that can also be used for most Boss battles, if you have a strong unit that can debuff, then that is also a good candidate for Limit Breaking.

Which Stat or Path to Choose?

- Free Characters: HP +200 and Defense +40
- Not really recommended, because for a game that requires heavy dodging/parrying and fast stage completion, you'll eventually find these added stats kinda lacking...honestly.
- Even for characters that are squishy, these stats won't be enough to save them, better upgrade your gears and learn to dodge well at least.
- Might be good for Tank characters with average or low DPS rank, especially now that we can also use them for the Floor Clearing Events. The problem is, I doubt if players would like to LB them though~ XD.

- This is a good path but very situational, if you are looking here to increase your MP gain, then I won't really recommend, get the MP you need from armors and accessories instead.

- Recommended for Casters, Ranged units, or for select Melee units with notable utility skills like Stuns (based on number of SS3s): Get this only if you want to increase your MP pool to fire more SS3s, but before that, better max your character to Lvl 80 and equip some decent gears first (consider all Gears/Battle Skills MP+% and MP requirement -% too).

- Example #1: Check your actual MP during battle, then calculate if you only need some few MP points to push your MP pool and cast 2 or 3 SS3s. If your character can't reach it, it might be best to choose the Attack path instead. For best results, your character should have a Battle Skill with high MP+%.

- Example #2: If you want your character to cast his or her 2nd or 3rd SS3 asap and save time, then this is also a good choice. Even better if your character has a Battle Skill with high MP+%.
- Example #2 is highly recommended for full support units that doesn't attack much like Asuna [Captive Princess].