Refer below to learn the basics and mechanics of the game like how to effectively use your attacks, combos to charge up your Brawler's burst meter, and more! 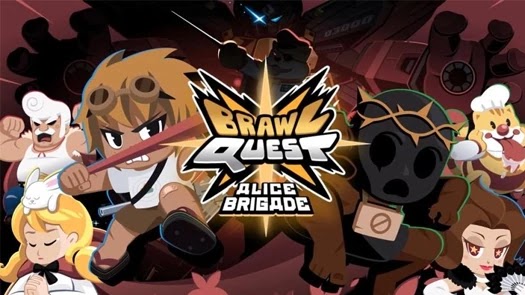 - Use them to disrupt or cancel enemy attack animations (time it well).
- All attacks except basic attacks can make your Brawler almost invincible, use this chance to negate enemy's basic, projectile, AoE, or special attacks.
- Most Jump Attacks are also very useful for building combos, escaping tight situations, and dodging attacks/dangerous areas.
- Charge Attacks usually have higher damage but consumes more Stamina.

How To Fill Up the Burst Meter? 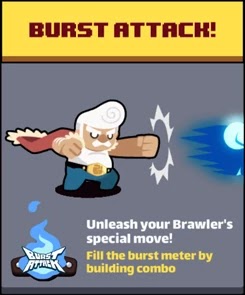 - NOTE: The burst meter will not fill up until you end your combo streak.
- TIP: You can equip LORD Pet to increase your Burst Fill Rate (increases bonus per hit, very useful for Brawlers that can't always get max hits).
- To maximize the effect of your Burst Attacks, try to lure and group up enemies first.

How To Build Up Combos?

- Maintain and keep doing combo hits, if possible do not let enemies fall to the ground unless you want to stop your combo count. Also avoid getting knocked down, try to eliminate ranged enemies or dodge their attacks while attacking.

- TIP: To avoid letting your target/s move away from you while attacking them in midair, just hold and keep your Brawler moving forward while spamming basic attacks. Alternatively, you can use Jump attacks to move your Brawler forward for more combos. 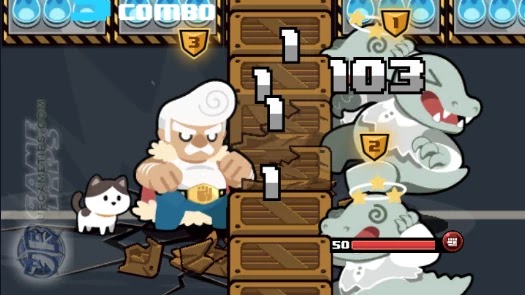 - TIP: Hitting breakable objects like boxes also counts but mind the time if you want to get all 3 Stars for that stage. You can try hitting these breakable objects before or after attacking enemies to rake more combos.

- TIP: You can also hit these breakable boxes before going to the next wave of enemies, or while battling heavily grouped enemies to charge up your Burst Attack. This is done best when farming Gold from higher difficulties, and if you don't mind clearing the stage for more than 3 minutes.

- As you progress through the game, enemies with high Super Armor are very annoying to deal with because they will not flinch when getting hit (also giving them a chance to land an attack to your Brawler!).
- If you are up against enemies with high Super Armor, sometimes it's best to fight them 1 at a time, especially if you are using weaker Brawlers (type disadvantage, or not enough level). 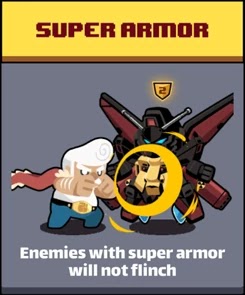 How To Reduce Enemy's Super Armor?

- Use attacks with high hit count to quickly remove their Super Armor. For enemies with 1 or 2 Super Armor, you can do some quick basic attacks (best vs enemies with slow attack intervals), or try using a Charge Attack to knock them down (time it well).

- You can also simply use Burst Attacks to destroy their armor and defeat them.

- Letting them do some of their attacks would also reduce their Super Armor.
- Example: You can go in front of the target/s to bait their attack, then quickly dash (dodge) towards their back and start attacking.

- If you need Gold, go and farm the highest stages available that you can easily clear. Even better if you are online to watch an ad every after clearing a stage to double your rewards!

Example (Once You Reach Secret Lab):

- Also follow same pattern to future Stages once you are able to unlock and clear the highest Area and Stages. Also try to use recommended Brawler Types to decrease time.

Should I Play Stages Above Recommended Lvl?

- YES! It is possible to clear them even with lower Lvl Brawler (depends on player skill, no need to get 3 Stars, or use recommended types), best if you can play online too, because you can watch a video ad to revive your Brawler once per battle (just in-case). 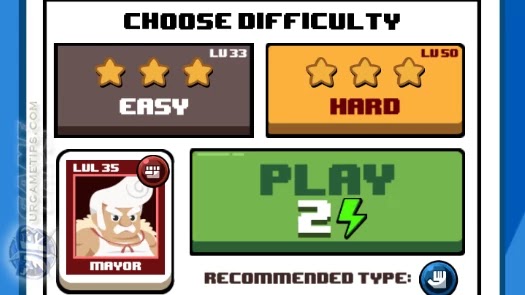 - This is one of the best ways to boost your Gold farming (watch ad to double your rewards).

- Clear Hard Mode to unlock the "Quick Loot" option for that stage.
- Gold received is based on the total number of Stars you currently have, so using "Quick Loot" to any stage will generate same amount of Gold.

- Farm current or previous stages depending on what you need (check the clear reward item per stage). Unlock new stages and clear Hard Mode to get more chance to roll Caps and Orbs that you need.

- Farm manually or use the "Quick Loot" option to re-roll the featured items.
- For more tips, refer here: Best Ways to Spend Gems and Gold - Tips and Guide

- Best Brawlers and Recommended Pets to Use

- Best Ways to Spend Gems and Gold - Tips and Guide

That's it guys, thank you for checking our Tips and Guide - Basics and Farming Gold, Caps and Orbs for the arcade and action mobile game - Brawl Quest - Offline Beat Em Up Action. Available for Android (Google Play) and iOS (App Store).