Refer below for example Team Builds and Heroes used to clear the first 500 stages, until Stage 1000!

- Here's an example list of heroes that I used, and their upgrades after clearing the first 500 stages. You can probably do it with less upgrades, I am an idle player so I might have farmed more Gold, Keys, and merged Soldiers. 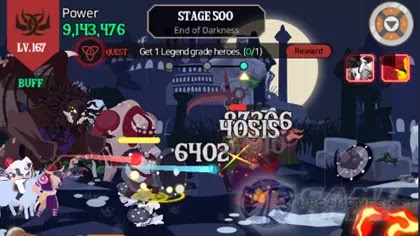 When is the Best Time Use Sub Beasts?

- I would suggest using them during the first and last wave of the stage, right before your tank reaches the enemies, this way you can use them twice per stage.
- Cool-down also resets after clearing a stage.

- Just let your team normally clear the easier stages, then do manual pushing once they get stuck. If you can no longer push it to a certain stage, try to upgrade your heroes or team.
- Note: This is not the only way push stages, only use for reference.

Use Chief Thorkell To Absorb Damages! 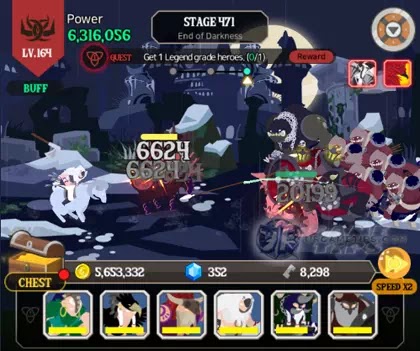 - Let Chief Thorkell dive in and cover your entire team from incoming damages, and to help your tank come closer without taking any damages. If you have White Owl, he will sometimes cast slow to help reduce incoming damages.
- Once Chief Thorkell is defeated or about to die, quickly switch him with Toothless (or any decent off-tank you have, best with Splash Damage skill).
- Next, continue and  clear the mobs.

How To Defeat Bosses

- Let Black Crow and your other units that can do Splash Damages to quickly clear the mobs near the Boss. 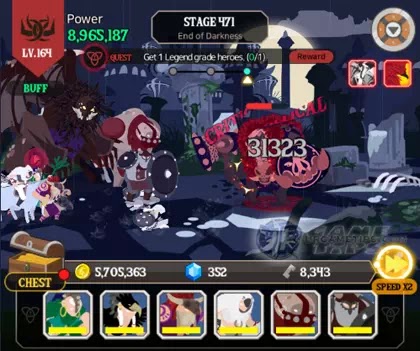 - Now, this is where the MVP Blood Sorcerer comes in, his job is to immobilize and stun lock the Boss. If the Boss comes in with his mobs, just hope that he will use his AoE immobilize skill to stun them all.
- Note: If things didn't go according to plan, just try again.

Heal Up Your Tanks!

- While the boss is stunned, let your tanks (Armored Warrior and Toothless) get healed first, then switch Toothless with Chief Thorkell to let him heal too before moving to the next wave.
- TIP: If you need more time to heal up, temporarily switch out some of your damage dealers, then put them back before the boss dies. 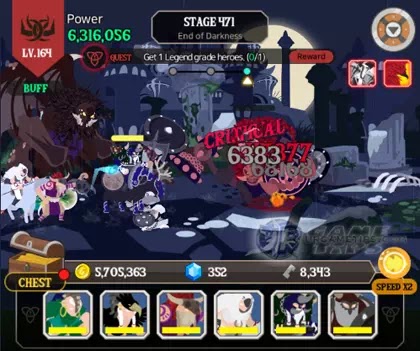 - TIP: If you are in the final wave, you'll get a nice HP recovery once you clear the stage, and also plan ahead and make sure Chief Thorkell is in before the next stage.
- At this point, you now have the original team of heroes, refer to the top section again and repeat the steps. Good Luck! ^^

Once You Clear Stage 500

- Same strategy above, switch out DPS units if you need to heal more.
- If all 3 tanks are not enough, switch any high HP unit you have, preferably with Splash Damage skill + decent upgrades to keep the boss busy until it get immobilized.

- Same strategy above, but you might need more meat.
- Example Tanks Used: Armored Warrior and Toothless Lvl 300, Chief Thorkell Lvl 275, Army Band Captain Skald Lvl 250 (or use other high HP heroes).
- Note: All 4 tanks must have near full HP before every wave, use Army Band Captain Skald (if you have him) to help heal the party if needed. Be smart and switch out full HP tanks/off-tanks to heal the others, then switch Chief Thorkell back again to lead the pack!

- After clearing Stage 850, you can now rest because you'll get 2 node stages again.

- Just continue using the strategy above once you get stuck, but upgrade them with dupes as well, get more meaty tanks if needed.
- This is where you should start farming more Heroes to upgrade your key Heroes to Legend Heroes, to make things a lot easier! Good Luck! ^^