MARVEL Strike Force: Beginner's Tips and How to Play on PC with Bluestacks

- Gameplay is very similar to other RPG gacha games that are out there, so if you like these kind of mobile games and love super heroes, then we highly recommend playing MARVEL Strike Force. 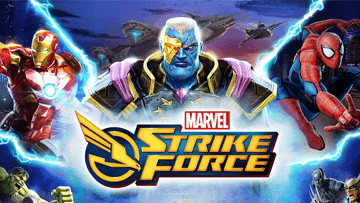 - Recruit your strike force and form a squad of powerful MARVEL Super Heroes and Super Villains based from the MARVEL Universe!

- Collect, customize, and rank up multiple characters as you go, then assemble your squad and pair up specific characters to perform combo moves to take out enemies. Note that in this game, team building and synergies between characters are very important for PVE and PVP battles.

- You will start with some free characters provided during the tutorial missions, these characters are kinda weak but sill usable overall. Upgrade them for now to complete the first few campaigns early game, don't worry because you'll get a chance to farm and recruit other characters as you go. 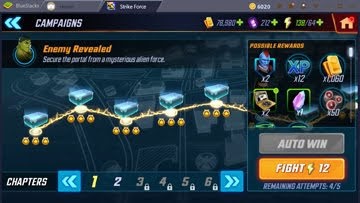 - Continue and complete as many story missions as you can with your current squad.
- Unlock character nodes and gear nodes, and also try to three star any nodes that you can to unlock the "Auto Win" feature for faster farming later on. 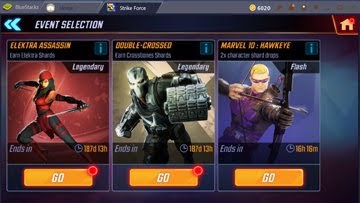 - These 2 villains that you can unlock and recruit early game are pretty handy for the "Villains Campaign" mode, and are useful too for certain teams, get them both and upgrade them right away. 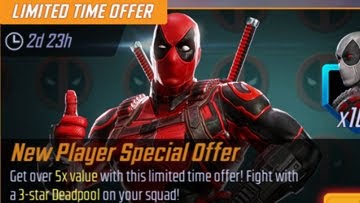 - Once the new player special offer becomes available from the Store early game, go for it!
- It would require you to spend a bit of money for it though, but these characters are extremely good and useful until late game.

- TIP: The featured character for the special offer is random, so if you are wondering which character is the best one to get, and willing to spend some time doing re-rolls, then I would recommend re-rolling for Black Widow, because she is not a farmable character in the game at the moment, and probably the best character so far for overall use.
- Captain America and Quake are excellent characters too if you don't want to do hard re-rolls.

- In terms of all around use, and specific team/mode use, I would highly recommend farming these characters as soon as possible. Note that these are just recommendations and might change depending on new updates.

- Hawkeye: Great AoE and can inflict blind debuffs to enemies.
- Night Nurse: Great healer for all around use, especially for Raids.
- Yondu: Great all around character, excellent AoE attacks, and can dispel enemy buffs!

- Well, she has it all, damage output, speed, stun, bleed, and can also steal certain buffs from her targets!

- Excellent tank for any team because of his wide synergy potential with other characters, provides defensive buffs and dispels enemy buffs.

- Recommended character with really strong debuffs, can turn the tides of battle just by using her "slow" and Ults.

- Simply great units to have, that are also on par with the above mentioned notable characters that doesn't need or require specific synergies or team compositions.
- Night Nurse: Highly recommended character for Raids.
- S.H.I.E.L.D. Operative: Notable character for Escort Campaign Missions.
- Other characters are also good specially when paired with specific characters or team. Experiment and try them out too for other game modes.

How To Play MARVEL Strike Force on PC

- Here's a quick guide on how to play Marvel Strike Force on PC using the best Android Emulator. 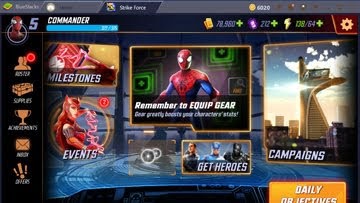 - I highly recommend using Bluestacks, it's the best one out there.
- Download and Install this android gaming platform on your PC first: 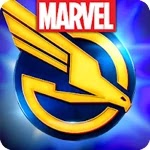 - If you have an existing game from your phone or tablet, make sure that it is properly linked to your account first to back up your data and play on multiple devices! 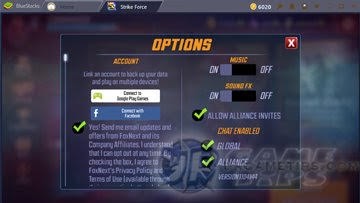 (If want to play your Mobile Game from Bluestacks to Phone/Tablet, make sure to link as well.) 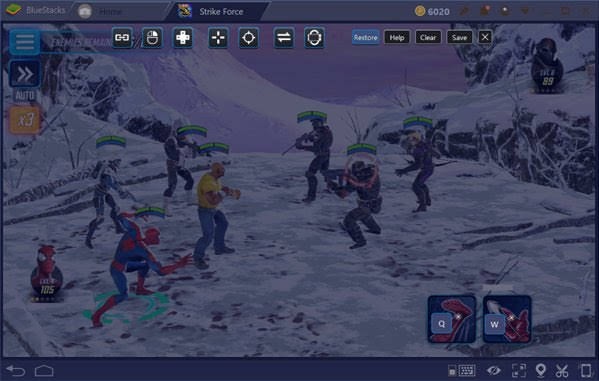 - This game doesn't need complicated key maps because it's a point and click RPG game, but by default, the game will set "Q" and "W" for skills (Bluestacks 3 version). Do a long press to check the info of your character's skill, and use your mouse to select or change targets.
- Add more keys if you like, depending on your play style or needs.