✔ Strife D Leingod Published 2:52 AM
Tags
Angel Stone Guides
Rage incarnate, Berserkers attack with riotous abandon. A perfect class if you enjoy charging into enemies head on! Now, empowered by the Angel Stones, and driven by desperation these warriors are ready to survive...and destroy. 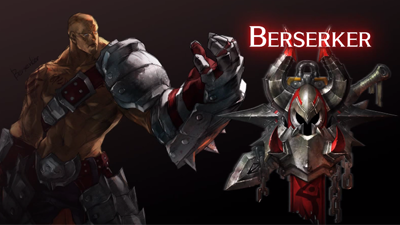 Reminders and Tips
- Note that you should reset mission attempts once a day to quickly unlock or farm needed Angel Stones, especially the passive ones like Iron Skin and Tenacious Will. Crushing Strike and Venom Wind are also highly recommended.You can also buy them from the demon Shop or Magic Shop if available.

- Free Angel Stones will be given upon reaching certain Lvls, rewards from Demon Raid Stages., and Battle Zone's Boss drop (special Angel Stone).
- Angel Stones that are redeemed from Daily Logins like Active: Shadowfire Strike (August Login Reward, added in Demon Raid Shop) will not be included here to make this guide friendly to all new players. Experiment with them as you go.
- All Main Skills must be maxed until the next ACT's suggested skill set.

- Go for the shortest path when you reach every 10th boss stage, return once you get stronger. Use revive if you want.

Create a good balance between your Active Skills' Rage Consumption and Rage (Resource) gain to effectively utilize skills. Unlike other classes, Berserkers will only regain Rage or Resource by attacking enemies or using skills with Rage bonus.

Optional Skills: (can be used to fill up slots.)
- Active: Roaring Flames =  Nice for clearing heavy mobs together with Venom Wind. Note though that this doesn't give Burnt effect.

Story Mode ACT 4:
- Play smarter now, run around to wait for cooldowns while avoiding damages. Let your skills cooldown first before taking the next mobs or boss.

Basic Combos:
- Whirlwind + Dauntless = Nice AoE blood damages. Move out from mobs after using, let them bleed, unless you have Dauntless. Can also cancel some monster skills.

Optional Skills: (can be used to fill up slots.)
- Active: Killing Blow = Nice stun, great for PVP or Airship (single-use skills only). Use after Vampire Blade or Whirlwind for PvE, can replace Venom Wind if you like.
- Passive: Rising Fury = Use until you get Dauntless.

*From here on, leveling up will get slower. Grind until you reach Lvl 38+, and finish the ACT.
*Continue upgrading your passives and needed active skills. For your Summon, a nicely upgraded Zombie is still ok until Lvl 50+, replace if you like.

Skills Available for Your Lvl But Not Mentioned Above:
Angel Stones that are redeemed from Daily Logins like Active: Shadowfire Strike (August Login Reward, added in Demon Raid Shop) will not be included here to make this guide friendly to all new players. Experiment with them as you go. 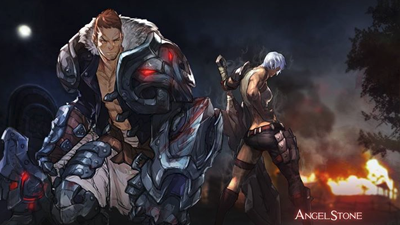 How to Defeat 4-10 Boss
- If this is you first time hitting this stage, better go for the shortest path first, then come back once you are stronger.

The Golden Goblin
- Don't kill the goblin from the start, go straight to the boss.
- Once the boss charges up, or even before it does it's thing, click on the Golden Goblin (Red Dot on Map), and defeat it. Once defeated, you'll get a temporary shield, it's you best defense against those charged attacks.
- Crashing Strike's Low CD and Vampire Blade should be enough to defeat the Goblin.
- Use your Venom Wind and Whirlwind after getting the shield to inflict major damages.

- TIP: Once you see the Red dot on your map the second time, start targeting that Goblin, by the time you defeat it, your shield will be up for the next charged attack.
- Should be easy, once you get the pattern.

If you reached Lvl 40+ you probably know now what you are doing, just follow the patterns and tips above and continue. Feel free to form your own skill sets depending on the situation you are in. Experiment and have fun!

That's it, I'll end it here guys, since I don't have enough resources to run all characters. I hope this is enough to kick start your gaming experience as a Berserker, good luck ^^

If you have a skill set suggestions for the next ACTs, feel free to comment them below to help other players as well, thanks. ^^

ACT 5
- So far I'm still using same ACT 4 Skill set for ACT 5, but replaced Whirlwind with Roaring Flames. Don't be fooled by it's numbers, this is actually a very good AoE skill, CD feels like it's just 10 seconds because of it's duration. Damage per second is also high when calculated (base+fire damages per second even if it's 50% less).
- Roaring Flames is kinda hard to farm though, because it goes with Crashing Strike and Tenacious Will, so Whirlwind is still a viable AoE skill.
- The above skill set can finish ACT 5. Recommended 3 or 4 Stars with maxed ups.

Note to Party Dungeons
- Berserker's damage is reduced by 15%.
- Provoke monsters or bosses then run around, that's how you can tank effectively, especially for Heroic/Legendary Party Dungeons.

Skill Options!
- You can also get Skill Options from Legendary Items that will enhance your preferred Skills!

Stats and Unique Options
- Reduce Resource Consumption or Max Resource +: These stats will help you cast more skills, nice for long boss fights. If you are using Crashing Strike, this might not be a problem.
- Attack Speed: For faster normal attacks, higher DPS.
- Reduce Skill Cooldown: Nice stat to increase DPS.
- Extra Damages: Nice addition to your arsenal, increases DPS.
- Resistances and Reductions are very common, can be nice for certain mission stages to increase survivability.