This will also help players understand other game guides found here like walkthroughs and more. 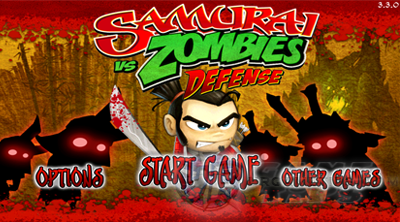 Coins
- Dropped by enemies, Wave completion reward, and Pachinko random rewards.
- Mainly used for upgrading allies and abilities in the Shop.
- To farm Coins, simply replay any waves that you like, but once you reach 85% to
90% completion, let your hero die by moving towards your enemies to take their damages. To stop your hero from attacking, continuously tap left and right till he dies. You'll lose but you will still get Coins for killing your enemies.

Glu Credits (Android) or Gems (iOS)
- Dropped by enemies, Wave completion reward, and Pachinko random rewards.
- Only use these for upgrading Nobunaga! He will greatly buff up your Defense!
- To get more Glue Credits or Gems, refer to the guide below:
- LINK HERE SOON!

Revives
- A rare item that Revives the Hero after death!
- Revive will also deal massive damages upon your wake.
- Mainly used for killing Bosses in Wave 50, Wave 70, or in some
difficult stages. Save all your Revives and use them wisely!


Sushi (Allies) and Rotten Sushi (Zombies)
- Replenishes Health to full when used!
- To use these items, simply tap on your Sushi located at the upper right corner of
your game screen, while in battle.
- This is really handy for picking up items near your enemies or for sneaking behind
your melee enemies and attacking their ranged allies. 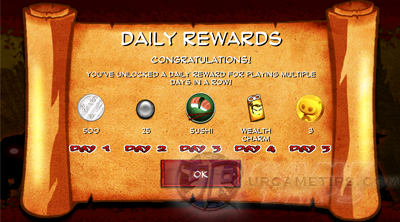 Sacred Gates and Hell Gates
- Your aim is to defend your gate and to destroy all waves of enemies!
- At some points of the game, you'll not be able to defend your gate, so use Revives
to bring them back up. Healers like Priests can also heal your Gates!

The Leadership Lvl (Allies) or Brains Lvl (Zombies)
- Leadership Points (37): Available points for Summoning Allies or Zombies. Tap
on their icon to summon them. All units will have different number of requirements.

Attack, Dodge and Delay Enemy Movements!
- Learn these basic controls and movements to increase your chances of winning!
- Note: These tips only applies when you are alone, while waiting for your summons. 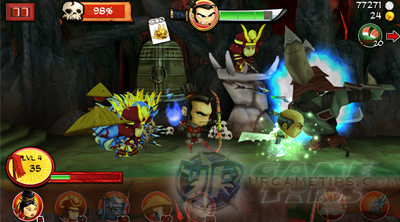 How to Dodge Attacks
- Get close to your target's attack range then quickly move back to observe their
attack animation. If you can land an attack before dodging, that's also good. If your enemy has a very wide range, move to it's back instead if there are no enemies behind. Always remember their attack animations for future use.
- This is a very useful method to delay the advancement of your enemies. Do this all
the time specially at the start of your defense to get more points for summons or to quickly upgrade your
Leadership Lvl for more space!

Normal Attack: 1 on 1 vs Mid-Range Enemies
- Use your bow. Get close to their range to only dodge and delay their movements.
- Most of them can't be knocked back and can also deal high damages.

Normal Attack: 1 on 1 vs Archers
- Simply attack target with your Sword to keep it busy with knock backs.

Normal Attack: 1 on 1 vs Healers
- You'll hate them because they will only heal your attacks LOL! Specially when
you are playing Zombies Rising! Just try to keep their distance away from their allies by attacking them.

Normal Attack: vs Grouped Melee Enemies
- Attack with bows, get close to knock back possible targets, then move in and
out of their attack range to dodge and delay their movements.

Normal Attack: vs Grouped Mid-Range Enemies
- Attack with bows then move in and out of their attack range to delay them.

Normal Attack: vs Grouped Archers
- It is possible to attack them head on using knock backs. Just watch your
Health bar and move out when it gets low.
- If they can freeze you, it is better to move back and try to delay them.

Normal Attack: vs Grouped Fast Enemies
- This time, if an enemy passed you, run back and stand beside your Gate.
Attack them with knock backs to keep them away from the Sacred Gate.