✔ Strife D Leingod Published 12:33 AM
Tags
Torchlight II Guides
Robot Parts Side Quest: You found a strange piece of metal that appears to be some part of a robot. It has '4000' carved into it. You wonder just how many more pieces there could be.

This side quest will become available after getting the Robotic Drum in Act I - Widow's Veil. The parts are scattered secretly around the game and the only way to get them is to complete a series of events or actions to unlock secret gates and pathways. 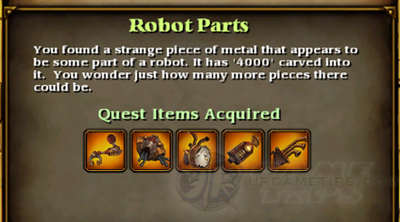 - Unlock the Gate behind the NPC "Finnas". Note: If the gate
isn't present, look for it around the map. It should lead you to a secret area.


- Location: Zeryphesh > Ossean Wastes (Get Quest from Commander
Muzaffar) > Tower of the Moon

- Unlock the Gate behind the NPC "Duros the Blade". Note: If the gate isn't
present, look for it around the map. It should lead you to a secret area.

- Location: Zeryphesh (Get Quest from Jasha) > The Empty Quarter > The Salt Barrens
(Get Quest from Hareph) > Swarm Point (Talk to Hoska) > Brood Hive
- Awaken the hidden "Sand Hulk" that is blocking the way to the robot part. The monster is
located east from the red portal. Do this before entering the "To Salt Barrens" portal. 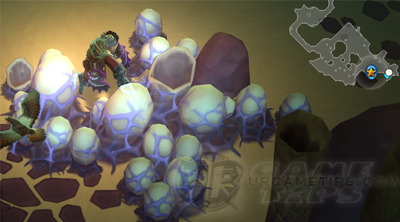 - Do this first to unlock Robotic Head (Act III - Part II) below.
- Location: Imperial Camp > The Rotted Path > Blightbogs (Find the Bell and put it on the
Bell Stand) > Blightbogs (Get and complete Cacklespit's Quest) 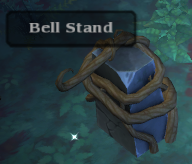 - Location: Imperial Camp > The Rotted Path > Blightbogs (Get Quest from Vanquisher
Captain) > Abandoned Sawmill
- Unlock the Gate that has a crossed ax symbol above it. You can also see a chest near the
gate. Do this before entering the blue portal to the boss battle map. 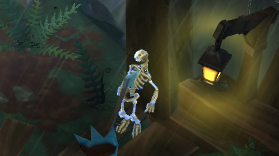 - Note: You must first complete Robotic Head (Act III - Part I) above.

- Location: Imperial Camp (Get Quest from Widget) > The Rivenskull Gorge > Sundered Battlefield (Lit the 2 Altars and Get Quest from Fade) > Cacklespit's Realm

- Unlock the secret way inside the realm.

- To Unlock: Destroy all 6 trunks on the map then locate the secret way by walking around the map. If you are near to it, a sound effect will play (similar to a successful enchant). A way will form to the location of the robot part. Refer to the screenshots below for sample map and locations. 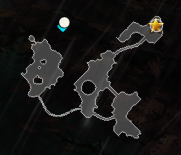 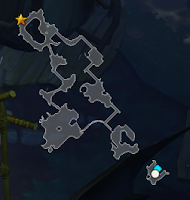 How to Complete the Robot Parts Quest

Your robot parts hunt is complete, but in order to complete the quest, you must first
complete the "The Power Source" story line quest and unlock the "Broken Mines" at the Imperial Camp.

Talk to Professor Stalker again (Imperial Camp) to piece together the Trill-Bot 4000 robot.