✔ Strife D Leingod Published 9:09 AM
Tags
BloodRealm Guides
Buy Champions from the Marketplace to increase your strength, protection and flexibility. Champions also have their own unique set of supported spheres, special abilities and stats, giving you more choices for your custom deck and strategies.

Guru Ka Champion and starter deck is given for free during the tutorial at the start of the game. Follow the tutorial and learn how to play the Guru Ka deck. Always remember to stick to your deck's strategy. 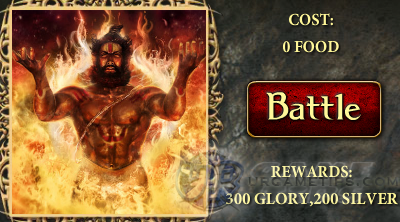 The 2 starter Champion decks below are the most recommended decks to buy early game.
They are quite powerful and can beat most decks in the story mode. Add some uncommon and rare cards from Card Packs to get a quick boost.

Keeper
- 3000 Silver
- Keeper Card Packs and Deck Builds
- Expert on crippling enemies' Strength to deal 0 damage per turn and to take up space.
- Champion can increase his own Strength while disabling enemy allies.
- Also deadly when Infect cards are added into it.

Buy more Champions if you have unprotected Provinces that produces Silver and/or Food,
to greatly reduce the number of Raid attacks. It is also good to strengthen your 3 starter decks first before buying a new one.

Guru Ka to Terminus
- 15,000 Silver
- Special Ability: Friendly ally gains Speed for one turn.
- Frenzy and Rage are good effects together with his Special Ability.