Yu-Gi-Oh! BAM: How to Beat all Type Decks in Duel Stars Challenge

✔ Strife D Leingod Published 9:23 PM
Tags
Yu-Gi-Oh BAM Guides
Cards are still very limited and some of the useful ones can only be obtained by spending Duel Points. So, how are we going to beat all the Specified Type Decks around?

The answer is simple, we will try to create a single deck using Coins, Card Points and Free Cards from rewards that can beat all specified type decks! Curious? Refer below to learn more! 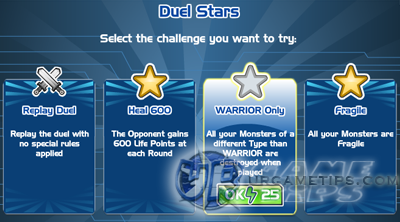 Duel Stars: (Type of Deck) Only
- This deck is customized for beating Duel Stars - Monster Type Only/Attribute Only
nodes like Dragon Only, Spellcaster Only, Fiend Only, Beast-Warrior Only, Insect Only and so on.

- The Rule: (Specified Monster Type/Attribute) Only: All your Monsters of a different Type
than the specified cards are destroyed when played. 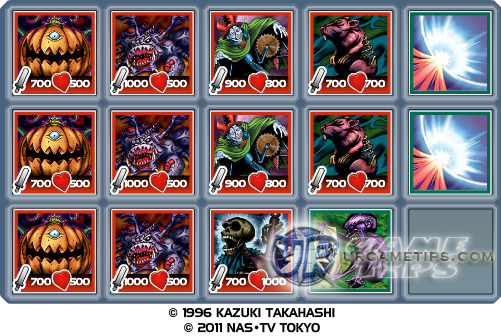 - Refer to the sample deck screenshot above. Note: all cards above can be obtained from
rewards, by using Card Points and some Free Duel Points (Mirror Force). You can get 1 Mirror Force at Chapter 19) and one more by purchasing the Special Spells Pack from the Shop (recommended).

Your aim is to destroy all monsters first then if you are 100% sure that your opponent
doesn't have any monsters left, place the Side Deck Card to finish the duel! Cool eh!?

- To make this work, do not spam your space bar! Conserve your monster cards and place
what is needed. Try to anticipate your opponent's moves too for better results.
- 1 or 2 Requiem Cards is enough (depends on your opponent's Power), do not put any
Shared Fate cards for now.
- Use your Shared Fate cards to destroy high Powered monsters. Place 1 or 2 cards if you have
less than 2 Requiem cards on the field.
- If you have the Side Deck Card on your hand, do not place it until you are sure that you have
destroyed all monsters. If you are sure, place it on an empty channel to avoid your opponent's spell cards.

- If your opponent is using White Holes or Wabokus, replace your Mirror Force cards
with Requiem Cards. It is better because they activate first before those White Holes.
- Place your Face Trap Card below your opponent's permanent spells to deal steady damage.
This card is also your safety net in case your "Side Deck Card" get destroyed by those Horn of Heaven spell or any Anti-creature spells. Spam the BAM button if you think you can win using your Face Trap!

Chapter 22: Spellcaster Only Node NEW!
- If you are having trouble with this all monster Dragon Deck, replace your Fake Trap with 1
Horn of Heaven spell (300 Duel Stars Reward).
- Replace any Spellcaster card you have (except the Side Deck Card) you are using with any
non-Spellcaster with Requiem or Shared Fate effect.

Zombie Only and Dark Only
- Since most cards in the deck are Zombies and Dark, they will not get destroyed! It is still
possible to continue on with this deck though but if you are having trouble at higher Chapters, tweak the deck and add some Side Deck Cards.

- Most Zombie cards have Dark attribute so I suggest this customized Side Deck for
completing Zombie Only and Dark Only nodes.
- Get Temple of Skulls to give your monsters some huge boosts.
- Replace monster cards that you don't have below with any similar card. 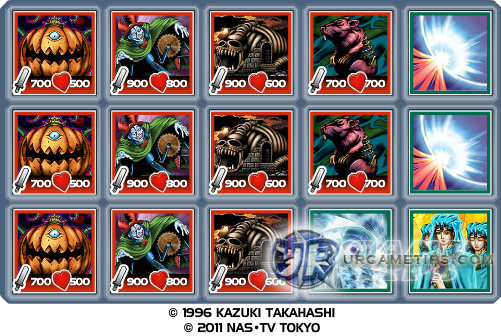 Note: all cards above can be obtained from rewards, by using Card Points and some Free
Duel Points (Mirror Force). Good Luck and Happy Playing!