Here's some quick tips and skill selection guide (best abilities to get) for the action and arcade mobile game Bangbang Rabbit!, available to download from Google Play (Android) and App Store (iOS).

Bangbang Rabbit! is a fun and easy to play hack and slash fighting game. Complete missions and defeat enemies with the skills you've learned to prove your prowess. Plan and use countless combinations of unique skills to help you survive! 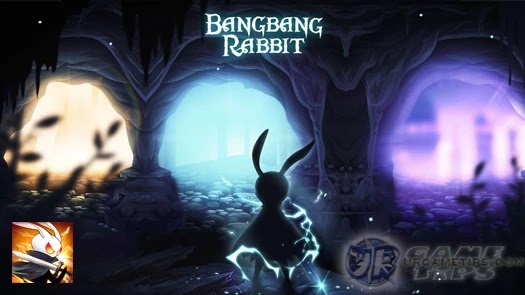 - Always pick Gold Bonus.
- Get Auto Battle/Auto Select (or all options by watching an ad), if you can easily survive and complete the stage regardless which skills to use. You can however turn them off whenever you want during battle.
- Using both options would also speed up battles which is great when farming stages for Gold Coins and Shards for example.

Clear Enemies Right From the Start

- Don't wait for them to enter your screen, start spamming attacks especially when you see the red arrows (">>" or "<<"), this way you'll be able to set a good space between you and your enemies right from the start.

Aim for 1 or 2 Hit Kills for Common Enemies 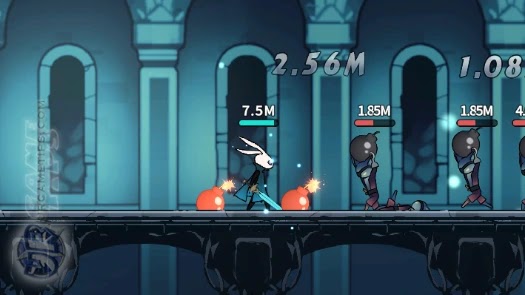 - These enemies can mob you and deal a lot of damage if not dealt with fast (focus one side first to quickly create space against enemies coming from the other side). Prioritize nearest low HP enemies first, if possible.

- If you can't clear them out, it's time to increase your stats.

- Also avoid getting mobbed, clear them out fast!

- In-case you can't avoid the things above, this is also a good time to use your Ultimate Attack!

- Use the "2x Rewards" option (watch an ad) if drops are great (depends on your current game progress, mostly if you got lots of high tier gears that you need, after completing a stage).

- TIP: If you can't complete the first 10 stages of a chapter, better farm from the previous chapter for now to get more shards and other resources, then try again. 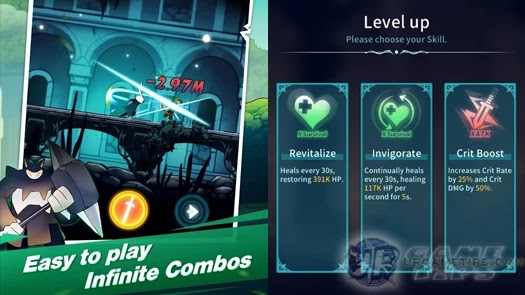 - If you still don't have your own preference or style, I would recommend focusing on getting mostly Survival Skills (single abilities only, combos are optional/situational). These skills can really help you survive and complete stages.

- Also useful when you picked the wrong choice during an encounter and your HP got reduced.

- TIP: Use your Ultimate Skill also to increase or restore your HP (get first a Survival Skill that would let you regain or increase HP when using Ultimates like Kill|Heal or Kill|+HP).

- Since you'll be focusing on Survival Skills, get your attack stats from gears and other sources like upgraded gears.

- Try other damage focused skills if you like (also to activate certain Combos), especially when you already have a good set of Survival Skills.

- Get Energy|+ATK (only if you have the other 2 Survival Skills) = to activate Kill|Recharge (After using Ultimate, restores 30% Energy).

- Get Vitality (if you have Energize) = to activate Power Surge (When HP is full, there is a chance to launch a group attack on all surrounding enemies). Nice additional fire power (AoE), but this is situational though (if you have decent HP regen).

- Mix and match them up if you like once you are familiar with them, including other/new combos if needed.

Watch Ads To Double It's Effect!

- For certain skills, you can watch an ad to double it's effect, useful when you are trying to complete harder stages or chapters.

- Example: Crit Boost + "Watch ad" option = would give you a nice Crit Rate and Crit DMG!

- Example: Dodger + "Watch ad" option = would give you a nice Dodge Rate!

Other Skills to Consider

- If the above options are not available, either watch an ad to "Switch" or consider getting skills like Shield, Tenacity (optional), Blast Area, or other similar skills to increase your survivability or passive damages.

- Since you'll be focusing on Survival Skills, avoid skills that would reduce your HP.

- For other damage type AoE skills, Carrot Bash is a decent nuke AoE skill to get. Death Bomb is situational.

- Any weapon will do, depending on your preference.
- TIP: If you want to play with Hammers later on, you can try a build focused on Crits and Damages to maximize it's Crit Rate and Crit DMG effect bonuses.

- TIP: Keep all Epic or higher accessories in-case you'll need them later to adjust skills for example. You can build a totally different set of skills and gear depending on the skill bonuses of your accessories.

That's it guys, thank you for checking our Beginner's Battle Tips and Skills Guide for the action and arcade mobile game Bangbang Rabbit!. Available for Android (Google Play) and iOS (App Store).