Bombastic Brothers: Beginner's Tips and Guide, Best Heroes To Get for PVP/PVE

Also refer below for some tips on how to Disassemble and Craft weapons and equipment to get higher grade gears, Daily Missions, and some quick Battle/PVP tips. 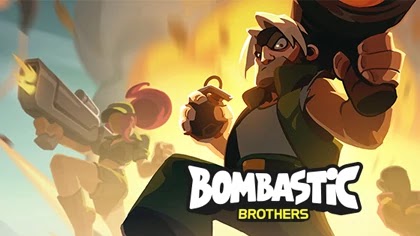 - Dodge is your best defense, learn all basic hero movements and use them to dodge attacks, also learn how to move and dodge while in midair (double jumps).
- Move to a higher ground or platform, because some enemies can only attack you if you are on the ground. It is also easier to dodge attacks this way by jumping up or going down the platform (Down+Jump).

- Learn enemy and Boss attack patterns, then counter with best hero or skills that you have.
- Avoid all attack animations and projectiles that would give you damage.

- All heroes got their own unique skill sets, learn how to use them in battle (range, duration of skill animation, damage, cool-down and more), and to counter Boss enemies.

- Indicates how much Total Power you should have on your chosen Hero to play a mission comfortably. You can try the mission even if you do not have enough Power, but you will face increased difficulty.

- This is where things gets a bit weird because even if your Hero's Power is a little below the Recommended Power, the game would increase the difficulty for that mission! You'll suddenly get terrible damages and receive higher damages compared when you are able to get your Power just a little over the Recommended Power (like equipping 1 Common gear, or replacing 1 Common with Uncommon gear).
- This is by design, still doable depending on the Hero used and Player Skill.
- This also applies to other game modes.

Which Heroes To Get or Use?

- All heroes are usable even outside battles.
- For unused heroes, give them assignments from the Operation Center or keep them busy in the Workshop (Crafting) or Smelter Room (Produce Gold).

- All 4 starting Rare heroes are useful early game until you get better ones. 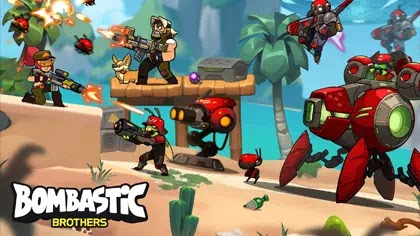 - All around starter Hero for early game, until you get Jack around Lvl 20+.
- Decent hero for PVP if you don't have better ones.

- Highly recommended especially for PVP because of her insane crit attacks (most Sniper do though).
- Even if she is just a Rare Blue Hero, she can still be very useful, especially when graded to 3 or more Stars. Easier to upgrade too, because her shards are pretty common.

- Check Hero information in-game to learn how to get their Shards.

- For unused heroes, give them assignments from the Operation Center or keep them busy in the Workshop (Crafting) or Smelter Room (Produce Gold).

- You might want to get this hero asap, to make your PvE life easier.
- Decent hero for PVP if you don't have better ones, almost on par with Jeff.

- Similar to Ginger and as a Sniper class, his attacks got high crits as well.
- Got a nice ability that would make him invulnerable and non-targetable for a short time. To use this ability effectively, you might want to consider equipping a slow firing weapon but with good DPS. 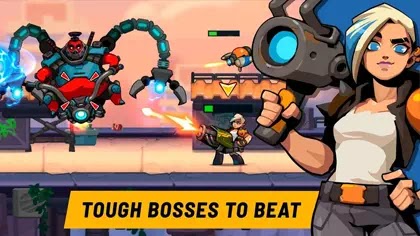 - If you want to get an alternative Heavy Class hero, especially for PVP, TNT is one of the best characters that you should aim for.
- Her WHIZZ drone's potential will also shine during PVP, just don't put her in the last slot.
- Also great for PvE, very useful for certain modes and bosses because she can survive direct hits and do stun attacks. 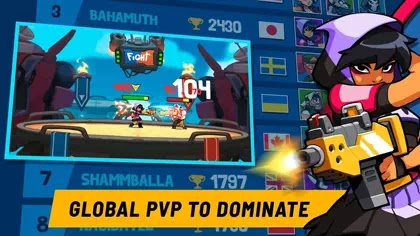 - One of my fave heroes and also highly recommended for both PvE and PVP.
- While her skill is active, she is invulnerable and non-targetable by enemy fire or skills!

- Probably one of the characters that you can decently play and complete a mission even if she has lower Power than the Recommended Power.

- Check Hero information in-game to learn how to get their Shards.
- Optional heroes that need to be purchased first before his or her shards will appear in Booster Packs.

- Train or upgrade required Class of Heroes if needed to complete these Daily Missions.
- TIP: It might be wise to wait and play your Daily Missions first to check which heroes to upgrade next (train or craft better gears for him or her).

- Gold
- Gears from Crates that you can dismantle for crafting better gears.
- Dogtags for upgrading heroes.

All Features Completed, What Now?

- If you don't have anything else to do, farm Gold to do upgrades in your Shipyard.
- It's gonna take some time, but if you only need some few Gold, go for it to advance your game faster!
- You'll also need them for crafting once you hit higher Lvl, and Gold can hinder you from progressing.

Where To Farm Gold?

- Start farming some Gold from easy boss stages.
- Example Stage Mission: Act 2-6 Normal, or any similar Boss stage that you can complete faster.

- Go to your inventory and select "Recommended" to automatically choose all low Lvl Common, Uncommon, and Rare gears. Only disassemble higher Grade gears that you no longer need. 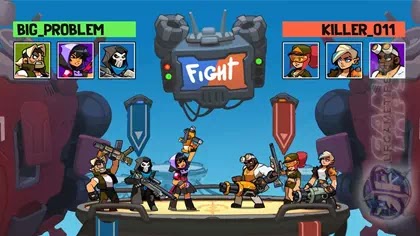 - Rating Points that you can get depends on the players that are available.
- You'll get less Rating Points if you defeat players way lower than you, higher Ratings Points for higher targets, and average Rating Points for those closer ones to your current position.

- The game will auto Re-roll available targets every after 15 minutes.
- Sometimes, it's better to wait for someone to bring your spot down to get a chance to score higher Rating Points (only do if Arena Tickets is below 3 though).

- If you have an active League group, save up some Arena Tickets to snipe positions just before the League ends. You can also buy Arena Tickets if you like. 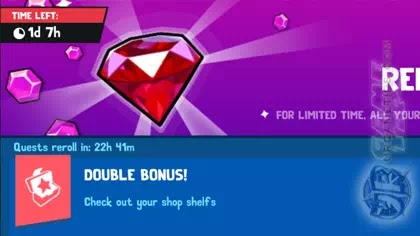 - If you want to buy Gems, you might want to trigger the Red Diamond Event first to get Bonuses when purchasing Gems (limited time).
- The Red Diamond is a rare random drop from enemies while in battle.

- Go for Jade Yang if you like to get some Boost early game.
- If possible, only buy Unique Offers that also offers weapons.

That's it guys, thank you for checking our Beginner's Tips and Guide, Best Heroes To Get and Use Guide for the RPG mobile game - Bombastic Brothers - Top Squad. Available for Android (Google Play) and iOS (App Store).