Sword Art Online: MD - How to Upgrade to 5 Stars, Skills and FAQs

✔ Strife D Leingod Published 7:20 PM
Tags
Android and iOS Game Apps
Sword Art Online: Memory Defrag Tips and Guides
4 Star characters will get higher stats as you upgrade them to 5 Stars, plus they'll be able to do combination attacks with your other characters to deal more damage to your opponents. If available, some of them might also get a Leader Skill that can greatly help increase your team's damage output.

You may also get some fully upgraded 5 Star Characters from Scouts with all the bonus effects and stats, Good Luck! ^^ 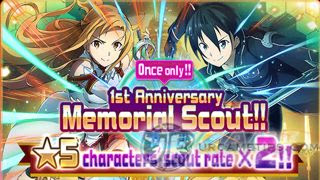 
5★ Characters Can Use Combination Skills!


- During SS3 of a 5★ Character, you can switch to a different party member to perform a combination attack or 2 SS3 attacks.
- Combination Skills are usable with any character. However, for several characters, their SS3 animation might not be compatible with others, so make sure that all of their hits sinks in.

- Combination Skills can't be spammed, so after a Combination Attack, start another SS3 or do a parry move to start with anyone that you like.
- TIP: The only exception so far is to use a 5* character with a combination skill, and can instantly unleash SS3s upon normal switch!

Other Tips for Ranking Events:


- In ranking events, when using Combination Skills, it is sometimes better to start with a long ranged character or someone that can cast a SS3 from a distance. This will enable your Combination Partner to auto approach the target upon switch.

- When using Combination Attacks you can technically cut the time of your initiator, so it is better to use a character that has a longer SS3 animation first. 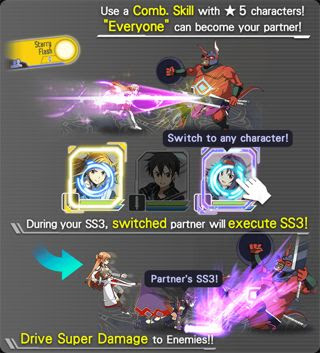 
- Simply set a 5* character as a party leader to activate his/her Leader Skill.
- *Note: Some 5* characters doesn't have a Leader Skill, especially those upgraded ones.

How to Upgrade 5-Star Characters


- Collect 10 Upgrade Crystals from limited events and use them to your upgradable 4★ characters.
- To Upgrade, go to your character's Unlock Attribute screen. If the icon is not present, that character is not upgradable to 5★ at the moment.

- Upgrade Crystals are still limited per event, so use them wisely. I would recommend using them only for your top tier characters, if you can't upgrade them yet, then reserve your Upgrade Crystals for later, just in case.

- New 4★ Characters that can be upgraded will be announced in-game after a "Popular Vote" contest for example.

Limit Breaking a 5★ Character after an Upgrade? 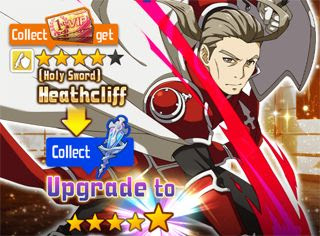 - Some 4★ Characters that you can get from Limited Events and Ranking Events (VIP Ticket or Medal Scouts) can only be upgraded to 5★ by gathering their exclusive Upgrade Crystals.
- These Upgrade Crystals are also limited and kinda harder to collect, so try to complete missions for points, or rank high to obtain more.


- When a 5★ character appears, and if you own the same named 4★ character, the 4★ character automatically upgrades to 5★ and 50 Hacking Crystals will be given.

- When a 5★ character appears, and if you own the same named 5★ character, then 100 Hacking Crystals will be given.

- *Please double check and make sure that the banner scout that you want to scout on contains a fully upgraded 5★ that has a 4★ version (some will get a lower combo partner bonus), or an original 5★ character (most of them will have better combination partner bonus).