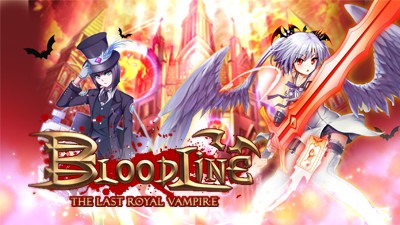 The game is based on the popular Japanese manga of the same name, Bloodline follows the exploits of the Last Royal Vampire, Lilo.I and her companion Ron, in their quest to save their loved ones from the militaristic order, the Holyland.

Bloodline is a mobile role-playing card game with emphasis on deep variety of character customization. Assemble a diverse roster of heroes across five job classes: Warrior, Archer, Assassin, Sorcerer, and Priest, and manipulate the elements of nature in order to counter the many threats you will face!

New Features of the Official Version

New Server 3: Oath of Dawn!
- For a limited period, the daily entry limit for the Child of Forest and Buried Legend events will increase from 2 to 3. Now get out there and loot up when the official launch begins!

Late-Night Supper!
- More Stamina for your squad. Available during Fridays, Saturdays and Sundays 11PM to 1AM (GMT+8).
- For the next four weeks starting from the official launch, a bonus log-in reward will be added that’ll give you 50 Stamina each time. Jump into Bloodline during weekends between 11pm to 1am and retrieve your Stamina Refill from your Mailbox.

Official Launch Bonuses!
- From October 14-21, log-in to Bloodline every day to claim your free Gems, Gold, Crystals, and more.
- Note: Rewards must be retrieved from your Mailbox everyday during this Promo Period.
- Once Bloodline officially launches, keep checking the Sign-In Calendar and Daily Tasks every day during the month of October to get your new beefed up rewards. 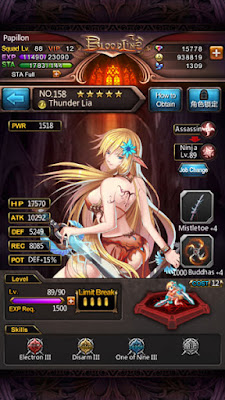 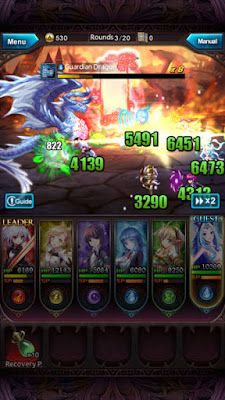 In-Game Features
- Personalize your Heroes and collect over 300 exquisite Hero cards as you face the foes of evil in this comprehensive RPG card battle game!

Collect Over 300 Exquisite Hero Cards
- Play as a vampire and form your very own powerhouse squad!

Customize Your Heroes
- You have total control over each Hero’s stats, so you can customize all of them according to your play style!

Simple To Play, Challenging To Master
- Strategize and manipulate the elements of nature into your favor in every battle!

In-depth Story line
- Immerse yourself in the Bloodline lore as you embark on this dark epic adventure.

No More Repetitive Grinding
- Focus on the excitement of the game with the optional Auto Battle, Raid and Mining systems!

Having a keen understanding of the advantages and disadvantages of every job class and element will be crucial to your quest for domination.

Prepare yourself for a one epic story in Bloodline, which spans dozens of action-packed chapter plots encased within seven massive worlds.
Download Now!

For Bloodline Beta Players
- BETA participants will be rewarded with a 3-Star Rae Card* as a token of appreciation.
- The 3 Star Rae card will be credited to your account (only facebook accounts) within 5 working days after the official launch.