Home ZENONIA S Guides ZENONIA S: Rifts in Time - How To Get More Zen and Best Ways to Use Them

ZENONIA S: Rifts in Time - How To Get More Zen and Best Ways to Use Them

✔ Strife D Leingod Published 5:19 AM
Tags
ZENONIA S Guides
Zen is used to purchase premium items or to unlock in-game features for more gameplay experience. Zen is very limited and will take some time to get some free Zen, so use them wisely! 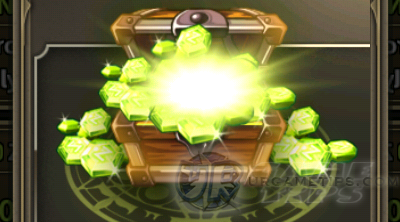 Monster Wave Zen Farming
- For more info about Monster Wave, go here: Monster Wave Info and Tips
- Clearing all 6 Difficulties will net you 210 Zen for the week, more if you can complete the newly added stage, difficult but you'll be able to get higher Zen rewards.
- Monster Wave Zen rewards will reset after the season ends (1 week), then you can farm again.

Monster Wave Zen Trick! (Update: No Longer Working!)
- This method will only focus on Zen farming, so forget Gold and Soul Stones for now.

- The idea here is to use multiple characters and use the 3 [Daily Entrance] tickets to clear all "UNCLEARED" difficulty levels that you can.
- Note that you need to spend 100 Zen to unlock a new character slot.

- Update: GAMEVIL has patched this trick, so it's no longer working. ZEN can still be farmed but only via first time clear (per account now, not per character hehe).

Get From Various Mission Rewards
- From Daily, Weekly and Event Missions: Varies depending on the current offers.
- Achievements: The "Reach Character Level" and "Defeat Raid Boss" rewards.

- Note that rewards varies depending on the current event.

Buy More Character Slots
- If you want to play other characters under same account.
- Useful for certain situations

Avatars! (Costumes)
- Can only be purchased with ZEN from the Shop. 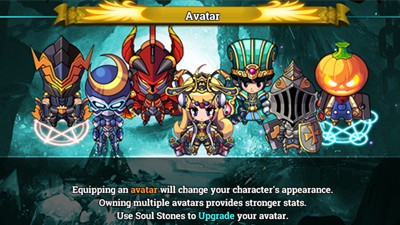 - Earn and buy the best Avatar for your character, then purchase the others to increase the stats of your character class, even if they are not equipped.
- *If you own more than one of the same avatar, the stats will be applied only once.
- Note that more Avatars will come out as the game goes, so continue earning.

Upgrading Avatars
- You can now upgrade your avatars using your excess Soul Stones. Upgrade them all to get more bonuses!

Stats and Skill Build Resets
- Just earn some ZEN for this, just in-case you want to reset your stat or skill build later, rather than starting from scratch again.

Arena V Pts Reward
- If you just need some few V Pts to reach the 300 V Pts reward (S Accessory Coupon), then it's ok to spend some ZEN for it.
- Use Instant Update too if you want to refresh your current Arena opponents.

Other Optional Ways
- If you really really can't pass Chapter 9, especially Hero Mode, other players also do this:
- Use your ZEN to revive in the boss map and continue playing with full HP and MP, this is ok especially when the boss is about to die.

- If you are one of the high level players who wants to farm more top Arena (A or S Fairy Coupon) rewards, then go for it too!