Royal Revolt 2: List and Best Spells to Use - Strengths and Weaknesses

✔ Strife D Leingod Published 3:50 PM
Tags
Royal Revolt II Guides
Here's a list of spells and info guide for the real-time action and arcade reverse tower-defense game - Royal Revolt 2! This section will cover some brief in-game info about Spells, with in-depth shortcuts to easily determine their strengths (strong against) and weaknesses (not effective against).

The Polls section is available on the second page of this guide, see below for the link. 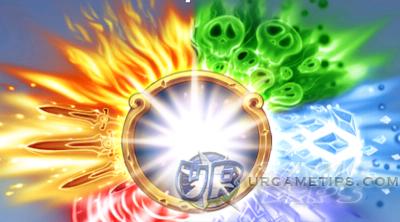 Hammerstrike (Blunt)
The Hammerstrike is effective against both units and buildings. Always a useful addition to a more specialized pool of spells.
- CD 7.0s | Duration: Instant | Range 2.4

- Attacks
- Stronger Against = Barricades, Blockades, and All Towers.

- Not Effective Against = Paladins, Frosters, and Cannons.

- Attacks
- Stronger Against = Paladins and Arblasters.

- Not Effective Against = Knights, Cannons, Pyromancers, Mortars, Spikes?, Barricades, Blockades, and All Towers.

Stun (None)
The Stun is best used when your opponent is stronger than you. Use it when you're at a disadvantage. Inflicts Stun effect to all enemy troops within range.
- CD 20.0s | Duration: Instant (Effect duration varies per upgrade) | Range 5.5

Firestorm (Fire)
The Firestorm burns everything and can be used to great effect against units and buildings, but is weak when unleashed against Blockades. Inflicts Panic effect causing enemy troops to Flee!
- CD 14.0s | Duration: 3.0s | Range 2.4

- Not Effective Against = Pyromancers and Spikes? (might be a bug).

Swordrain (Piercing)
The Swordrain is may be the most effective weapon against units and has the biggest range. Be sure to have it in your arsenal.
- CD 15.0s | Duration: Instant | Range 5.5


- Attacks
- Stronger Against = None, based from in-game stats, but it has wider range and good damage output (mostly kills low HP Troops in 1 shot!).

- Not Effective Against = Paladins, Mortars, Spikes, Barricades, Blockades, and All Towers.

Heal (None)
The Heal allows you to heal your troops from damage, fire and poison. Depending on your strategy, this one could be a very strong spell. Note: This Spell doesn't heal your Hero!
- CD 15.0s | Range 5.5

Shield (None)
The Shield is best used when attacking with a huge army and gives you an enormous benefit in pitched battle.
- CD 20.0s | Range 5.5

Bladestorm (Normal)
The Bladestorm is the longest lasting spell and is best used against encampments of defensive buildings.

- Attacks
- Stronger Against = Paladins and Cannons.

- Not Effective Against = Spikes.

Sonic Blast (Blunt)
The Sonic Blast will cause massive damage to everything. This spell can help you in the diciest situations.

- Attacks
- Stronger Against = Barricades, Blockades, and All Towers.

Best Spells to Use - Based from Polls!
- Since we all have different preferences and opinions about Spells, it is best to lay it out as Polls instead, and let all players participate and share their thoughts. ^^