Here's a list of Night Surfers Tips, Tricks and Strategy Guides, that will help you control Alex to run while escaping dangerous hurdles and grabbing powerups and treasures in this amazing high-quality 3D game. 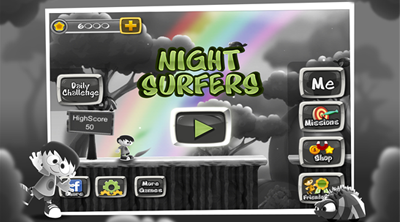 Boosts/Skills/Power-Ups
- Skills that you can pick up while running to get a limited time power-up.
- Can be upgraded with Coins to increase their duration.

- Only 2 active Boosts can be used at a time. To use another boost, at least 1 active skill must be removed first by consuming it's current duration. Take note of this tip because this will greatly affect your performance end game.

- While using Boosts like Tornado Power or Power Booster, always check it's duration below your game screen, if it's about to end, start dodging obstacles to avoid getting accidental penalties.

High Scores
- To get high scores, run as long as possible and smash all monsters that you can.
- Upgrade Boosts that will increase your survivability like Double Jump, Tornado Power and Power Booster!
- Max Double Multiplier boost to further increase your high scores!

[Jump > Roll (tap only)] or [Jump > Roll (tap only) > Jump]
- This will enable you to cancel a jump or double jump, pretty useful especially when the pace is getting faster.
- Master these 2 commands to fully control your character!
- This is also the best way to smash or avoid monsters in the game. Here are some examples where you can apply it. 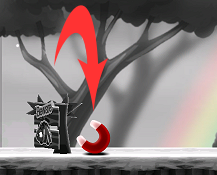 - Jump > Roll (tap only don't hold)
- To get Boosts right next to an obstacle, you might miss it with normal jump. 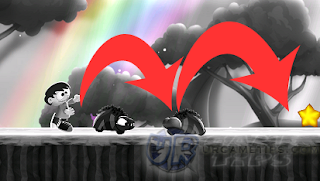 - Jump > Roll (tap only don't hold) > Jump
- To do a quick smash and dodge, can also be used on the first monster. 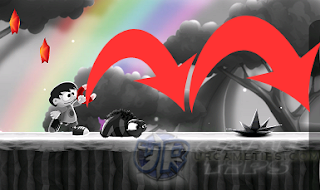 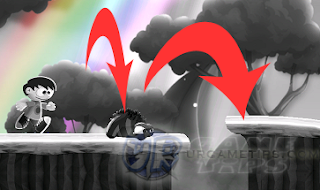 - Normal Jump: You will fall into the pit!

- Jump > Roll (tap only don't hold) > Jump
- To smash the monster blocking your way, giving you a good jump position (to avoid the pit fall). You will be encountering this situation a lot, so take note of this.

- Normal Jump: You will lose a life bumping into that monster!

- Jump > Roll (tap only don't hold) > Jump
- Jump to avoid the pit fall then quickly tap on Roll to land, jump again to avoid the monster. You will be encountering this situation a lot too, so take note of this.

- There are so many ways to use this trick, explore and use it well!

Build Explanation
- It would be ok to get Coins related boosts to get fast Coins early game, the only problem is that, you are only allowed to use 2 Boosts while running and you have to wait for the duration to expire before you can get another boost! This is actually bad end game.
- On the other hand, Jumbo Coin is ok because it doesn't have a duration.

- At end game where you will be focusing on getting high scores, upgrades like Magnet and Coin Doubler might hinder you from getting the more important boosts like Tornado Power or Power Booster!

- Example End Game Scenario: A player maxed all Boosts then starts to play to get a high score. He picked up Magnet and Coin Doubler (both are quite common too!) then starts to gather Coins, but he realized that he doesn't need Coins anymore because he's awesome. Now, because of Magnet and Coin Doubler's very long duration, he missed 3 Tornado Power and 1 Power Booster!. After the duration of both boosts, he lost the game with low high score.

- My point is, the suggested build above (without Magnet/Coin Doubler) will give you more easier time getting high scores!. Yes, you will still get Magnets and Coin Doublers while playing but their duration are short giving you more chance to get and enjoy both Tornado Power and Power Booster's long duration and invincibility.
- Magnets and Coin Doublers are too common anyway, so you can still farm enough Coins early game. Good Luck! ^^