✔ Strife D Leingod Published 7:06 AM
Tags
Defenders and Dragons Guides
Here's a game guide on how to defeat the Ettin Boss when playing the Multiplayer Collections Mode in the action and arcade defense game - Defenders & Dragons.

Ettin Boss really does have a very high Heath Points, and you'll need to defeat this boss under 3 minutes! It looks impossible especially when you don't have enough upgrades, but here are some tips to help you defeat it! 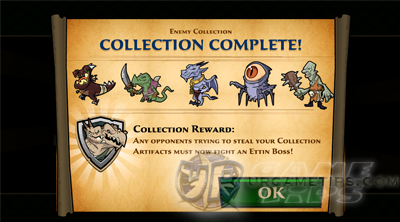 Most players online will get the Ettin Boss for additional defense (you can't run past enemy bosses!), or to make other players think twice and attack other players instead.

Tip:
- If you think you are powerful enough to take on your opponent's defenses, just run past enemies with your Knight or Ranger, note that you can't get past Warriors so defeat them fast. Attack and destroy the Seal before the Ettin Boss Appears!

Recommended Steps:
- If you want to take your time instead, do these steps:

- Start the battle, then boost your Leadership Lvl to 2 or 3.
- Defeat the first few waves until the Ettin shows up at the Bridge (center area to avoid your opponent's Battle Bell and Archer Sentries). Try to defeat the enemy Hero too!
- Continue spamming Peasants, then quickly cast Reinforcements then Flash Bomb, time it well! Let your Peasants swarm the Ettin Boss, and if you have enough Peasants attacking, you might be able to stun lock the boss for easy kill!
- Repeat until the Ettin falls down! 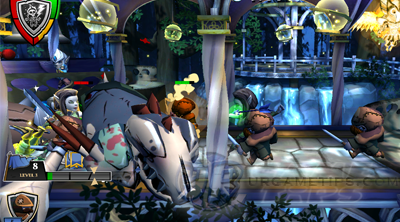 - Next, destroying the Seal will depend on how powerful your enemy defenses are, shouldn't be a problem now though, unless you opponent has insane upgrades!

- For Knight and Warrior users, you can still do the steps above, just use both Lethargy + Summon Tornado on the Ettin boss to give it a massive slow! Swarm with Peasant and win!