Marvel: Avengers Alliance: What is Coordinated Attack and Defense?

✔ Strife D Leingod Published 8:58 AM
Tags
Marvel: Avengers Alliance Guides
"Avengers Assemble" is a bonus attribute for selected avenger hero uniforms. These powerful attributes are only available for a limited time!, and are pretty expensive because they require a higher amount of Command Points. This is a huge advantage for your team if you have them before they expire! 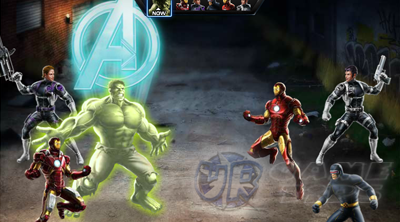 To unlock these uniforms with "Avengers Assemble" attribute, you must first recruit any of
the following Avenger Heroes. You can browse their Avenger uniforms from the team management section.

- After recruiting the Hero of your choice, you will need to recruit their Avenger uniform
next! Yes it will take 2 recruits to get 1 Avenger uniform! Check the uniform's stats to make sure it has the "Avengers Assemble" attribute.

Coordinated Attack
- You need at least 1 Avenger Hero for this to work.
- Triggers after the first turn of the first Avenger Hero.

- Chance to trigger every time you attack your opponents.
- The Hero or Heroes that will join the attack is random and uncontrollable.

Coordinated Defense
- To make this work, you need to have 2 Avenger Heroes in your team.
- Triggers after the first turn of the second Avenger Hero.

- Chance to trigger every time your opponent attacks your allies with a single-target attack.
- Works like a counter attack. The Hero/es that will retaliate is random and uncontrollable.