Refer below to learn the basics and mechanics of the game like how to start the game with better Charm Skills, battle tips, recommended abilities to get for your heroes, and more. 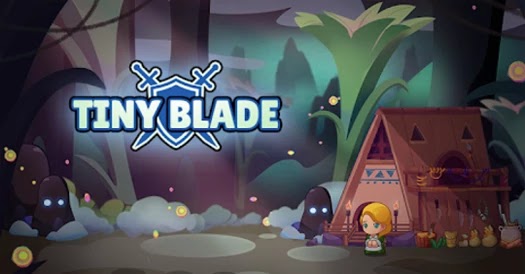 Get The Best Charms ASAP!

Your Aim: Open Treasures and Get Charms

- Charms are your equippable Skills in the game.
- Go to the Shop and keep buying Gold Treasures (50 Gems), also open up free Treasures once they are available. Aim for the recommended Charms below.

- Aim for at least 1 Lightning Punch (nuke skill) that gives +% Magic Damage or +% HP, to make things a lot easier early game.
-  If you can also get 1 AoE skill for sniping like Justice Wheel or Ether Shock, that's even better.
- Equip them to your Hero and upgrade as you go.

- Keep earning Gems from Lucky Spins and other Sources to open up more Gold and Ruby Treasures from the Shop. 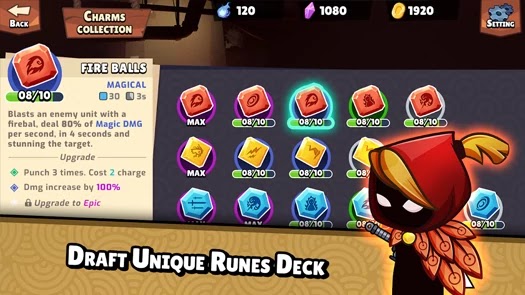 - Note that all ratings given below are based on personal experience, how useful are they including Damage, CD, DPS, Range of Attack, Number of Hits, and more.

- Track and take down all the targets in huge area of the screen. Become invincible in [...] second(s), and deal 40% Magic DMG to those targets.

- Rating: 2/5 = Nice skill that can snipe targets below/above your Hero, but base damage is low, CD is a bit high and only hits once per target. Makes your Hero invincible while using skill.

- Rating: 0/5 = Long duration and you are stuck with it! Limited range, low base damage, and can't protect you from fast melee enemies due to low interval time.

- Throw out the lightning balls in front of character, strike all the enemies in [...] second(s). Deal 35% Magic DMG to those targets.

- Rating: 3/5 = It has low base damage but can hit multiple targets (up to 3 including above/below Hero, nice skill for sniping), decent range, nice CD giving you better DPS. Can also be dropped midair for strategic attacks.

- Unleash the breath of fire in front of character. Deal 90% Magic DMG to those targets.

- Rating: 1/5 = Short ranged skill, good base damage and CD but can only hit once per target (sometimes doesn't hit well though) giving you lower damage output and DPS.

- Charge towards and punch the enemies with power of fire. Deal 100% Magic DMG to those targets.

- Rating: 2/5 = Decent range (front, in-line), good base damage and CD but can only hit once per target. The best thing about this skill is that it can make your Hero invincible while casting the skill, nice counter for ranged enemies.

- Create the flame shield around the character, burn all enemies surround in 3 second(s). Deal 60% Magic DMG to those targets. Interva...

-Jump into the air, and land to the ground. Create the shockwave, and deal 100% Magic DMG to all surround targets.

- Rating: 2/5 = Good base damage and CD but can only hit once per target at limited range. Best paired with a skill that can make your Hero invincible, or just simply jump away or spam attack in-case this skill can't defeat your target/s in 1 shot.

- Swing the powerful Yoyo surround the character, deal 80% Mag DMG to those targets.

- Rating: 4/5 = It has decent base damage and a bit high CD but range is wide that it can hit almost all enemies nearby! Excellent AoE skill for sniping (ex: jump and cast near the edge of a platform to sink more hits against enemies above your Hero) and also for reducing high HP enemies before using nukes.

- Focus the lightning energy to the hand, release it with flashing move towards enemies. Deal 100% Magic DMG to those targets.

- Rating: 5/5 = Decent range (front, in-line), good base damage and CD. The best thing about this skill is that it can make your Hero invincible while casting the skill, nice counter for ranged enemies.
- TIP: This skill can hit multiple times per target making it as you main nuke skill. Best when used right beside an enemy like Bosses for even more damage!

- Take out ranged enemies asap (check their weapons), or at least move away from their line of sight. Use skills that can snipe or let you get close to them without getting damaged.

Thin Out the Mobs

- Avoid diving to enemy mobs unless you know what you are doing. Example: If you are up against some tough enemies, lessen their HP first with a ranged AoE skill, then take them all out with a stronger skill.

- Quickly eliminate enemies before the next waves pops out, to avoid getting overrun by monsters (higher chance to get some damages). Stay away from those small platforms too because monsters can also spawn there.

- Watch out for Statues that can give some buffs to nearby monsters! 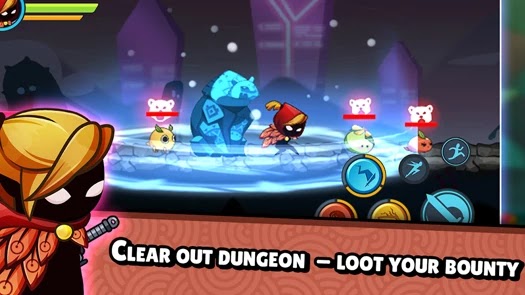 - Once you are able to roll some bonus abilities along the way, it is best to choose the ones that suits your Hero's stats, build, or playing style.

- MaxHP+ bonus depends on your Hero's current MaxHP.
- Note: Also get this if you want to heal your hero while adventuring.

Recommended Abilities and Stats To Get

- These heroes got some decent base HP so better get HP Boosts to increase their Max HP, heal up more HP per Boost, and sustain more damages. Magic Power is where you should also focus on since you'll be spamming your skills more often, so get Magic Attack Boosts.
- Get Attack Boost only if the above ones are not available.
- Crit rate is too low and only works with normal attacks so better avoid Crit Chance and Crit Master.

- You can play this Hero using 2 Builds:
- 1) Follow the same build above.

- Use this option if you need to Heal (try to get HP Boost), or if there are no better choice (depends on Hero and build).

Daily Rewards and Other Freebies

- Lucky Spin: Use up all Free Spins and Ad Spins (watch video ads once available).
- Shop > Oak Treasure: Free and available every after a set amount of time. 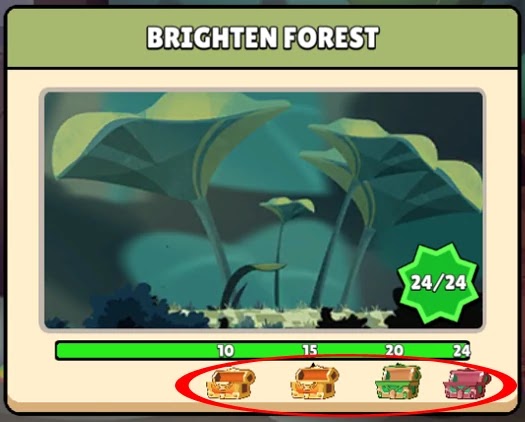 - Stage Reward Treasures: Don't forget to open them (no longer available after new update!).
- After Battle: Watch a video ad to double your rewards.

How To Farm More Gold?

- Enter the highest Stage or Dungeon that you can enter.
- Next, defeat all enemies and advance until you can find an enemy mob where you can let your Hero die fast (make sure to turn off Auto Attack function). Also make sure that you clear at least 2 stages to unlock the "watch video ad option", to double your rewards.
- Optional: Remove all HP+ or HP+% bonuses, and do not get HP Boosts. Use Charm Skills that can help you defeat enemies fast.