Bloodline: Hero Job Class Bonuses and How to Change Jobs

✔ Strife D Leingod Published 5:47 PM
Tags
Bloodline: TLRV Guides
In Bloodline, every Hero has it's own Job Class. Job Class cannot be changed, however, Heroes can advance their Job Class to a 2nd Job type of similar Job Class. After Job change, Heroes will gain different stat bonuses that can be increased by upgrading their class rank. 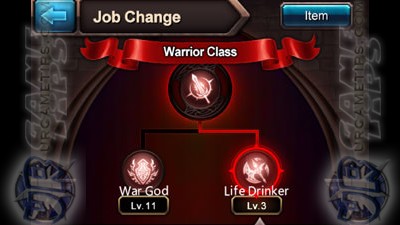 - Base Jobs and Passive Bonuses -

Warriors
- Increased chances of being hit, but has 5% damage reduction.

Archers
- Increase damage by 10% when in full HP.

Priests
- Gain 7 Fury at the end of each round.

Every Hero will have at least 2 types of Job Advancement Paths. After Job Change, your Hero will receive a big boost to their 4 main attributes. You may strengthen your Hero further using the Energy earned from Job Change Dungeons.

Sorcerers
- Sorcerer: Fury damage increased by 20%.
- Mage: Gain 20% HP after killing an enemy, raises CRI ATK rate by 20% for next round.

*Note: Based from the in-game help menu, there are more hidden jobs besides the ones mentioned above.

- The Job Change System and Requirements - 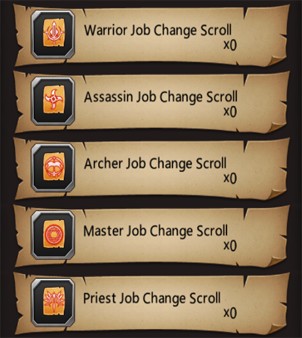 Rewards
- Job Change Scrolls are used to fulfill the Job Change Requirements of your Hero.
- Energy are used to "Power Up" your Hero's 2nd Job Class further.
- Unlock higher difficulty stages to earn more per run.