✔ Strife D Leingod Published 12:33 PM
Tags
Mage and Minions Guides
Here's a guide on how to effectively customize the Mage class for Normal, Heroic and Legendary Modes. Note that you can change skills while in battle, as long that their cool-downs are done, pick what you think is best for the situation.

«Back to Mage and Minions: FAQ, Tips, Tricks and Strategy Guides List 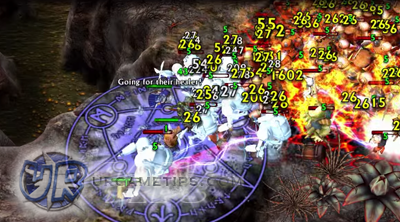 - Recommended Stats to Get from Gears -


Primary Stats
- Time Bending Gears: +% Cooldown Reduction (CDR)
- This is a very useful stat especially if you want to challenge the Heroic and Legendary stages. It lessens the cooldown timer of your skills, giving you more chance to chain powerful spells.

Secondary Stats
- Ideal random Stats that will go with your Primary Stats.

Why No Defensive Stat?
- Because even if you have a nice defensive stat gears, some monsters are still able to 1 hit kill your hero (Heroic and Legendary Modes). This is also the reason why players focuses more on increasing their damage output to quickly eliminate monsters while keeping their control skills active all the time.

- Heroic and Legendary monsters have higher HP too, so you really need to increase damage output to maintain your kill rates.

Tomes or Shields For Mages?
- Tome, because in this game, "blocks" doesn't totally block all damages, it would still depend on your shield's damage resist capacity.
- When playing Heroic and Legendary stages, monsters that can 1 shot kill you can still pierce through shield blocks, so it's better to focus on Damage output instead and use mob control skills.


The best thing about this game is that it doesn't follow any skill trees, you are free to choose any skill builds you want while playing. Just unlock and upgrade the skills, but to help you choose which skills that works together, refer to the build below.

Notes:
- It's ok to at least upgrade the following skills up to Lvl 6, then choose and upgrade the skills you want most, it's ok to upgrade them all. Non listed abilities are not recommended, but still optional.
- You can change skills while in battle, pick what you think is best for the situation. Example: You are using Fireball and Arc Lightning to destroy mobs, but if you are up against a 1 on 1 boss, you can switch your Fireball with Arcane Bolt or Frostbolt for better damage output.


Frostbolt
- A nice early game single auto attack skill, combo with Frost Nova to keep the double damage in effect. Recommended while building up your CDR to around 50%, then start upgrading Arcane Bolt.

- 1 vs 1: Awesome DPS with bonus control (freeze) effect. At Lvl 10, this skill can also slow down enemies in an area. Recommended for 1 on 1 Boss fights if you need more control effects.

- Vs. Mobs: Great kill rate because you can quickly reduce their numbers, or prioritize enemies you want to eliminate first. Others are better though once you have nice control skills.

Fireball
- A nice auto attack skill vs mobs, upgrade then use with Frostbolt early game.
- "Affects Enemies" means it does additional splash damage or damage over time to monsters around the target.

- 1 vs 1: Bad, Arcane Bolt and Frostbolt are still better.

- Vs. Mobs: Awesome vs compressed mobs, and even better if you are lucky enough to pull lots of Meteors at Lvl 10! Combo with Attack Speed skills.
- Use Eileen's companion skill (Vortex) to compress mobs, then spam Frost Nova to keep them still.

Arcane Bolt
- Late game auto attack skill. Recommended after reaching Lvl 10, and after getting somewhere near 60% CDR to spam Frost Nova. Frost Nova's mob control will greatly help you use this skill with less worry.

- 1 vs 1: Awesome DPS because it can dish 6 bolts per cast, even better than Frostbolt when played right. Replaces your Frostbolt late game, but make sure it's at Lvl 10 first.

- Vs. Mobs: Great but kill rate is a little lower because it's attacks will scatter, and it's only limited to 6 targets per strike. Fireball and Arc Lightning are still better against heavy mobs, when played right.

Arc Lightning
- A must have late game skill, but upgrade this first to Lvl 10 though to get the Attack Speed effect and to increase it's jump chance. 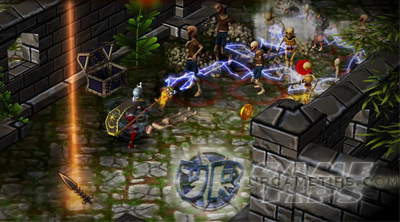 - Vs. Mobs: Awesome vs compressed or scattered mobs if your Critical Chance and Critical Damages are high enough. If you do, replace Fireball with this wide ranged mob destroyer.
- Combo with attack speed like Time Warp and control skills too.

- Note that it doesn't bounce back to previous targets (tested without companions), and it has 20% damage reduction per bounce, but still, this is an awesome skill vs heavily packed mobs (about 10+ monsters) as long that it keeps chaining and do criticals per attack.

- If you reached Lvl 10 but you don't have yet enough Crit chance/damage, pair it for now with any of the auto attacks you prefer above. Use against monsters to gain the attack speed bonus then switch to your other auto attack.

- Note: The 20% damage reduction can't reduce your damage to 0, it can only weaken.


Frost Nova
- Damage is normal, but what we want here is it's massive mob control effect that lasts for 6 seconds! Even better if you have somewhere near 60% CDR to let you spam this whenever needed.
- Use and upgrade this up to Lvl 10 as soon as possible, combo with Frostbolt early game to boost your attack damages.

- Use Eileen's companion skill to (Vortex) compress mobs, then use this skill.
- Note: Frost Nova can be spammed at 50% CDR, but I still recommend to go higher because boss monsters will have lesser freeze time than normal monsters.

Time Warp
- To greatly increase attack speed and to help you dodge 1 hit kill projectile or charging melee attacks.
- This is really a handy skill that gives you a better chance to think of what skill combinations are best on your current situation, allows you to properly cast spells, and more.
- Reach somewhere near 70% CDR to cast this spell more often.
- Highly recommended for conquering Heroic and Legendary Modes.

Immolate
- Awesome damages vs heavy mobs, Hits 3 times by default plus burn damages, as long that the targets are within range. I will also consider this as a late game skill, after reaching somewhere near 60% CDR to easily cast Frost Nova, especially Time Warp.

- Great for amplifying damages. "Affected targets take up to 30% more damage" means while the targets are within this skill's area of effect, all attacks will deal additional 30% damage to them!
- This is also a nice combo to give extra damages to your Arc Lightning skill, and since it's AoE is so wide at Lvl 10.

- Challenging to use under Heroic and Legendary Modes due to lesser control skills.

Arcane Deflection
- Gives a bonus "time slow effect" to help you dodge or deflect back projectile attacks or charging melees. Use this ability if you are having trouble on stages with heavy monsters that can 1 hit kill you.
- Combo with Time Warp and Lvl 10 Frostbolt for control if you want to use this, also recommended for conquering Heroic and Legendary Modes.