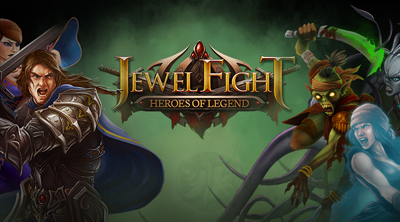 - Once you enter the battle, tap Pause (lower right corner), then select exit to Map.
- Voila!, you now have a full HP bar, go on and continue your game.

- Note: Not available during tutorials, you need to complete the tutorial and unlock the Arena first.
- Note: It looks like the tutorial for the stage will disappear once you reach late game, for me it was after I completed the "Amulet" and after losing to "Moltenheart".

- Other Alternatives:
- Simply advance the time of your device, then go back to the game.
- Example: 25,000 HP will take about 7 hours, so advance your current time to +7 hours, or until you have full HP.

- Conserve your Health Potions, use it for the final battle versus Ash'eon.
- Only upgrade your late game or final items.

- Tap & Hold skills during battle to view more info about them.
- Equip 1 Offensive Skill and 2 Tactical Skills, it's kinda better.
- Sometimes, it is better to save up your Tactical Skills for destroying Marked Gems.

- Once you have completed the Amulet late game, start adding more Critical Chance % to your Stats, to activate this more often (still optional though, depends on your class). It will fully charge your Skills and transforms some Gems to Special Gems, use it wisely.
- It is wise to fully charge your amulet first before a fierce battle (might need higher Critical Chance %).

- Method 1B:
- Continue using the character above to gather Gold and Crystals, then delete them once the game gets too hard, repeat steps.
- Note: Do not buy or upgrade anything, just feed all farmed Gold or Crystals to your Main Character. If you want to continue and buy some skills and items for this character, you may do so.

Other Notes:
- Doing high combos during battle will generate some bonus Gold too.
- If you just want to get Gold, you can exchange your farmed Crystals for Gold from the Market > Treasury. I recommend the "Chest of Gold" 200 Crystals for 30,000 Gold.
- Note: This trick might not be available anymore if the game is patched hehe.

- Suggested Build: HP, Damage and Defense (or replace some Defense or HP with Crit late game).

- Mages
- Gets Attack Damage bonus (Lvl based).
- Offensive skills will take 3 or 4 turns to attack.
- Exclusive Tactical Skill: Chain Lightning (mark 3 Gems to activate the Chain Lightning skill)  A nice skill for destroying marked gems, note that it will only destroy Gems along the lines of the formed triangle. Yup, it won't destroy Gems inside the triangle.

- Rogues
- Gets Critical Chance % bonus (Lvl based).
- Offensive skills will only take 2 turns to attack.
- Exclusive Tactical Skill: Killing Spree (mark as many stones as you can to destroy them!) This one is very useful for destroying multiple marked, or unwanted gems. Very flexible so I recommend this one.

- Offensive Skills
- This is where you will be doing a lot of adjustments according to your enemy's skills set.
- It's ok to get all 3, it's cheap anyway and you'll need them all.
- Select an Offensive skill with at least 1 Gem that your enemy isn't using, but if you enemy has all 4 default Gems, use any that you think is best.
- Dissolve Gems needed to charge up your offensive skill, focus more on firing this one.

- Defensive Skills
- Ignore any info about them, all Defensive skills will only increase the counter/s marked by your opponent, that's it.

- What Are Marked Gems?
- If Marked Gems reaches a zero counter, it will explode and deal moderate to massive damage to your HP next turn, so dissolve them quickly or use your Tactical Skills to get rid of them.
- In my opinion, it is better to replace your Defensive Skill with a Tactical Skill asap, preferably a Tactical Skill that can destroy Gems. Yes, it better to destroy them rather than extending their time, because some marked Gems are impossible to dissolve.
- There are several types of "Marked Gems" that enemies can conjure, tap and hold on skills to see their info.

- Triggered Tactical Skills
- Tap and hold on the skill to learn the requirement, example: Mage's Chain Lightning skill. You need to select 3 Gems forming a triangle to trigger the skill.

- Instant Tactical Skills
- Skills that will automatically count down, upon activation, example: Rogue's Killing Spree skill. Once you activate this skill, mark as many Gems that you want to be destroyed, you only have a few seconds to do this. 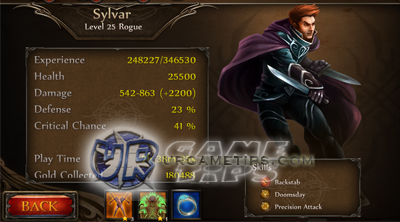 - Choose your skills wisely, Ash'eon will use Dark/Light Gems first, then he will switch to Dark/Light/Red later on. Green and Blue (Red is also ok) are the best Gems to use against him.
- Check sample screenshot for my Rogue skill selection below. 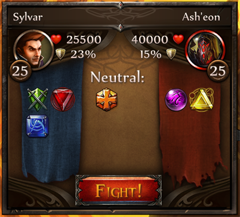 - Skills Used Above: Backstab, Precision Attack, Doomsday.
- Backstab, Killing Spree, and Precision Attack is also ok.
- Ash'eon will also buff his attack damages during battle, so you also need to move faster.
- Try to dissolve all Gems marked by him to avoid massive damages.
- Charge up your Amulet first, before entering the battle (might need higher Critical Chance %). Use it to recharge your Tactical Skills, and help eliminate all marked Gems.
- If you reached this point of the game, then you should know how to use the above info and fight by now, good luck!
_______________________________________________________
Hello Fellow Gamer! ^^
If you have discovered an awesome tip, trick, or strategy, feel free to share them here too by using the comment section below this guide, thanks for helping other players!
Same if you need help or have questions about the game.
Come back here for more tips, tricks and guide updates for your favorite online or offline Games! Good luck and don't forget to share your favorite game guides to your friends!