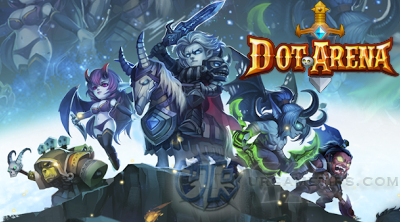 Labeling Guide:
- Tier 1 Arena Heroes = The Hot Picks! Popular Heroes in the Arena that also recorded 20% or more overall usage, but ratings are also affected by usefulness, competitiveness, top recommendations and more. It's not necessary to group them all up, find a team that works together including Tier 2, especially for Epic Arena.
- Tier 2 Arena Heroes = Heroes that are decent in the arena with around 7% overall usage. Still viable but requires specific hero synergies. Situational and debatable heroes will be categorized here too.
- Tier 3 Arena Heroes = Becomes a rarely used hero in the arena (around 1% overall usage), still ok though for certain hero combos, or if you don't have any better choice at the moment, especially early game.
- "Black Texted" Ratings: No Tier yet or still under review, suggestions are welcome ^^.

Other Notes!
- To newbies, please keep in mind that level grinding will take longer as you go, so it's better to focus on heroes on your current level, than prematurely using  Lvl 90 Tier 1 heroes early game (makes your progress difficult). Farming hero soul stones for later is always a good idea though, go for it.
- For basic info on how to create teams and formations, go here: General Team Building Guide

Brief Change-Logs and Info
- I will no longer include hero descriptions to make this guide uncluttered, but I will provide brief change-logs and info here. Suggestions are welcome to help polish this guide ^^
- Note: New heroes will take time to upgrade and max, and players will probably start to test them out, once they include them to the redeemable shops.